BCCI secretary tweeted and announced the schedule of upcoming Men’s Asia Cup 2022. Currently, team India is in West Indies, playing for the IND vs WI five match T20 series. Post West Indies tour India will also commence the Zimbabwe tour and after that all the Asian cricket team will gear for the Asia Cup.

But the major highlight for the cricket fans is that both the arch-rivals India and Pakistan will finally lock horns against each other after two years. The Men’s Asia Cup is starting from August 27, 2022. And both India and Pakistan are in the A Group opener, which will be played in Dubai on August 28.

Men in Blue will first play in Group A along with Pakistan and the third team will be a qualifier. On the other hand, Sri Lanka, Afghanistan and Bangladesh are in Group B.

However, this will not be the end of India vs Pakistan battle. A month after the Asia Cup, Both the neighbouring countries will take down each other on October 23 at the iconic Melbourne Cricket Ground for the ICC Men’s T20 World Cup 2022.

BCCI secretary also tweeted about the venue of these matches. Asia Cup 2022 will begin from 27 August and all the matches will be played at Dubai and Sharjah till September 11.

August 28 – India vs Pakistan at Dubai

August 30 – Bangladesh vs Afghanistan at Sharjah

August 31 – India vs Qualifier at Dubai

September 2 – Pakistan vs Qualifier at Sharjah 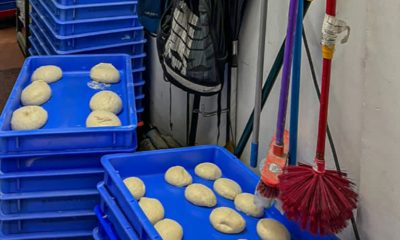 On Twitter, videos of a Domino's outlet in Bengaluru have gone viral. In the photo, a mop and a toilet brush were...