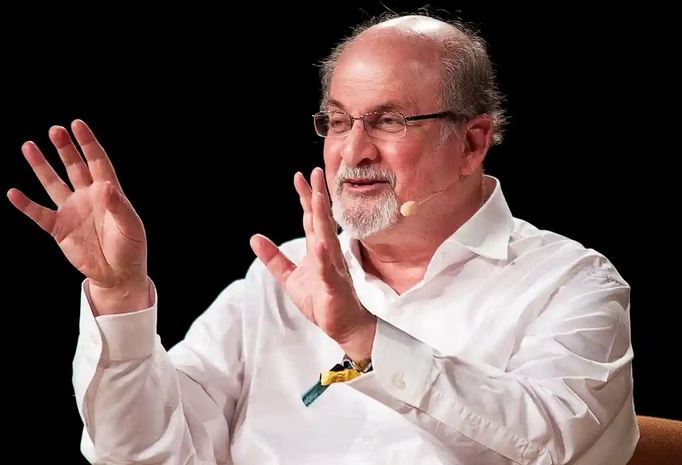 Hours after the attack on Salman Rushdie at Chautauqua Institution’s summer literary festival in western New York, the eyewitnesses of the globally famous author’s onstage stabbing said he was hit 10-15 times in 20 seconds.

Rabbi Charles Savenor, who was in the audience for the lecture at Chautauqua Institution, said the attacker ran onto the stage and started pounding on Rushdie. The attack lasted about 20 seconds, he told the news agency. The attacker punched or stabbed Rushdie 10 to 15 times, the AP reporter said.

The assailant ran up onto the stage and attacked the Booker Prize winner British author Salman Rushdie and an interviewer Henry Reese, the New York Police said.

A woman from the audience, Kathleen Jones, said the attacker was dressed in black with a black mask.

Rushdie fell to the floor immediately, and the attacker was restrained. A small group of people surrounded the author, holding up his legs, presumably to send more blood to his chest, the AP reported. Later he was taken to an area hospital by helicopter.

New York State Governor Kathy Hochul later said he is alive and getting the care he needs. Her thoughts are with Salman Rushdie and his loved ones and promised all help in the investigation, she tweeted.

A person interviewing Mr Rushdie suffered minor head injuries in the attack. The New York Police confirmed the onstage stabbing of Rushdie. The attacker is in custody, police said.

The attack happened around 11 am local time (8.30 pm IST) as Rushdie was being introduced before he was to speak. The Chautauqua Institution, located in a rural part of New York, is known for its summertime lecture series.

Rushdie’s The Satanic Verses forced him into hiding for 9 years. The post-modern novel sparked outrage among some Muslims for its blasphemous content. He had banned in some countries due to the blasphemous nature of his book.

Related Topics:Eyewitnessesonstage stabbing in new yorkSalman Rushdie attack
Up Next

Over 13,000 runners to join Soldierathon 3.0 tomorrow across India to honour soldiers