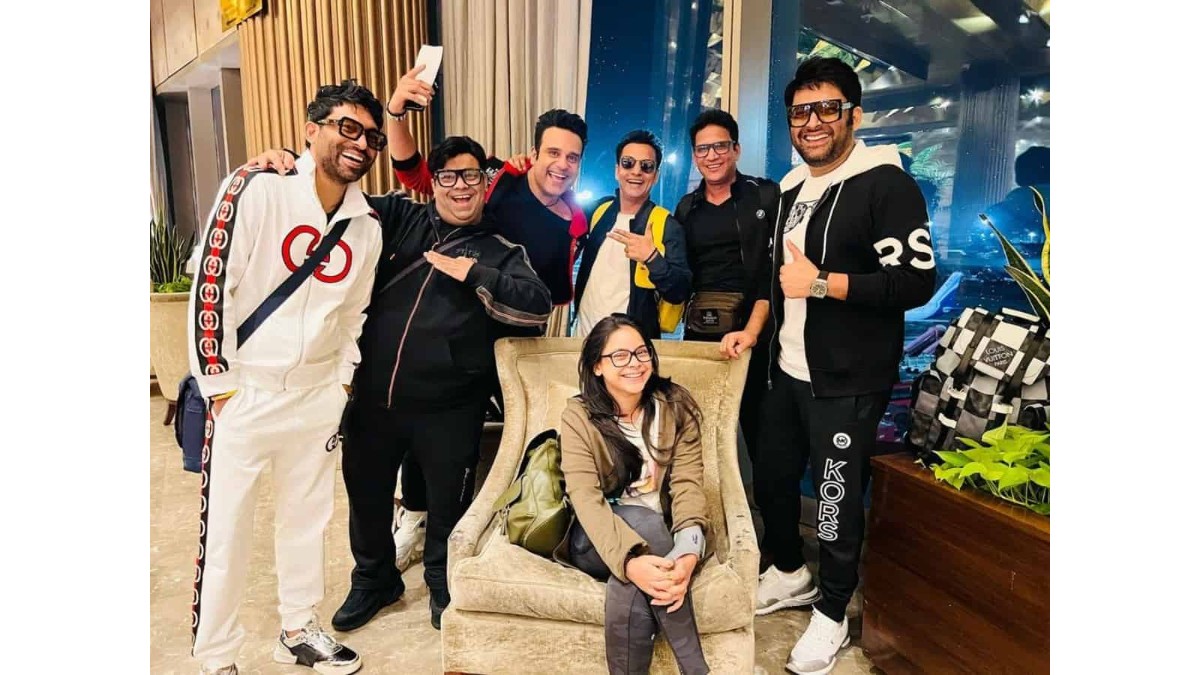 The TKSS team has flown to Vancouver for their upcoming show Kapil Sharma Live.

The Kapil Sharma Show has gained immense love and popularity over the years, not only in India but globally as well. The comedy show has currently taken a break and is jetting off on a Canada tour to entertain the audience overseas. The TKSS team has flown to Vancouver for their upcoming show, Kapil Sharma Live.

Kapil Sharma posted a series of photos from the airport with his team. Sharing pictures, the comedian wrote “Flying to Vancouver now, can’t wait to meet our lovely fans in Canada.” In the photos, Kapil can be seen posing with Sumona Chakravarti, Chandan Prabhakar, Rajiv Thakur, Anukalp Goswami, Kiku Sharda, and Krushna Abhishek.

Fans were quick to flood the comment section with good luck. Archana Puran Singh wrote, looks like the funnnnn has already begunnnnn. Here’s wishing you guys super-duper shows and all the fans a fantabulous time watching you all live… the way I’ve been lucky to watch!

Kiku also posted a video from the plane to his Instagram account. He wrote All set for the bombastic shows in Canada. Buy your tickets NOW!

The team opted for a tracksuit and looks superb in it. But what people could notice was a tracksuit of Chandu Chai Wala aka Chandan Prabhakar. Chandan is wearing a white tracksuit from the luxurious brand Gucci with black-rimmed spectacles.

Meanwhile, The TKSS team will perform in Vancouver on June 25 and in Toronto on July 03.