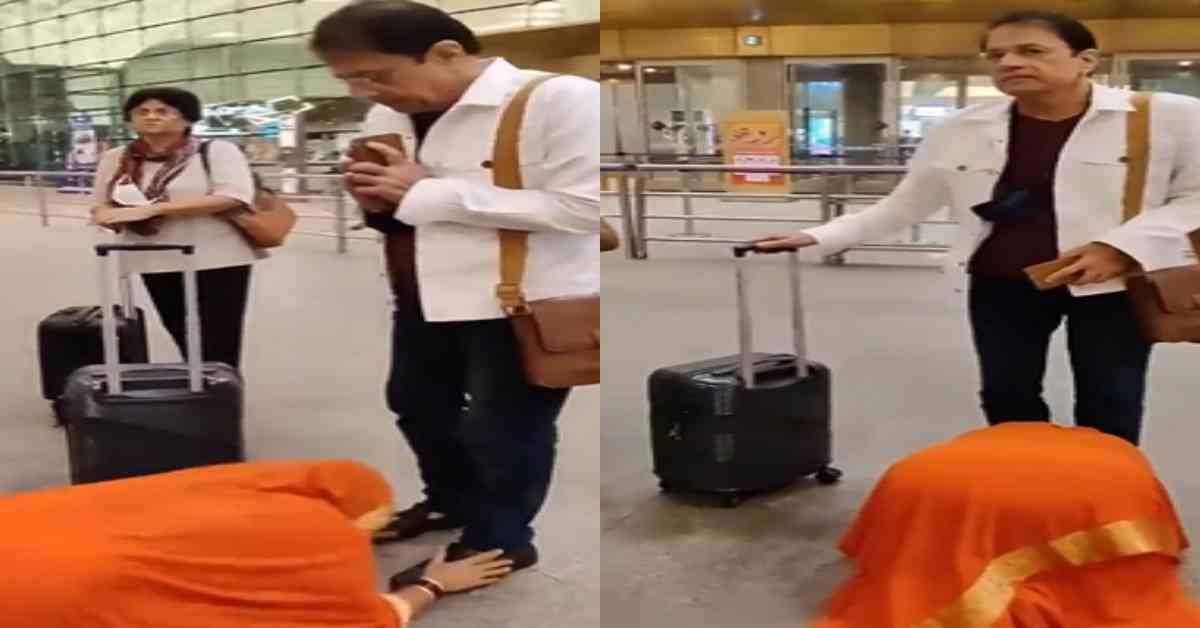 October 1, 2022 marks 64 years of Ramanand Sagar’s mythological show Ramayana since it aired for the first time in 1987. It was one of the most-watched mythological shows during that time and was re-telecasted during the coronavirus pandemic on Doordarshan. The show ended, however, the love for its stars is still fresh.

In this episode, a video is doing rounds on the internet wherein a woman spotted Arun Govil, who played Lord Rama in Ramayana, at the Mumbai airport and what happened next is not only endearing but also heart-warming.

In the now-viral video, the woman could be seen kneeling down and touching the feet of Arun Govil. Moreover, she removed her slippers while paying obeisance. The video was shared by multiple users on Twitter and has garnered immense love.

Soon after the video went viral, users reacted to it and thanked Arun Govil for playing Lord Rama. One user wrote the video shows the purity of heart. Another user wrote this type of fan following is only possible in India.

A section of social media users also called it idiotic as Govil just essayed the role of Lord Rama.

Ramayana was telecasted on Doordarshan every Sunday and garnered the highest ratings for a Hindi GEC show since 2015. The mythological show is based on the ancient Hindu epic of Lord Rama and his journey of fourteen years of exile along with his wife Sita and younger brother Laxman.

Bihar student who raised sanitary pads question, gets sponsorship offer from the manufacturer

Commercial LPG cylinder gets cheaper in Delhi, check rates in your city