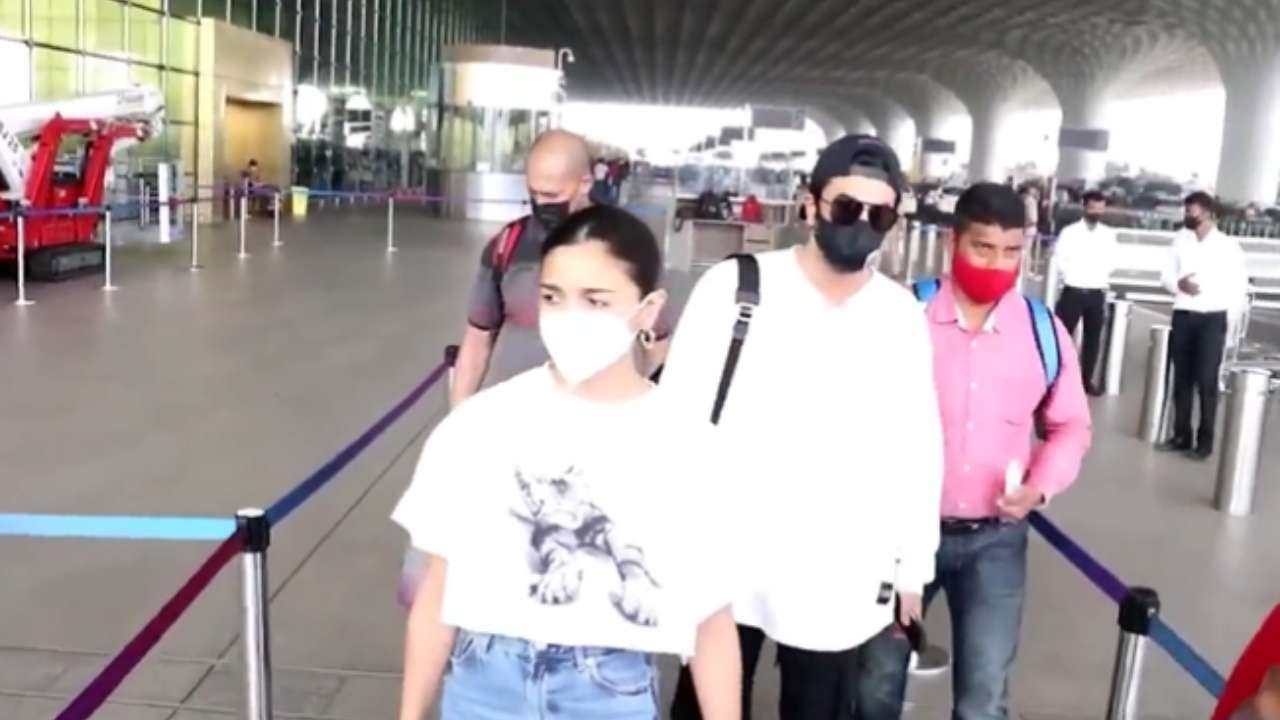 Bollywood love birds Ranbir Kapoor and Alia Bhatt are often in the limelight. They have a tremendous fan following and the fans are ecstatic to see them together. Recently, the duo has been seen at the Mumbai airport as they are jetting out of the city for a vacation.

A video has been doing rounds on social media when the paparazzi stationed outside the airport requested the power couple to wait for pictures. However, Ranbir Kapoor’s response to this left Alia Bhatt giggling.

In a video, the paparazzi asked the couple to pose for the pictures as they exited the car. But the couple continued walking towards the airport’s main entrance. When requested to wait for pictures, Ranbir Kapoor said “slow slow accha slow chal rahe hai” (We are walking slowly). At this, Alia turned back to look at Ranbir and chuckled. Ranbir once more said “chalte huye photos aur better lagte hai an” (Pictures taken while walking appear better, right?). To this, paparazzi replied and appreciated Ranbir Kapoor’s airport look.

Alia was seen pulling off her mask for airport security as they arrived at the airport’s main entrance. She posed for photos and waved to the paparazzi at the entrance. Ranbir, too, showed a peace sign when the paparazzi told him goodbye.

Alia donned a white cropped T-shirt, blue faded flared denim, and heels for the vacation. She carried a handbag and sported her hair in a bun, wore earrings, and a mask. Ranbir dressed casually and opted for a white T-shirt, dark pants, sneakers, and a cap. He also sported wearing dark shades and carried a bag.

On the work front, Alia Bhatt will be next seen in S.S. Rajamouli’s RRR, also starring Ajay Devgn which will release on March 25, 2022. She will also be seen alongside Ranbir Kapoor, Amitabh Bachchan and Mouni Roy in Ayan Mukherjee’s directorial Brahmastra. The film is set to hit the theatres on September 9, 2022.

Karan Kundrra to star alongside Ileana D’cruz and Randeep Hooda in upcoming Bollywood film, deets inside!