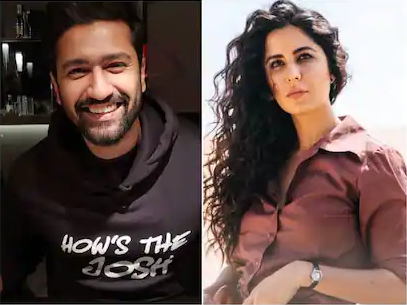 Actors Vicky Kaushal and Katrina Kaif often grab the headlines due to their relationship status. The couple has reportedly dating each other for quite a long and soon will get married, this year. Yes, you heard it right!

According to the reports, the couple has decided to take their relationship to the next level. The report said the duo is planning to tie the knot in December, this year. However, they both have not confirmed the news yet. Reports said the famous celebrity designer Sabyasachi might design their wedding outfit.

The couple has never accepted their relationship publically, but, Anil Kapoor’s son Harshvardhan Kapoor in an interview openly said, Katrina Kaif and Vicky Kaushal are together and they are quite open about it. Later Harshvardhan added that he is going to get in trouble for saying this.

Vicky Kaushal and Katrina Kaif dating rumors started on the Karan Johar’s Koffee With Karan set when the host asked Kaushal that Katrina wants to work with him and they would look great together on screen. In his reply, the Uri actor pretended to faint out of excitement, which clearly indicates something is cooking between them.

On the professional front, Kaushal is working on Meghna Gulzar’s upcoming biopic on Sam Manekshaw titled Sam Bahadur, and soon he will be seen in the lead role in the movie. He is also working on his upcoming comedy-drama Mr. Lele.

Meanwhile, Katrina is working on her upcoming movie Tiger 3, which will release in 2022. The actor also working in Rohit Shetty’s Sooryavanshi, which is set to release on November 5, 2021.