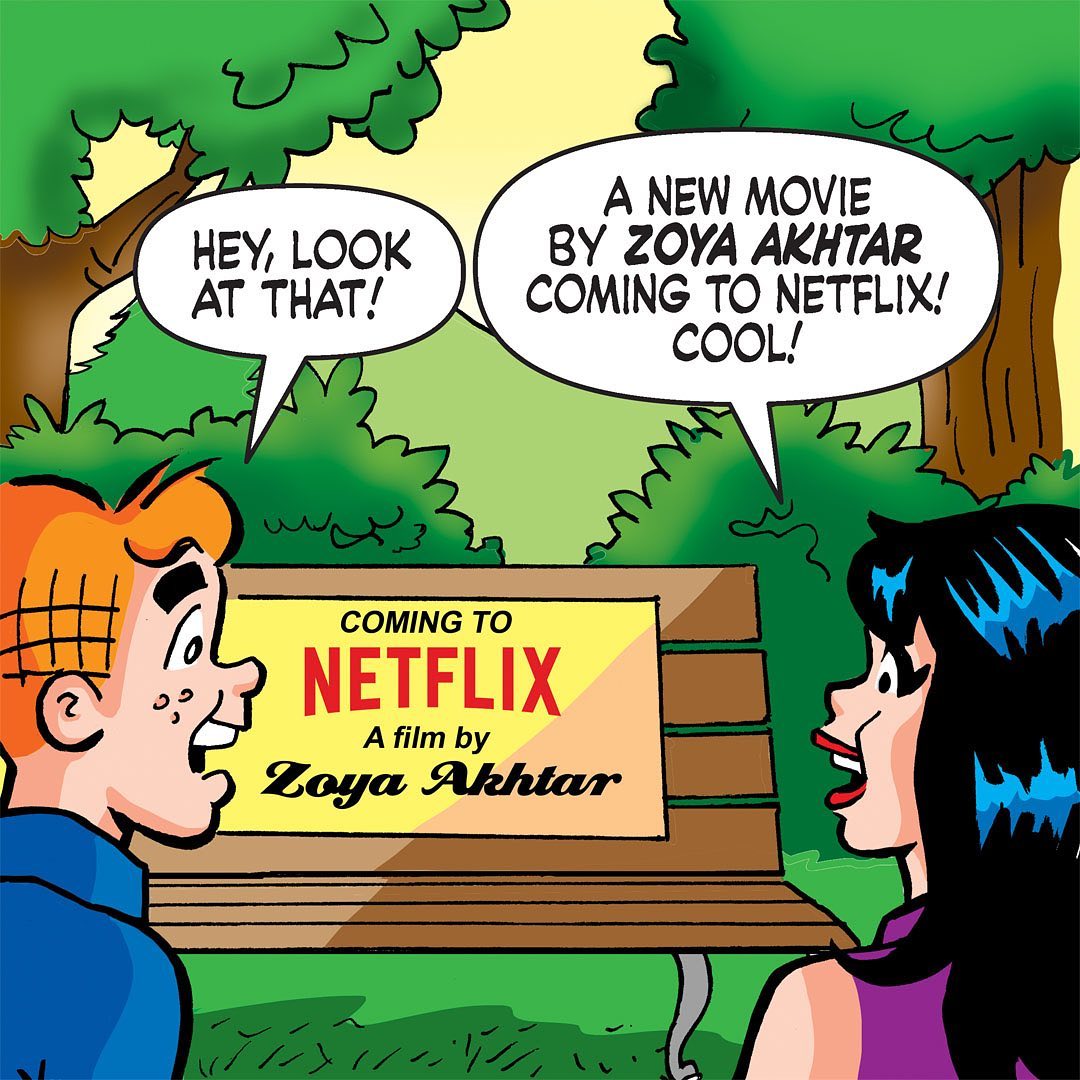 After directing hit films like, Gully Boy and Zindagi Na Milegi Dubara,  Zoya Akhtar is all set to direct the famous Archie comics characters in the desi version on Netflix.

Akhtar on Thursday has confirmed the news on her official Instagram handle. She has dropped a photo of Archie comics characters, under which she wrote, Archie and the crew are about to get Down and Desi. A coming-of-age musical drama directed by me, coming soon to Netflix, she added in her post.

Check out Zoya Akhtar post about The Archies comics here

The Lust Stories director soon will be seen directing the live-action musical set in 1960s India, which is based on the teenagers of Riverdale. The Indian version of the iconic comic will be produced under the Tiger Baby production company, owned by Zoya Akhtar and Reema Kagti.

Talking about her latest project, Akhtar said that she is super excited about the project and she feels lucky to bring The Archies comic characters to life. She said, she has spent her childhood reading these comics and she was fascinated by the characters too. The comic characters are familiar globally, which also makes her a little nervous for the project, She added.

She also quoted that she has to put extra effort into this project so that the film stokes the nostalgia of a generation that grew up on the comic.

The CEO of Archie Comics, Jon Goldwater, said he is thrilled to partner with Zoya Akhtar and Netflix to bring the comic characters to life. He further said that he trust Zoya Akhtar’s work and her creative team. The Tiger Baby surely delivers a truly unique and exciting masterpiece through the lens of Indian cinema, he added.

Director of Films and Licensing at Netflix India, Pratiksha Rao said the comic characters, adventures, and friendships have a huge fan base globally for generations. By collaborating with, Zoya Akhtar and Tiger Baby, they have a golden opportunity to recreate the world of Archie comics, this time as a live-action musical. Rao further said that Zoya has an incredible and unique ability to make stories and the characters in them relatable, making them feel like they are an extension of our own self.

10 years of Ranbir Kapoor’s Rockstar: Is it okay for Bollywood to glorify a toxic male like Jordan?