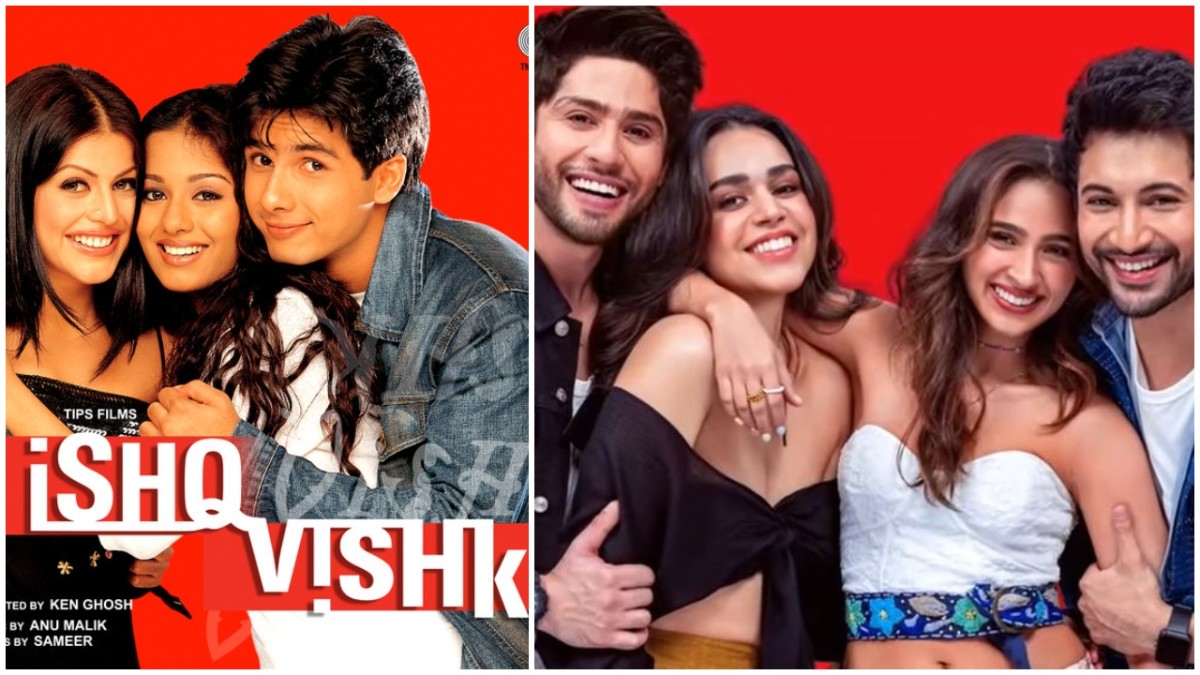 The filming has begun, and it is expected to be released in theatres in 2023.

Ramesh Taurani’s Tips Industries Limited has created some of the most unforgettable blockbuster hits by bringing exhilarating and fascinating content to the big screen. The studio is now preparing to reprise one of its most successful productions. Taking it back to 2003 for all of us, Ramesh Taurani and Jaya Taurani are all set to produce the second installment of Ishq Vishk.

The prequel Ishq Vishk starred Shahid Kapoor and Amrita Rao in the coming-of-age romantic comedy film. Made with a small budget of Rs 5 crore, the film collected around Rs 12 crore and became a hit at the box office. But the sequel will not have the same characters.

Who will step as Shahid Kapoor and Amrita Rao in Ishq Vishk Rebound?

Read Also: Ishq Vishk Rebound: Who is Pashmina Roshan? How is she related to Roshan family? See pics

After two decades, Ramesh Taurani is making a sequel to the 2003 blockbuster but with fresh faces.

Rohit Saraf will play the role of Shahid Kapoor in the movie. He began his career on television and made his film debut with a supporting role in Dear Zindagi. He went on to feature in the Norwegian film What Will People Say, the comedy-drama Hichki, the biopic The Sky Is Pink, the dark-comedy film Ludo and Netflix romantic comedy series Mismatched.

Pashmina Roshan will play the role of Amrita Rao in the movie. Pashmina is the daughter of music director Rajesh Roshan and Kanchan Roshan and the cousin of actor Hrithik Roshan. Pashmina has also made an appearance in the play titled, The Importance of Being Earnest.

Apart from these two actors, Jibraan Khan and Naila Grewal will also appear in the Ishq Vishk Rebound.

Nipun Avinash Dharmadhikari will make his directorial debut with Ishq Vishk Rebound. The filming has begun, and it is expected to be released in theatres in 2023.

Shakira dated much younger men, Pique was 10 years younger, here’s all you need to know

Shakira caught boyfriend Gerard Pique cheating on her with another woman, tweeple say there is no upgrade over her, see reactions

Shah Rukh Khan to play double role in Atlee’s next, a look at films when the superstar played a double role

Ishq Vishk Rebound: Who is Pashmina Roshan? How is she related to Roshan family? See pics