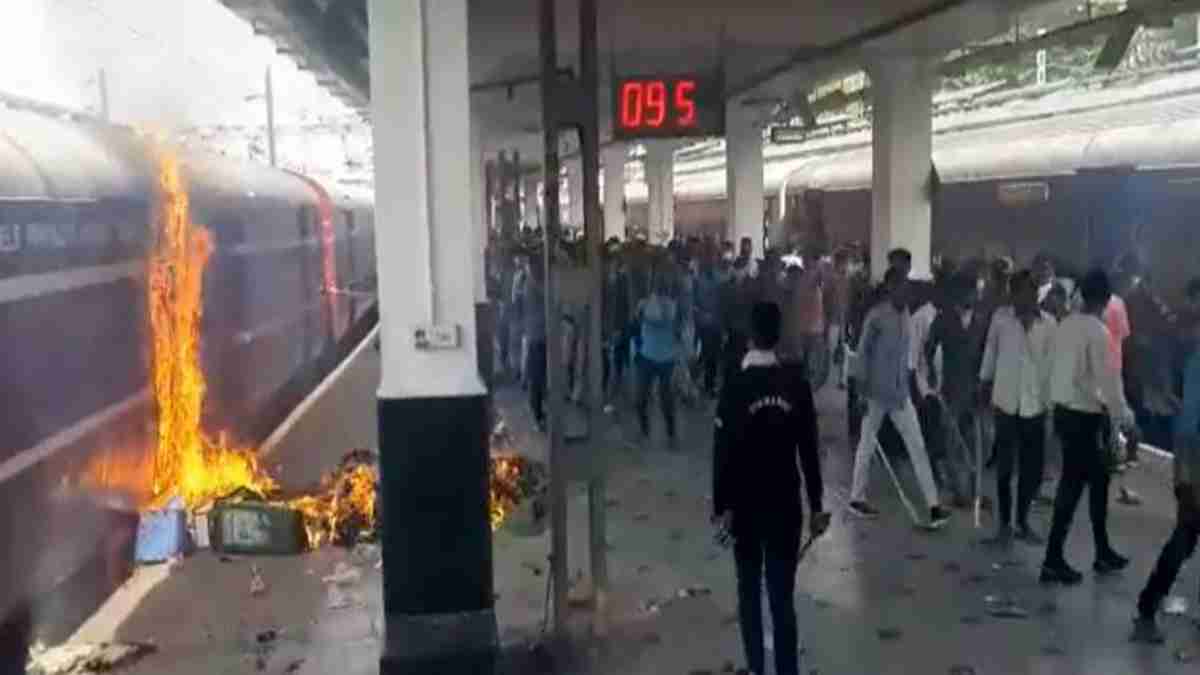 The Centre’s Agnipath Army recruitment scheme has triggered violence across India and has reached Telangana’s Hyderabad. Thousands of youths gathered at Secunderabad railway station on Friday and vandalised trains and shops.

Reports say rubber bullets were also fired by police personnel that injured two people. The injured have been rushed to EMRI hospital. There have also been reports of one person passing away in the violence. Videos and pictures of the violence are surfacing on the internet wherein bogies can be seen set on fire.

All about Agnipath Scheme

The Narendra Modi government on Tuesday announced the Anipath scheme that will recruit 46,000 soildiers, sailors, and airmen this year on an all-India, all-class basis. The scheme evokes a recruitment process for individuals with ranks below officers with the goal of appointing fitter, younger troops on the front lines in which many of them will be on a four-year contract basis. As per the Centre, the scheme is a game-changer and will give the Army, Navy, and Air Force a more youthful image.

Under the scheme, as many as 46,000 soldiers will be recruited this year between the ages of 17-and-a-half years and 21 years into the three services on a four-year short-term contractual basis. Out of the total annual recruits, only 25 per cent will be allowed to continue for another 15 years under permanent commission.

Earlier, youths aged between 16-and-a-half years were appointed for a minimum of 15 years of service and used to get a pension after retirement.

The defence budget for 2022-23 was Rs 5,25,166 crore, which included Rs 1,19,696 crore for defence pensions. The revenue expenditure allocation was Rs 2,33,000 crore. The revenue expenditure includes expenses for salary payment and establishment maintenance. Moreover, Girls under the specified age limit are eligible for Agnipath admission, but there is no such reservation for women under this scheme.