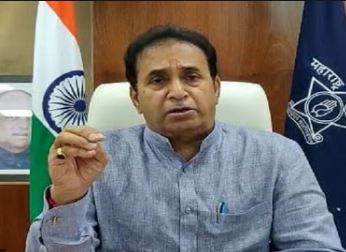 Maharashtra Home Minister Anil Deshmukh on Monday shared a video message defending himself in the allegations that he had discussed a Rs 100-crore extortion racket with Sachin Vaze, a Mumbai police officer arrested in Mukesh Ambani bomb scare case, at his home last month.

In a letter to the Maharashtra Chief Minister Uddhav Thackeray, a sacked Mumbai police officer Param Bir Singh has alleged that Deshmukh has asked Vaze to accumulate Rs 100 crore per month from bars, restaurants, and other establishments. Following which Deshmukh has been facing calls for his removal from the post of home minister.

However, Nationalist Congress Party(NCP) leader Sharad Pawar has ruled out Deshmulk’s resignation, saying that allegations are from a time when the minister was in hospital. He claimed that Deshmukh was in hospital from February 5 to 15 and in home isolation in Nagpur from February 15 to 27.

Soon after, an airline ticket in Deshmukh’s name for a private flight from Nagpur to Mumbai on February 15 surfaced online which was seen to confirm that he was, in fact, in Mumbai during that critical time period.

Rejecting all allegations, Deshmukh posted a video giving details of his activities and insisted that fake news was being propagated against him. He said, you all know that for the last year during the pandemic I travelled the entire state and kept meeting policemen and tried to boost their morale. On February 5, I tested positive for corona. I was in the hospital from February 5 to 15. After my discharge on February 15, doctors advised 10-day home quarantine for me. So I took a private flight to Mumbai. And after that, on the doctor’s advice, I used to go to the park for pranayam every night, he said in Marathi.

Further he informed that while he was in hospital in Nagpur and during his home quarantine, he had attended meetings and events via videoconference. After home quarantine, the Maharashtra assembly Budget session was to start so to brief me on the questions and notices, some officers used to come to my home. I left home for the first time on February 28, he added.

Meanwhile, an SUV with explosives was found near the Mumbai home of Reliance chairman Mukesh Ambani on February 25. The car was stolen from a businessman, Mansukh Hiran, who was found dead a few days later. The National Investigation Agency, which took over the probe from the Mumbai police following the allegations against the cop Vaze that he was closely associated with Mansukh Hiran and may have had a hand in planting the car with explosives.