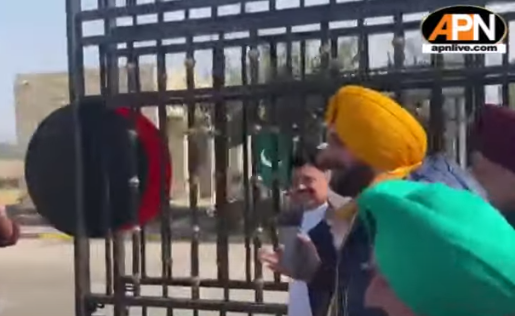 Naresh Gaur, an accused in the Antillia bomb scare case granted bail by Special NIA court on Saturday.
He was mentioned as accused number 2 in the case and was accused of supplying SIM cards and being a part of the conspiracy.

Andhra Pradesh Chief minister YS Jaganmohan Reddy on Saturday conducted an aerial survey of Chittoor-Kadapa-Nellore districts which have been ravaged by incessant rains and floods triggered by a series of depressions in the Bay of Bengal.

After scanning the Aryan Khan’s Whatsapp chats, Bombay HC says, nothing objectionable and no evidence of conspiracy

The Bombay High Court in an order released on Saturday said that no evidence of a conspiracy between Aryan Khan, Arbaaz Merchant, and Munmun Dhamecha to commit drug-related offences. The Court said that nothing objectionable was found in WhatsApp conversations between them.
The order read: “There is hardly any positive evidence on record to convince this Court that all the accused persons with common intention agreed to commit an unlawful act.”

The BJP MP from Pilibhit Varun Gandhi on Saturday has written a letter to Prime Minister Narendra Modi asking the PM to take strict action against Union Minister Ajay Kumar Mishra whose son Ashish Mishra is under arrest for the October 3 incident in Lakhimpur Kheri.
In the letter, he sought Rs 1 crore compensation for such families, withdrawing politically motivated false FIRs against the protesters and making MSP (Minimum Support Price) legally binding.

Punjab Congress Chief Navjot Singh Sidhu on Saturday crossed the border into Pakistan to visit Gurdwara Kartarpur Sahib. He called Pakistan PM Imran Khan his big brother. He said: ‘Imran Khan is like a big brother to me who has showered me with his love.’
Yesterday, Sidhu welcomed PM Modi’s decision to repeal the three farm laws. He also urged the people of Punjab to forgive Prime Minister Narendra Modi.

Indore was adjudged India’s cleanest city for a fifth straight year while Surat grabbed the second position, as the Centre announced the results of its latest annual cleanliness survey on Saturday.

Swachh Survekshan is the central government’s annual cleanliness survey to promote sanitation in urban centres under the Swachh Bharat Mission.

The Core Committee Meeting of Samyukt Kisan Morcha (SKM) over Farm Laws Repeal is currently underway in Delhi.
Yesterday, the SKM welcomed the announcement of repeal of three farm laws but said its future course of action will be decided after the core committee meetings on Saturday and Sunday.

Prime Minister Narendra Modi had yesterday announced to repeal the three farm laws and urged farmers to call off the protest and return home.

At least 14 people have been reported dead and over 100 feared missing in floods following incessant rains in Andhra Pradesh. Visuals from the temple town of Tirupati show hundreds of pilgrims trapped in massive floods.

The Rayalaseema region is worst affected. Chittoor, Kadapa, Kurnool and Anantpur districts in the state have been affected.

Delhi government allows diesel vehicles older than 10 years to operate on roads, but there’s a twist

MS Dhoni adds more suspense over his participation in IPL 2022 for CSK, says there’s a lot of time to think