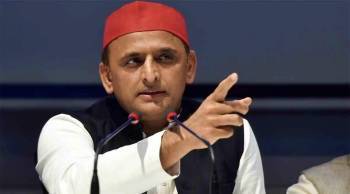 Under the Delhi government’s Tirth Yatra Yojana scheme, first train carrying senior citizens from Delhi to Ayodhya for pilgrimage to depart from December 3. Under this scheme, passengers will be allowed to travel free of cost. The scheme is available only for senior citizens belonging from Delhi.

SC on air pollution, says problem needs to be dealt with scientific basis

The Supreme Court is hearing a PIL regarding the Delhi air pollution today. The court has said that as per the weather department the air quality will be worse again. It further asked the centre about what major steps should be taken and we can’t go with wind direction. According to SAFAR, the AQI today stands in the poor category at 280.

The American multinational technology company, Apple on Tuesday sued the Israeli Pegasus-maker spyware firm NSO Group for targeting over one billion iPhones in circulation. iPhones infected with Pegasus are turned into pocket spying devices and allow users to read the target’s messages, track locations, look through photo galleries, and can even turn on and off their camera.

BJP MP Sadhvi Pragya Singh Thakur, who was accused in the 2008 Malegaon blast case will appear before a special NIA trial court in Mumbai today. For those who don’t know, in the 2008 Malegaon case, a bomb exploded in which six-person died and around 100 people were injured.

The three farm laws that draw a lot of flak and were criticised by most people and farmers will now be repealed. According to reports, the Union Cabinet is likely to repeal farm laws today in the Lok Sabha. The news agency ANI reported that the Bills for withdrawal of the laws shall also be introduced in the forthcoming Parliament session. Earlier, Prime Minister Narendra Modi announced that the farm laws will be repealed and he also said that government will constitute a committee to work on a new framework for Minimum Support Price (MSP).

For those who don’t know, the winter session of the Parliament will begin on November 29.

WhatsApp to soon introduce tool that will let users create their own stickers on their platform: Here’s how you can create them