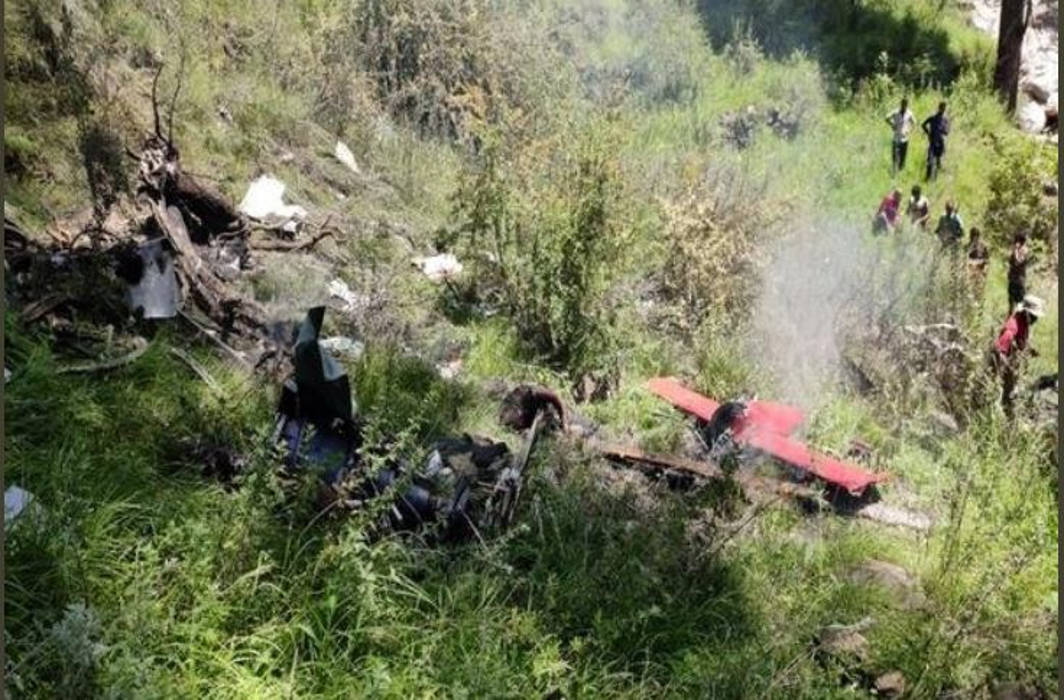 A helicopter crashed at an airport in Chhattisgarh’s Raipur on Thursday. In the crash, two pilots died. The incident took place on Thursday evening. Police reported that the pilots who died were identified as Captain Gopal Krishna Panda and Captain AP Shrivastava.

There were no passengers on board. It is reported that the helicopter caught fire when the pilots were trying to land the helicopter, both the pilots, who were on board died in the accident.

Prashant Agrawal, Senior Superintendent of Police (SSP) said that the incident took place during a flying practice at the Swami Vivekananda Airport in Raipur under Mana police station limits at around 9.10 pm.

Chhattisgarh Chief Minister also expressed grief over the tragedy and he paid the tribute to the pilots. He said that he got the sad news about the state helicopter crash at the airport in Raipur. In this tragic accident, both our pilots Captain Panda and Captain Srivastava died. May God give strength to his family members and peace to the departed soul in this time of grief.

According to reports, the cause of the crash was not immediately known. Currently, a detailed technical investigation on behalf of the Directorate General of Civil Aviation (DGCA) and the Chhattisgarh Government will be undertaken to ascertain the exact cause.

The reports say that the helicopter was on a routine training sortie when the incident took place. The initial indication suggests that this happened due to technical malfunction as the cause of the crash.

The two pilots on board the chopper were seriously injured in the crash and immediately taken to a nearby private hospital where they were declared dead.

In other news, a Kashmiri Pandit was shot dead by militants in the Budgam district of Jammu and Kashmir on Thursday. The deceased has been identified as Rahul Bhat who was a government employee at Tehsildar’s office in Chadoora in central Kashmir.

Horoscope for May 13, 2022: Check astrological predictions for Taurus, Leo Gemini and other zodiac signs