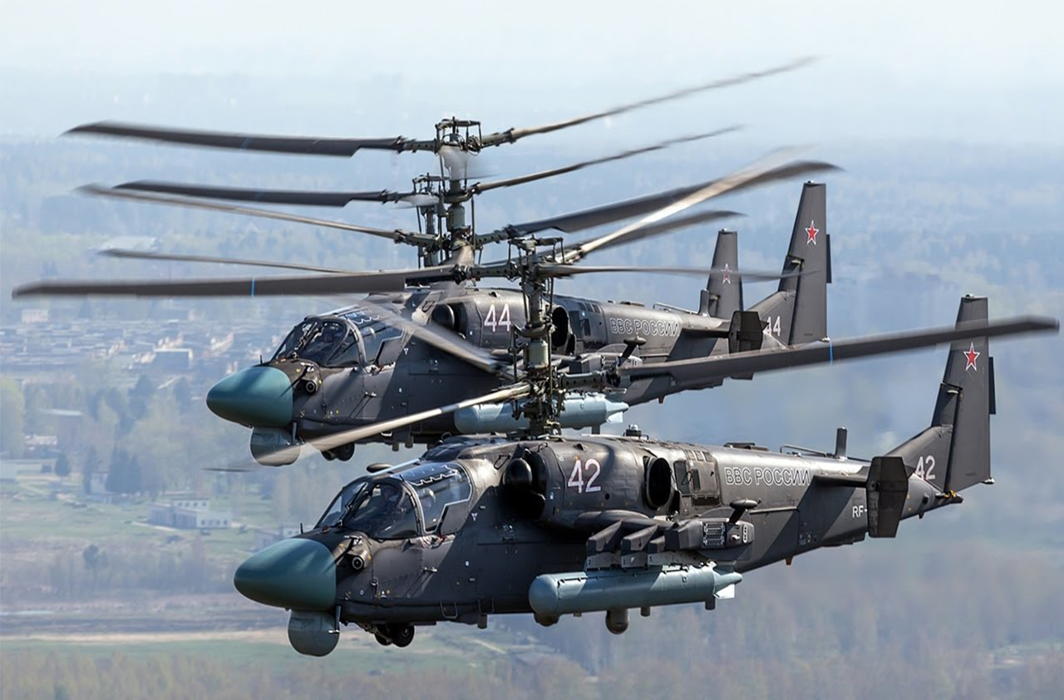 In another jolt to Russian forces in Syria, a Ka-52 helicopter has been crashed, while it was on a routine flight in eastern Syria on Monday killing both the pilots.

According to TASS news agency, Russian Defence Ministry has, in statement, said, “A Russian helicopter Ka-52 crashed while on a routine flight over eastern regions of the Syrian Arab Republic. Both pilots were killed.”

The ministry has also said that a search and rescue team has taken the bodies to the home airfield. “According to early information, the incident may have been due to a technical malfunction,” it said.

The Russian helicopter was crashed within days after it lost Su-30SM fighter jet that crashed over the Mediterranean Sea on May 3, while moving upwards after taking off from the Khmeimim airbase. Both pilots died in that accident as well.  Russian defence ministry had stated that the accident might have been caused by a bird hit and clarified it was not shot down.

TASS, while describing the details of the ill feted helicopter, said that the Ka-52 ‘Alligator’ reconnaissance and combat helicopter is designed to destroy tanks, manpower, helicopters and other hostile aircraft on the frontline and in tactical depth.

The Ka-52 is powered by two gas-turbine engines which provide a flight altitude of more than 5,000 m. It is fitted with a 2A42-1 gun of 30mm calibre and is capable of carrying up to 2,500 kg of weapon payload.

Russia began its military intervention in Syria in September 2015 after an official request by the Bashar al-Assad government for military aid against IS and other anti-Assad groups. It was initially consisted of air strikes fired by Russian aircraft stationed in the Khmeimim base at targets in north-western Syria.

Besides, Russian military advisors and special operations forces are also stationed in Syria. Prior to the military intervention, Russian role was mainly confined to supplying arms to the Syrian forces.