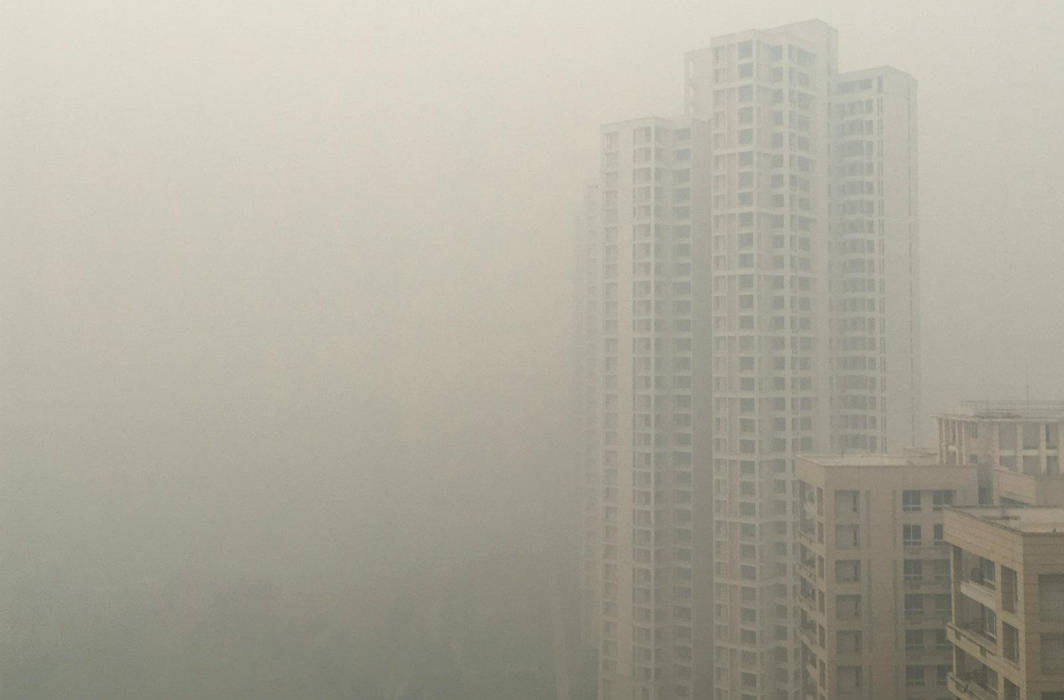 [vc_row][vc_column][vc_column_text]Brazen and reckless bursting of crackers right through the day and till late in the night in violation of Supreme Court orders on Diwali yesterday (Wednesday, November 7) plunged Delhi-NCR into a thick haze of smog with air pollution entering the ‘severe-plus emergency’ category today.

The national capital recorded its worst air quality of the year on Thursday morning, authorities were quoted as saying by PTI.

In a gross violation of a Supreme Court order, people in several cities burst firecrackers throughout the day and this went on until at least midnight, against the apex court order of a two-hour time slot from 8pm to 10pm.

Partly as a result of smoke from the firecrackers, the overall air quality index in Delhi jumped to 574 which falls in the “severe-plus emergency” category, according to data by the Centre-run SAFAR (System of Air Quality and Weather Forecasting And Research).

On Thursday morning, Anand Vihar recorded the overall Air Quality Index AQI at 999 (hazardous) with PM2.5 level at 999 and PM10 level at 999. AQI in several parts of the Delhi and its nearby areas was similar.

The Supreme Court had allowed bursting of firecrackers from 8 pm to 10 pm only on Diwali and other festivals. It had also allowed the manufacture and sale of only “green crackers”, which have a low light and sound emission and less harmful chemicals.

The court had asked the police to ensure that banned firecrackers were not sold and said in case of any violation, the station house officer (SHO) of the police station concerned would be held personally liable and it would amount to committing contempt of court.

The online indicators of the pollution monitoring stations in the city indicated “poor” and “very poor” air quality as the volume of ultra-fine particulates PM2.5 and PM10, which enter the respiratory system and manage to reach the bloodstream, sharply rose from around 8 pm.

A ‘severe plus emergency’ air quality index (AQI) essentially means that even healthy people may suffer from respiratory illnesses on a prolonged exposure to such air. This air will seriously affect those with ailments, according to the advisory issued by SAFAR.

These indices measure the concentration of tiny poisonous particulate matter. A high level of tiny particulate matter can lodge deep into the lungs, even enter blood stream. and cause major health problems. In recent weeks Delhi doctors have reported an increase in the number of patients with respiratory problems due to a rise in pollution levels from burning crop residue, vehicle exhausts and industrial gases.

For a second successive year, New Delhi’s chief minister has likened the city to a “gas chamber”. Around this time last year, he declared a public health crisis, shutting down schools for a week and told residents to remain indoors.[/vc_column_text][/vc_column][/vc_row]