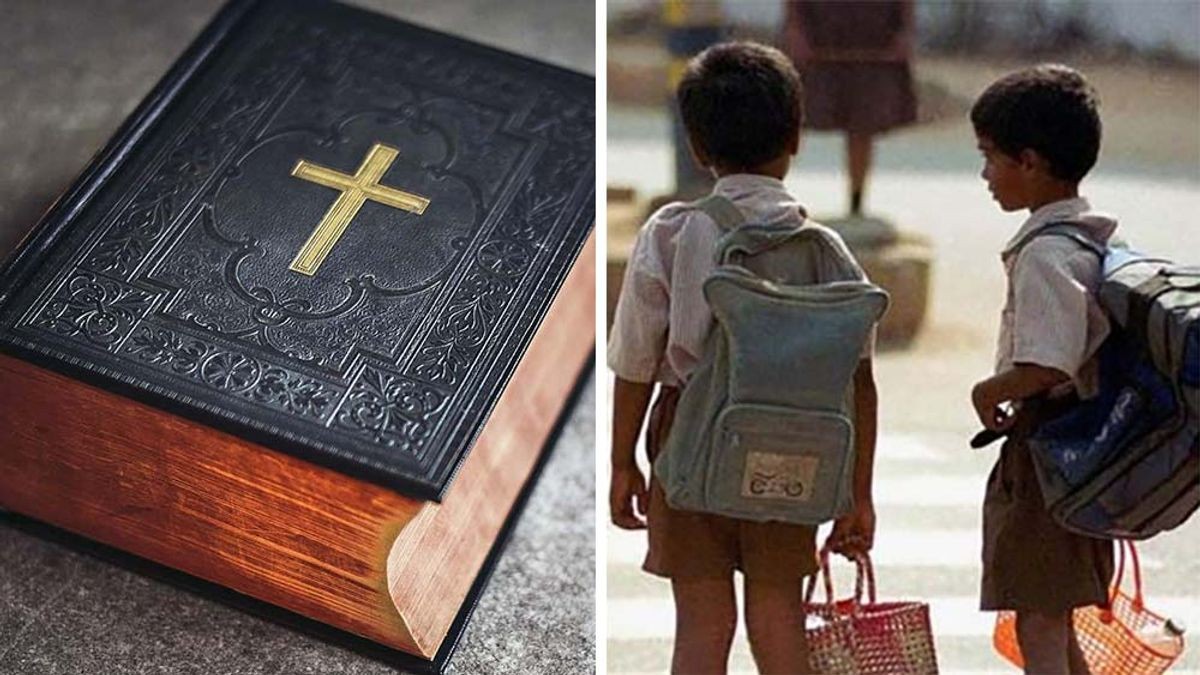 Amid the hijab row in Karnataka, where students are not allowed to wear headscarves in educational premises, another religious row has sparked a trigger in the state. A school in Bengaluru has made it compulsory for the students to carry a Bible to the premises.

According to the reports, Clarence school has asked the parents to sign an undertaking where students wouldn’t object to carrying Bible or hymn book to the school. A part of the undertaking issued by the school to parents also requires them to agree that their children would attend morning assemblies, scripture classes, and clubs for their own moral and spiritual welfare.

The compulsion of carrying a hymn book to the school drew outrage from the right-wing groups. They stated that making Bible mandatory in a school is a violation of the Karnataka education act.

Hindu Janajagruti Samithi State Spokesperson Mohan Gowda has stated that the school is compelling non-Christian students to read the Bible as a result of the instruction. “There are also non-Christian students who are studying in the school and are being forced to learn Bible,” Gowda allegedly added, calling the decree a breach of Articles 25 and 30 of the Indian constitution. The Supreme Court has recently issued instructions stating that educational institutions cannot impose religious teachings on any students, he added.

The group claims that students are being forced to carry religious book against their wishes. They’ve also urged the Department of Education to take action against the school. This comes a day after the government has made a proposal to add Bhagavad Gita, Panchatantra Stories and Mahabharata to the school curriculum.

Gujarat has also stated that beginning the academic year 2022-23, the Bhagavad Gita will be included in the school curriculum for grades 6 to 12.

Sharing a poster on Twitter, the Karnataka BJP wrote that there was a huge difference between Mahatma Gandhi, who celebrated Satyagrah for the survival of this country and fake Gandhis, who put Gandhi before their name for power. 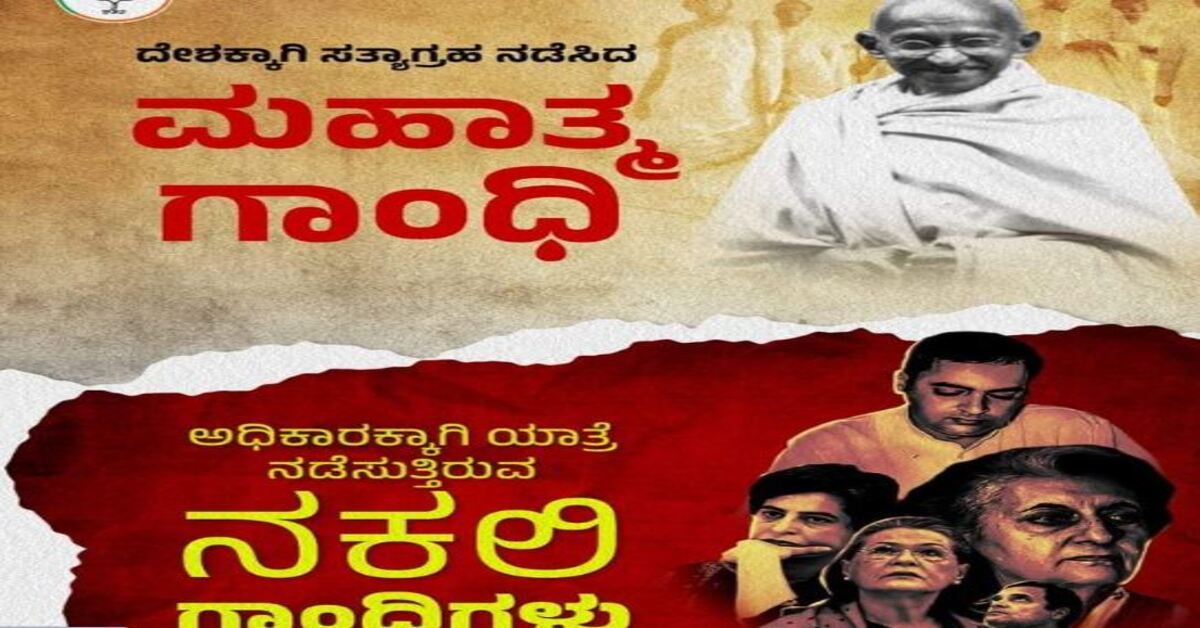 The Bhartiya Janata Party in Karnataka has released a poster of fake Gandhis in response to the Congress’ PayCM poster and started a campaign against the Gandhis family. Sharing a poster on Twitter, the BJP wrote that there was a huge difference between Mahatma Gandhi, who celebrated Satyagrah for the survival of this country and fake Gandhis who put Gandhi before their name for power.

When journalists asked about Congress’ Bharat Jodo Yatra, Karnataka Chief Minister Basavaraj Bommai said that there was no need to speak on fake Gandhis. Both, former president of All India Congress Committee (AICC) Rahul Gandhi and his mother Sonia Gandhi were on bail. The president of the Karnataka Pradesh Congress Committee (KPCC) was also on bail. Shivakumar has been facing charges for the past 2-3 years.

The Karnataka BJP alleged that when farmers were committing suicide during DK’s Congress term, he alone transferred Rs 800 crores to ED. He was facing a case. He wondered about the technology he used to suddenly make so much money. Raising questions on Bharat Jodo Yarta, the BJP said that all of them were together in this matter.

Nearly two weeks ago, the Karnataka Congress started the PayCM campaign to target corruption in the Karnataka government. The posters featuring the image of Karnataka Chief Minister Basavraj Bommai’s surfaced across Bengaluru roads. It was similar to the Paytm electronic wallet. Bommai’s face appeared in the centre of the QR code with the words Here 40% Accepted Here.

The Congress alleged that a 40 per cent commission rate has become the norm under the current BJP government in Karnataka. A video of this campaign went viral on social media.

Based on the complaint, the authorities booked Prasad and his first wife Ayusha Banu for her death. 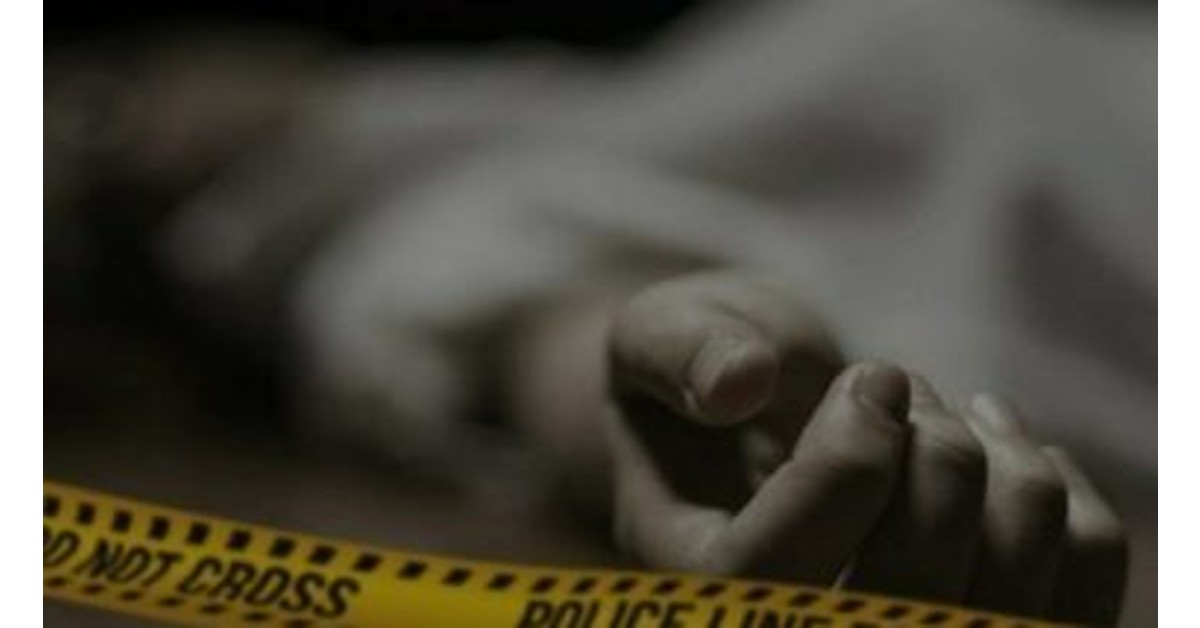 A 24-year-old newlywed woman committed suicide at her home in Bengaluru on Tuesday after she found out about her husband’s first marriage. The incident is reported from Marathahalli’s Kaveri Layout.

According to the reports, the deceased, identified as Gouthami, hanged herself from a ceiling fan between midnight and 4 am after she learnt that her husband was already married and had a daughter too.

Prasad saw Gouthami hanging from the ceiling fan when he woke up early in the morning and informed her parents about the incident. Gouthami’s father A Babu filed a complaint against her husband with the Marathahalli Police Station. Based on the complaint, the authorities booked Prasad and his first wife Ayusha Banu for her death.

Gouthami used to work in a private firm in Punganur of Andhra Pradesh after she completed her graduation in B.Com. During her job, she fell in love with Prasad, a resident of Dinnipalli, a neighbouring village. She reportedly eloped with him and they tied the knot on March 19, 2022.

Babu said that they filed a missing-person complaint then and later when she appeared before the police, the family found out about her marriage to Prasad. The couple then moved to Bengaluru, the report states.

Before ending her life, Gouthami told her father, A Babu, about Prasad’s first marriage and his first wife. He said Banu also frequently visited Gauthami and Prasad’s house. Following that, the couple had a huge fight between them and claimed Prasad even abused her. In a complaint, Babu said that Prasad used to compare Gouthami with his first wife and often abused and harassed her.

The police have registered a case against Prasad and his first wife under IPC Sections 306 (abetment to suicide) and 494 (remarrying during the lifetime of a husband or wife).