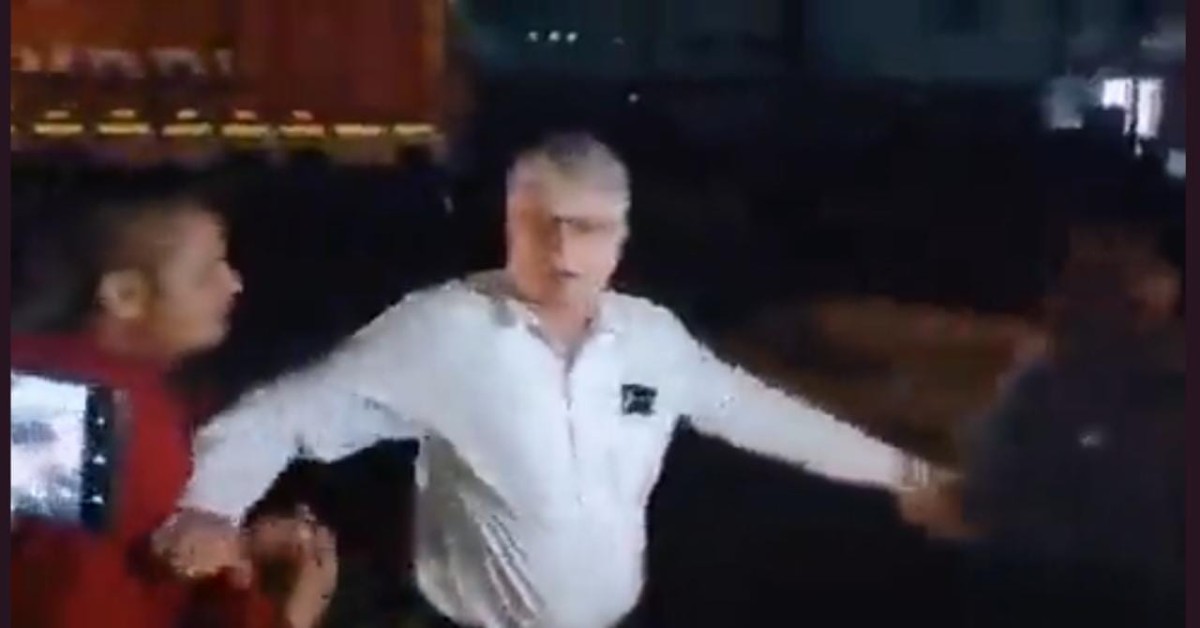 A video that is making rounds on social media the Chief Medical Officer (CMO) of Lakhimpur Kheri district in Uttar Pradesh is seen staggering and misbehaving with journalists while being in an inebriated state.

The Samajwadi Party has tweeted this video online with a caption, ‘Yogiji’s drunk CMO!’ In Lakhimpur Kheri, CMO reached District Hospital in a state of intoxication, misbehaves with journalists, snatches mobile and threw it away. Very embarrassing! Such officers are stigma to the health department. Strict action action should be taken, the tweet reads.

In Uttar Pradesh, on one hand, where people are continuously battling from dengue on the other, a CMO is seen abusing the journalists under the influence of alcohol.

A video has surfaced, in which CMO Arunendra Tripathi is seen snatching a journalist’s phone and calling him a ‘Chandakhor’.

Notably, on Wednesday, a trainee CO Praveen Kumar posted in the district sufered injuries in an accident. After the accident in Secunderabad, UP, the CO was admitted to a private nursing home. To inquire the condition of the injured CO, CMO Arunendra Tripathi visited Tulsi Hospital located on the bypass.

When the journalists asked the CMO why was he abusing, he said that you journalists come here collect donations, when it does not happen, you create all this drama.

A death each day is happening due to dengue in Lakhimpur Kheri district. Patients admitted to both government and private hospitals are suffering from fever.