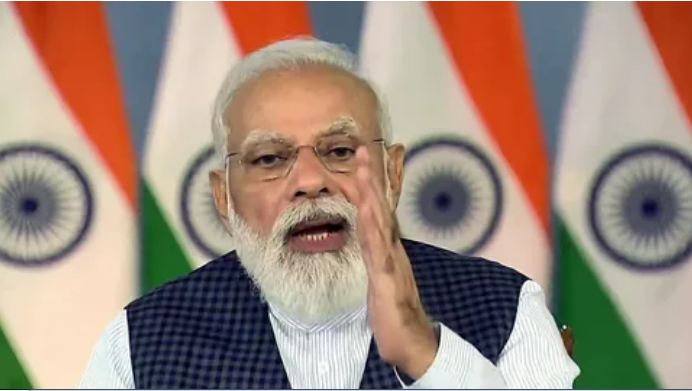 Shaji N Karun, the chairperson of the 15-member selection committee, announced the decision while Film Federation of India (FFI) Secretary-General Supran Sen confirmed that the decision was a unanimous one. The Academy Awards for 2021 will be held on March 27, 2022, in Los Angeles.

With Assembly elections in Uttar Pradesh approaching, Delhi Chief Minister Arvind Kejriwal is scheduled to visit Ayodhya on October 26. He will offer obeisance to Ram Lalla ahead of Diwali, sources said.

Earlier in March, Delhi CM had announced free pilgrimage for Delhi’s senior citizens to the Ram temple in Ayodhya.

BJP MP Varaun Gandhi on Saturday said that government should accept farmers’ demands. He further said that there’re leaders who take money from police, mining. “Public has given me power not to uplift myself but to uplift public,” he added.

Three persons of a family have died and one was injured after a landslide due to heavy rains in the Noorpora area of Awantipora district of South Kashmir. The deceased persons were from Kalakote. The injured is out of danger and the administration has shifted other families in the region to safer locations, informed police.

BJP MP Varun Gandhi on Saturday reacted on the video of a UP farmer burning crop called for a rethink of the country’s agricultural policies.

The Lok Sabha MP from UP’s Pilibhit tweeted a video of a farmer from Lakhimpur who said he had been forced to burn his paddy crop because it had remained unsold for 15 days.

Home Minister Amit Shah started his three-day visit by visiting the house of Inspector Arshad Khan at Bal Garden in Karan Nagar in Srinagar who was killed in an encounter earlier this month. Shah also promised a government job to Parvez Dar’s wife.

Home Minister Amit Shah reached Srinagar on Friday for a three-day visit to Jammu and Kashmir.  This is the Home minister’s first visit to the Union Territory since its formation following the scrapping of Article 370 on August 5, 2019.

The top-most al-Qaeda leader Abdul Hamid al-Matar was killed in the US air drone strike in Syria on Friday, says Pentagon. The airstrike was conducted using an MQ-9 aircraft.

In the latest breaking news, 17 trekkers on October 18 lost their way on Lamkhaga pass due to heavy snowfall, and now on October 23, the dead bodies of 11 trekkers have been found. Currently, the rescue operation by Air Force is taking place and they have deployed two Advanced Light Helicopter (ALH) choppers to reach Harsil.

Love playing loud music in car? 371 challaned in 2 weeks in Delhi for causing noise pollution, here’s what you need to know