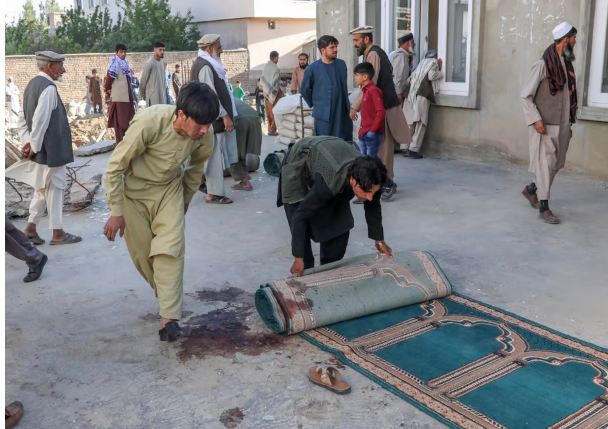 A bomb blast at Shiite mosque in the Afghan city of Kunduz has left several casualties today during Friday prayers, a senior Taliban official and witnesses said. At least 50 people were killed as Afghanistan had witnessed several attacks since the Taliban takeover in August. Taliban chief spokesman Zabihullah Mujahid said the Shiite mosque was the target and that a large number of worshippers were killed and wounded in the attack.

Tata Sons emerged as the successful bidder for national carrier Air India on Friday. Ending a decades-long struggle to offload the money-losing flag carrier, Air India returned back to its founders Tata Sons after 68 years as the company had placed a winning bid of Rs 18,000 crore to re-acquire the 100% stakes of the airline.

Journalists Maria Ressa and Dmitry Muratov have won the Nobel Peace Prize for their courageous fight to defend freedom of expression in the Philippines and Russia. The Norwegian Nobel Committee stressed that an independent press is vital in promoting peace. Read full story

The Supreme Court is not satisfied with the steps taken by the Uttar Pradesh government in the Lakhimpur Kheri violence in which 8 people were killed. The apex court also questioned the Yogi Adityanath govt for not arresting the accused against whom FIR has been lodged.

Senior Congress leader Kapil Sibal on Friday questioned Prime Minister Narendra Modi’s silence over the deaths of people who lost his life in the Lakhimpur Kheri violence on Sunday. He also asked PM Modi how he would have reacted to the violence that took away 8 lives. Read full story

The Indian Air Force marked 89 years of its foundation today on October 8. Celebrations are taking place at the Hindon Air Force Station in Uttar Pradesh’s Ghaziabad in which a parade show is taking place to pay tribute to 1971 war heroes.

BJP released the 80 members list of executives in which BJP MP from Pilibhit and his mother Maneka Gandhi’s names were not included. Soon after, people started drawing conclusions that this must be because Varun Gandhi condemned the violence that took place in Lakhimpur Kheri. However, Varun Gandhi denied all such reports and said that he have not attended a single NEC for the last five years and he certianly did not think he will be included in the list.

Squid Game: Once rejected, how did Netflix show become global phenomenon? All you need to know

IPL 2021 live streaming: When and where to watch final league matches SRH vs MI, RCB vs DC simultaneously