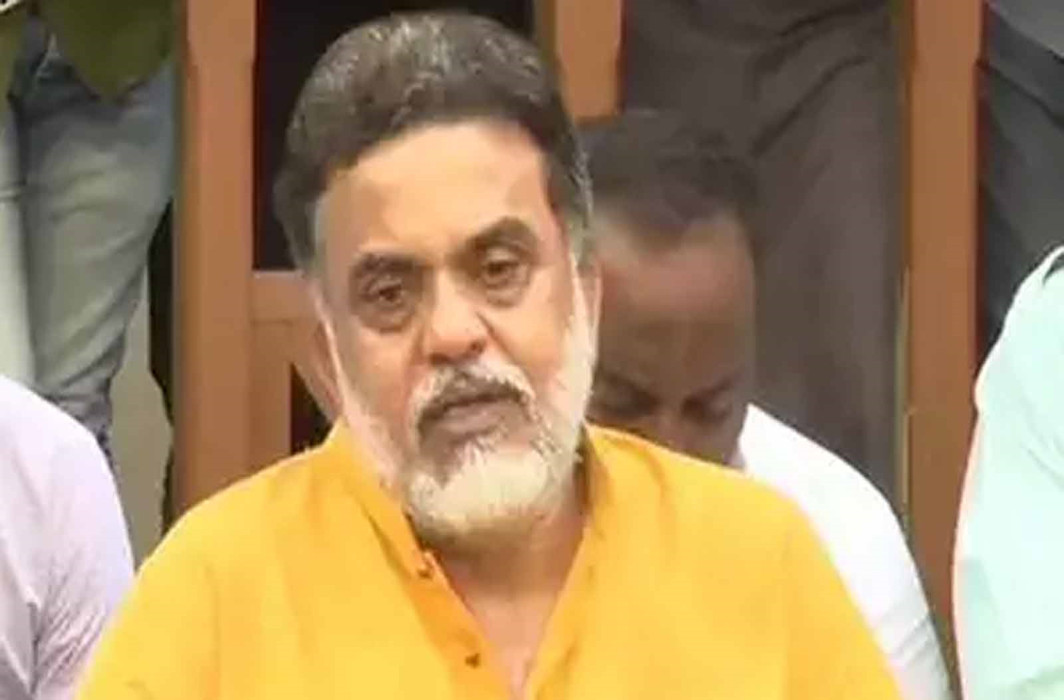 [vc_row][vc_column][vc_column_text]Congress leader Sanjay Nirupam,on Friday, October 4, predicted that his party would lose all but “three-four” seats in Mumbai, openly resentful of his leadership for “ignoring” his views on candidates for the October 21 Maharashtra election, NDTV reported.

He also alleged a conspiracy within the Congress to throw out people close to Rahul Gandhi.

“The way candidates have been chosen, in Mumbai, you can leave aside three or four seats. In all the rest, the Congress will lose its deposit (lose so badly that it has to forfeit its deposit money),” said Sanjay Nirupam, speaking to reporters.

Nirupam also took to twitter announcing his final decision to not participate in the upcoming election.[/vc_column_text][/vc_column][/vc_row][vc_row][vc_column][vc_raw_html]JTNDYmxvY2txdW90ZSUyMGNsYXNzJTNEJTIydHdpdHRlci10d2VldCUyMiUzRSUzQ3AlMjBsYW5nJTNEJTIyZW4lMjIlMjBkaXIlM0QlMjJsdHIlMjIlM0VJdCUyMHNlZW1zJTIwQ29uZ3Jlc3MlMjBQYXJ0eSUyMGRvZXNuJUUyJTgwJTk5dCUyMHdhbnQlMjBteSUyMHNlcnZpY2VzJTIwYW55bW9yZS4lMjBJJTIwaGFkJTIwcmVjb21tZW5kZWQlMjBqdXN0JTIwb25lJTIwbmFtZSUyMGluJTIwTXVtYmFpJTIwZm9yJTIwQXNzZW1ibHklMjBlbGVjdGlvbi4lMjBIZWFyZCUyMHRoYXQlMjBldmVuJTIwdGhhdCUyMGhhcyUyMGJlZW4lMjByZWplY3RlZC4lM0NiciUzRUFzJTIwSSUyMGhhZCUyMHRvbGQlMjB0aGUlMjBsZWFkZXJzaGlwJTIwZWFybGllciUyQ2luJTIwdGhhdCUyMGNhc2UlMjBJJTIwd2lsbCUyMG5vdCUyMHBhcnRpY2lwYXRlJTIwaW4lMjBwb2xsJTIwY2FtcGFpZ24uJTNDYnIlM0VJdHMlMjBteSUyMGZpbmFsJTIwZGVjaXNpb24uJTNDJTJGcCUzRSUyNm1kYXNoJTNCJTIwU2FuamF5JTIwTmlydXBhbSUyMCUyOCU0MHNhbmpheW5pcnVwYW0lMjklMjAlM0NhJTIwaHJlZiUzRCUyMmh0dHBzJTNBJTJGJTJGdHdpdHRlci5jb20lMkZzYW5qYXluaXJ1cGFtJTJGc3RhdHVzJTJGMTE3OTcyMTYxNzkzMDI1MjI4OCUzRnJlZl9zcmMlM0R0d3NyYyUyNTVFdGZ3JTIyJTNFT2N0b2JlciUyMDMlMkMlMjAyMDE5JTNDJTJGYSUzRSUzQyUyRmJsb2NrcXVvdGUlM0UlMjAlM0NzY3JpcHQlMjBhc3luYyUyMHNyYyUzRCUyMmh0dHBzJTNBJTJGJTJGcGxhdGZvcm0udHdpdHRlci5jb20lMkZ3aWRnZXRzLmpzJTIyJTIwY2hhcnNldCUzRCUyMnV0Zi04JTIyJTNFJTNDJTJGc2NyaXB0JTNFJTBB[/vc_raw_html][/vc_column][/vc_row][vc_row][vc_column][vc_column_text]Reasserting that he would not campaign for the Congress in the Maharashtra polls, he told reporters, “Now I will see you only on October 24, the day of the results.”

“The people in Delhi are not recognizing the truth…I condemn such decisions taken without thinking. That is why I said I would not campaign at all,” said Nirupam.

The only leader that the three-time MP and former Mumbai Congress chief named in his attack was Mallikarjun Kharge, the general secretary in-charge of the Maharashtra polls.

“I took four potential candidates to Kharge. He did not even speak to them and all four were rejected,” Nirupam stated.

He complained that in the Mumbai North area, which has been his stronghold for several years, he was not even consulted on candidates.

“I understand the Congress in Maharashtra like no other leader can. Yet I was not included in decision-making for the polls. If it was just one seat, then I could try and tolerate it. But in the entire district, that I should have no say, is unacceptable,” he said.

“If this kind of treatment by the leadership continues, I may have to quit the party very soon,” added Nirupam, who joined the Congress after quitting the Shiv Sena 15 years ago.

Advising the leader to “restrain himself,” Congress spokesperson Manish Tewari said, “It would be appropriate if he does not kite fly these conspiracy theories that are unimaginative.”

In another tweet, the furious Congress leader wrote, “I hope that the day has not yet come to say good bye to party. But the way leadership is behaving with me, it doesn”t seem far away.”[/vc_column_text][/vc_column][/vc_row][vc_row][vc_column][vc_raw_html]JTNDYmxvY2txdW90ZSUyMGNsYXNzJTNEJTIydHdpdHRlci10d2VldCUyMiUzRSUzQ3AlMjBsYW5nJTNEJTIyZW4lMjIlMjBkaXIlM0QlMjJsdHIlMjIlM0VJJTIwaG9wZSUyMHRoYXQlMjB0aGUlMjBkYXklMjBoYXMlMjBub3QlMjB5ZXQlMjBjb21lJTIwdG8lMjBzYXklMjBnb29kJTIwYnllJTIwdG8lMjBwYXJ0eS4lMjBCdXQlMjB0aGUlMjB3YXklMjBsZWFkZXJzaGlwJTIwaXMlMjBiZWhhdmluZyUyMHdpdGglMjBtZSUyQyUyMGl0JTIwZG9lc24lRTIlODAlOTl0JTIwc2VlbSUyMGZhciUyMGF3YXkuJTIwJTNDYSUyMGhyZWYlM0QlMjJodHRwcyUzQSUyRiUyRnQuY28lMkZCMDdiaUpXcDVNJTIyJTNFaHR0cHMlM0ElMkYlMkZ0LmNvJTJGQjA3YmlKV3A1TSUzQyUyRmElM0UlM0MlMkZwJTNFJTI2bWRhc2glM0IlMjBTYW5qYXklMjBOaXJ1cGFtJTIwJTI4JTQwc2FuamF5bmlydXBhbSUyOSUyMCUzQ2ElMjBocmVmJTNEJTIyaHR0cHMlM0ElMkYlMkZ0d2l0dGVyLmNvbSUyRnNhbmpheW5pcnVwYW0lMkZzdGF0dXMlMkYxMTc5NzIzODEzNDUxMjIzMDQyJTNGcmVmX3NyYyUzRHR3c3JjJTI1NUV0ZnclMjIlM0VPY3RvYmVyJTIwMyUyQyUyMDIwMTklM0MlMkZhJTNFJTNDJTJGYmxvY2txdW90ZSUzRSUyMCUzQ3NjcmlwdCUyMGFzeW5jJTIwc3JjJTNEJTIyaHR0cHMlM0ElMkYlMkZwbGF0Zm9ybS50d2l0dGVyLmNvbSUyRndpZGdldHMuanMlMjIlMjBjaGFyc2V0JTNEJTIydXRmLTglMjIlM0UlM0MlMkZzY3JpcHQlM0UlMEE=[/vc_raw_html][/vc_column][/vc_row]