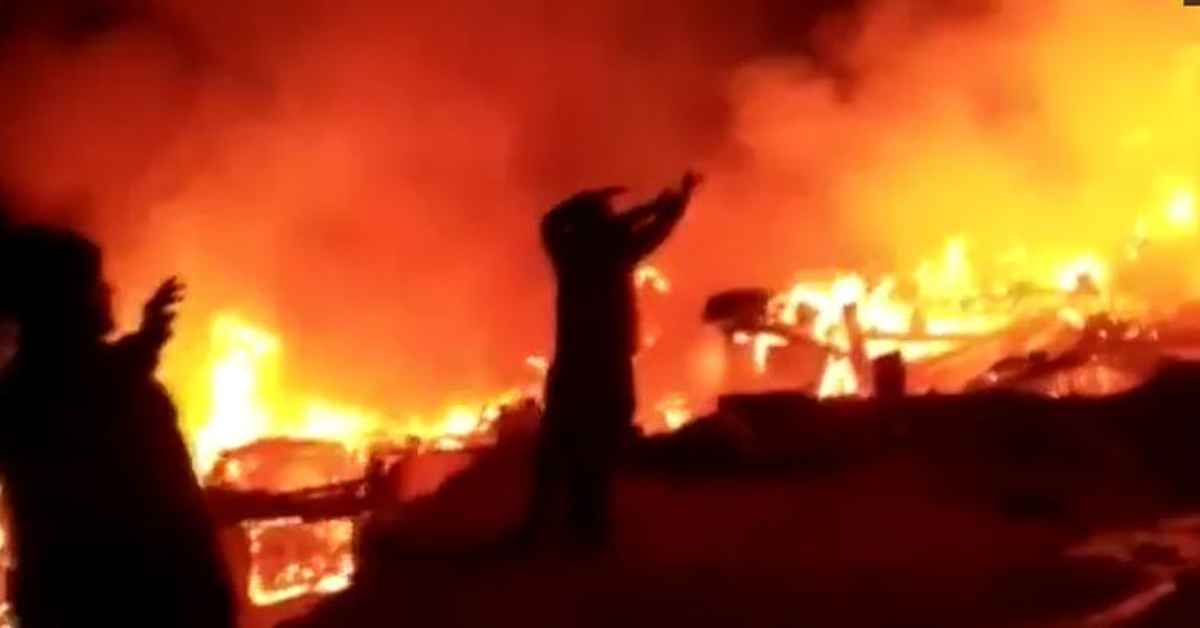 A large fire that broke out on Friday in the Kishtwar area of Jammu and Kashmir destroyed more than 15 homes. So far, no injuries have been recorded.

On the intervening night of Thursday and Friday, the fire started in the Paddar Tehsil’s Chag-Gandhari neighbourhood.

According to officials, a large fire in Jammu and Kashmir’s Kishtwar area on Friday gutted fifteen homes.

They said that nobody was hurt in the fire that started on the intervening night of Thursday and Friday in the Chag-Gandhari neighbourhood of Paddar Tehsil.

An operation to put out the fire was undertaken by residents, army, and police forces. Devansh Yadav, the deputy commissioner for Kishtwar, reported that 23 households had been affected and 15 residential buildings had been destroyed by the time the fire was put out.

The officer stated that aid was being sent to the impacted persons.

By the time the fire was put out, 15 homes had been completely destroyed, affecting 23 families. It has not yet been determined what started the fire.

On the other hand, Jammu and Kashmir’s Peoples Democatic Party tweeted, “Pained to hear that 20 residential houses have been gutted in an inferno at Padder, Kishtwar. Rising cases of fires across J&K have been a constant source of concern. Since winer is on the anvil, urge admin to rehabiliate and compensate the victims expeditiously.”

Recently, a massive fire had broken out at Chandal Labaratories of Yadadri Bhuvanagiri district in Telangana on Wednesday. A police official said that two fire engines reached the spot and dozed off the fire. However, no casualties were reported after this accident.

A similar accident took place in Telangana’s Nalgonda district in August earlier this year, leaving as many as 6 persons injured after a blast at Hindys Lab in Veliminedu village of Chityala block. Later, one person died in the hospital.

Arsenal football player Pablo Mari, 4 others stabbed in supermarket in Italy, one dead

Arsenal football player Pablo Mari, 4 others stabbed in supermarket in Italy, one dead