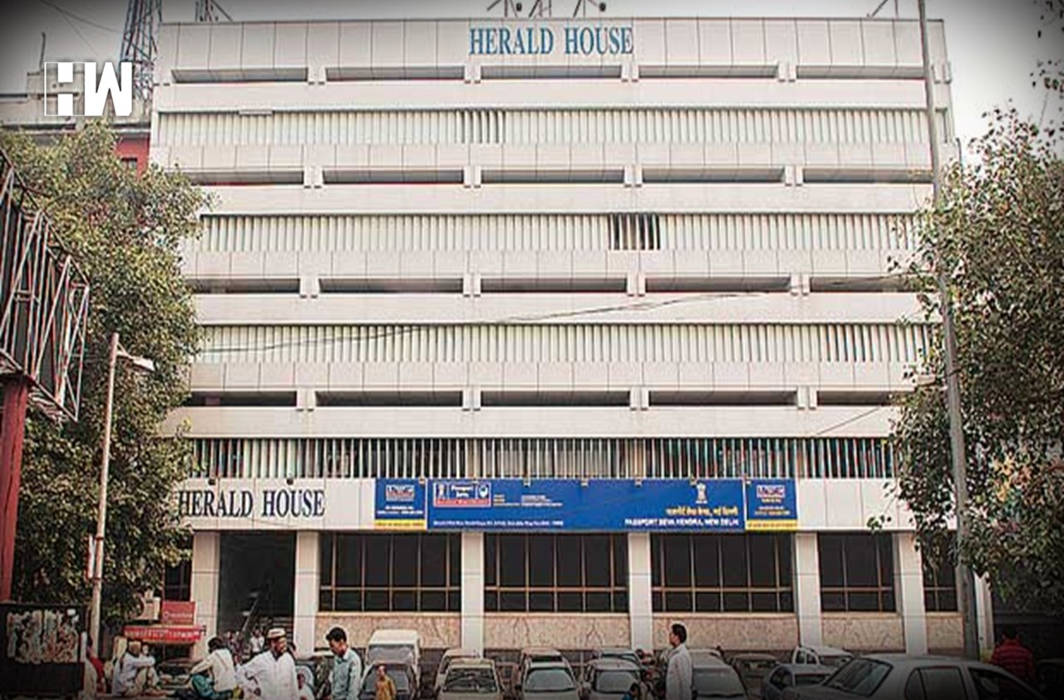 [vc_row][vc_column][vc_column_text]The Delhi High Court today (Thursday, Nov 15) ordered the Centre to maintain status quo on the Herald House till Nov 22 with regard to its eviction process initiated against Associated Journals Ltd (AJL), publisher of the National Herald newspaper.

The Narendra Modi government, fighting to counter flak over a host of issues including alleged wrongdoings in Rafale deal, CBI appointment, clash with RBI, farmers’ unrest, growing joblessness, has been trying to hit back at the top Congress leadership – Rahul Gandhi and Sonia Gandhi and had initiated a move to take over the premises of Congress mouthpiece National herald situated on the capital’s Bahadur Shah Zafar Marg.

On November 12, National Herald tweeted that it was being targeted by the BJP government for its growing digital presence.

Even as the government started the eviction process on Thursday without waiting for the court order, Delhi High Court, while hearing plea by the publishers of the newspaper Associated Journal Limited (AJL) challenging the eviction Orders passed by Land & Development officer last week, ordered a status quo and till November 22, the next date of hearing.

Solicitor General Tushar Mehta, who was representing the government’s Land and Development Office, gave the assurance of no action until then.

Associated Journals limited, which owns National Herald, had gone to the high court on Monday challenging a government order on October 30 cancelling its 56-year-old lease and asking it to vacate the building, Herald House, by today.

“It is malicious prosecution and an impugned order vitiated by malafides and ulterior political motives,” said Congress leader and lawyer Abhishek Manu Singhvi, during the hearing.

Congress leaders pointed out that the eviction had started even before the court had decided on Associated Journal’s petition.

An inspection team from the land development office reportedly found unauthorised construction in the building. The team has also found similar violations in other premises on this stretch and issued notices to the official allottees for their response.

“The National Herald case will be an example for other violators. There is an ongoing court case for another building on the same stretch,” said an official as quoted by the media.

One of the grounds mentioned in the L&DO order is that no press has been functioning in the premises for last at least 10 years and that it is being used only for commercial purposes in violation of the lease deed. The allegation has been refuted by AJL in the petition.

AJL said that the committee members who came for inspection did not visit the rooms where the printing press was installed along with the stock of papers. “AJL had been publishing a newspaper for the last several decades and that although there was a brief temporary suspension period due to financial trouble the formal newspaper and digital media operations had fully resumed,” the plea said.

The publisher submitted that the Centre’s order “is vitiated by malafides, bias and has been issued with oblique polite motives. The proceedings have been initiated for the purposes of scuttling the voices of dissent and thevoice of the largest opposition party in the country”.

The AJL, in its plea, alleged that “Since their (BJP’s) ascension to power, post May 2014 Lok Sabha elections, the ruling dispensation have put into action several covert and overt measures to erase, efface and defame the legacy of Pandit Nehru. The impugned order is yet another manifestation of their nefarious plans”.[/vc_column_text][/vc_column][/vc_row]