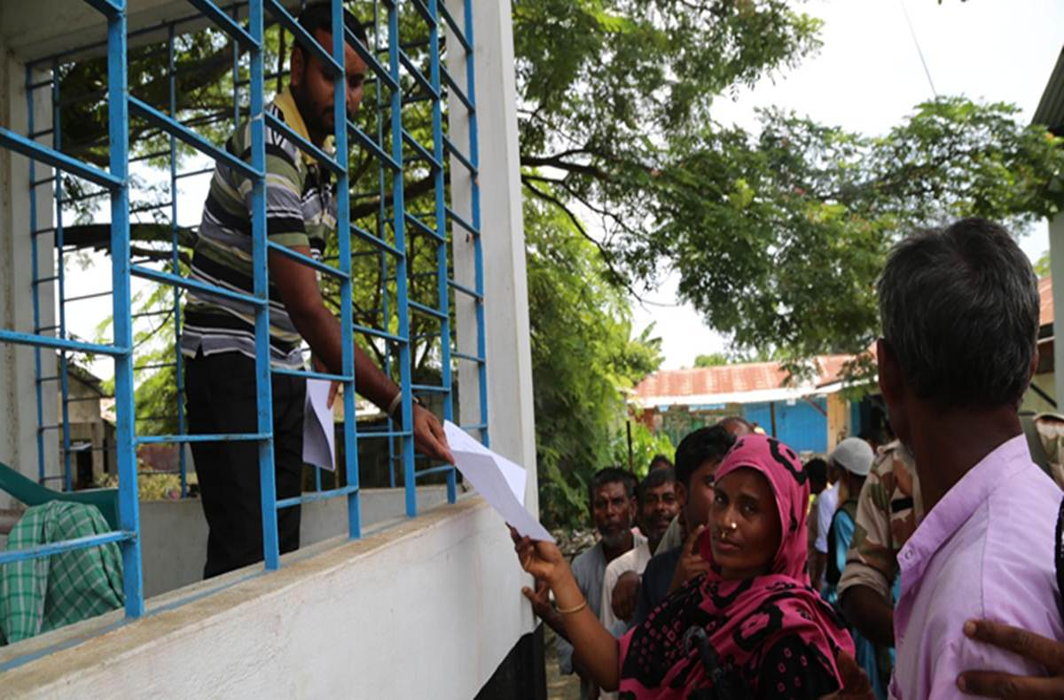 [vc_row][vc_column][vc_column_text]The Supreme Court today (Tuesday, July 23) extended the deadline for publication of the final National Register of Citizens (NRC) for Assam by a month to August 31.

The apex court had fixed July 31 for publication of the final consolidated NRC.

The bench of Chief Justice Ranjan Gogoi and Justice RF Nariman, however, declined petitions by the Centre and the Assam government seeking time to conduct a “sample re-verification process” of the names in the districts bordering Bangladesh.

The top court bench said the report of NRC state coordinator Prateek Hajela pointed out that 27 per cent re-verification had already happened in the process of adjudication of fresh claims and objections.

Last week, the court told Solicitor General Tushar Mehta, representing the state, that the report of Prateek Hajela indicated that almost 80 lakh names might have been automatically re-verified while hearing claims and objections based on the family tree approach. “This maybe even more than the 20 per cent re-verification that was being sought for,” the CJI told Mehta.

The Centre and the Assam government had urged the Supreme Court last week to extend the deadline, insisting that the authorities needed to tweak the processes for including the names of genuine citizens in the list. “India cannot be the refugee capital of the world,” the Centre’s counsel had told the top court.

Urging the court to allow sample re-verification, Mehta said that there is a “growing perception across the state that there are exclusions and inclusions, which are wrong”. The “exclusions are more”, he said, adding that this was happening mostly in the border districts, apparently due to local influences.

Meanwhile, seeking more time for publication of the final NRC, Hajela said although his public engagements were over, the prevailing flood situation was causing some difficulties. He also said that NRC officials would need some time to write the final orders.

Hajela further said a supplementary list of additional inclusions and final exclusions will be published on July 31 but one more month was needed to publish the final consolidated NRC.

The final draft NRC had left out 40 lakh applicants. Another 1 lakh, originally among the 2.89 crore included in that draft, were removed after subsequent verification.

However, the number is unlikely to remain at 41 lakh. There could be more deletions as objections have been filed against 2 lakh of the names included. There are likely be some additions, too. Of the 40 lakh excluded from the draft, 36 lakh have filed claims and some of them may have proved their citizenship with documents later.[/vc_column_text][/vc_column][/vc_row]

Assam and Bihar Floods destroy lives of over a Crore