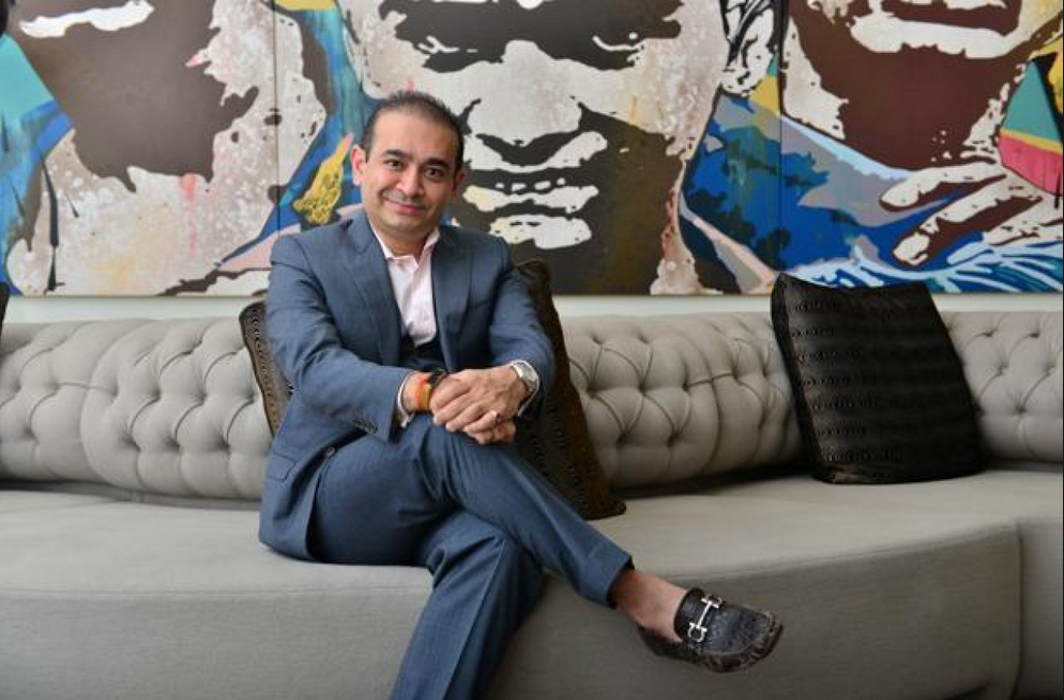 Jeweller Nirav Modi, the main accused in the Rs 13,000 crore PNB loan fraud, travelled on his Indian passport as recently as June 12, when he took a Eurostar high-speed train from London to Brussels, said media reports.

Modi avoided taking a flight on June 12 from London, choosing to travel by rail instead, after reports of his asylum request emerged., reported The Times of India, quoting sources. This was confirmed to Indian officials by European immigration authorities who captured Modi’s passport details on his trip to Brussels, the TOI report said..

Nirav Modi’s passport was revoked on February 24, but the Central Bureau of Investigation (CBI) moved the Interpol on June 11 for a red corner notice (RCN), after a chargesheet was filed against Modi recently.

In the past, requests for RCN have sometimes not succeeded in the absence of a chargesheet and officials said Interpol has not been consistent in this regard.

The window provided by the delay could have been used by Modi to travel to Brussels. Asked how Modi was still managing to travel on a revoked passport, a foreign ministry spokesperson told TOI, “We will know how he is travelling only when we are informed by (investigating) agencies.”

According to the official, the onus of informing Interpol about revocation of Modi’s passport and imposing travel restrictions is on the investigating agencies. The CBI had approached Interpol to get a ‘diffusion notice’ against Modi which would have required member countries to inform the agency through Interpol of Modi’s presence in their jurisdiction.

Modi’s passport details need to be incorporated in the international police body’s database of lost or cancelled passports which imposes travel restrictions. His passport was revoked on a request from the CBI and the Enforcement Directorate. However, he is understood to have made frequent trips across Schengen countries using his Indian passport. The source said Modi, born in Belgium, had a Singaporean passport and possibly a third one from Morocco, which is being verified.

In Brussels, Indian authorities have informed banks and financial institutions about the investigation against Modi, blocking his financial transactions. However, the source said these preventive measures had hardly impacted Modi’s business as he was able to carry out operations through companies allegedly floated by his father and associates.

His frequent travels, despite revocation of his passport, have raised suspicion of him holding six passports, of which two were active for quite some time, according to media reports. One of these had his full name while the other had only his first name with a 40-month UK visa.

The second passport was also subsequently revoked by the Indian authorities.

The government has informed the Interpol about Nirav Modi’s revoked passports, but in the absence of a uniform international mechanism, the document couldn’t be blocked in several countries, said media reports.

“It is a criminal offence to use a revoked passport and possess more than one valid passport if a person does not enjoy a special status like that of a diplomatic entity, a government employee, etc. A fresh FIR may be filed against Nirav Modi and he may face prosecution for the offence after the completion of an internal inquiry,” a senior official in the security establishment said.

According to this official, an inquiry is also being conducted to check if Nirav Modi is using passports issued by other countries. The ED, which has attached Modi’s assets in India worth Rs 3,000 crore, is planning to file extradition requests with multiple countries as he has been frequently changing locations.

Last week, the CBI and the Enforcement Directorate (ED) urged Interpol to issue an arrest warrant against Nirav Modi on the basis of their respective chargesheets against him and others, containing corruption and money-laundering charges.

Once the Interpol issued the notice and Modi’s latest location was ascertained, the government would move for his extradition, the people quoted above said.

The ED will also move a special court in Mumbai to seek an official declaration to categorise Modi as a “fugitive” on the basis of the chargesheet filed last month and for immediate confiscation of assets worth over Rs8,000 crore, owned by him, his family and associated firms.

Nirav Modi, his uncle and Gitanjali gems promoter Nirav Choksi, and others are being probed by the agencies after the PNB fraud came to light, following a complaint by the bank. CBI and ED have registered two FIRs each in the PNB fraud case. Both Modi and Choksi are said to have left the country before the criminal cases were lodged against them.