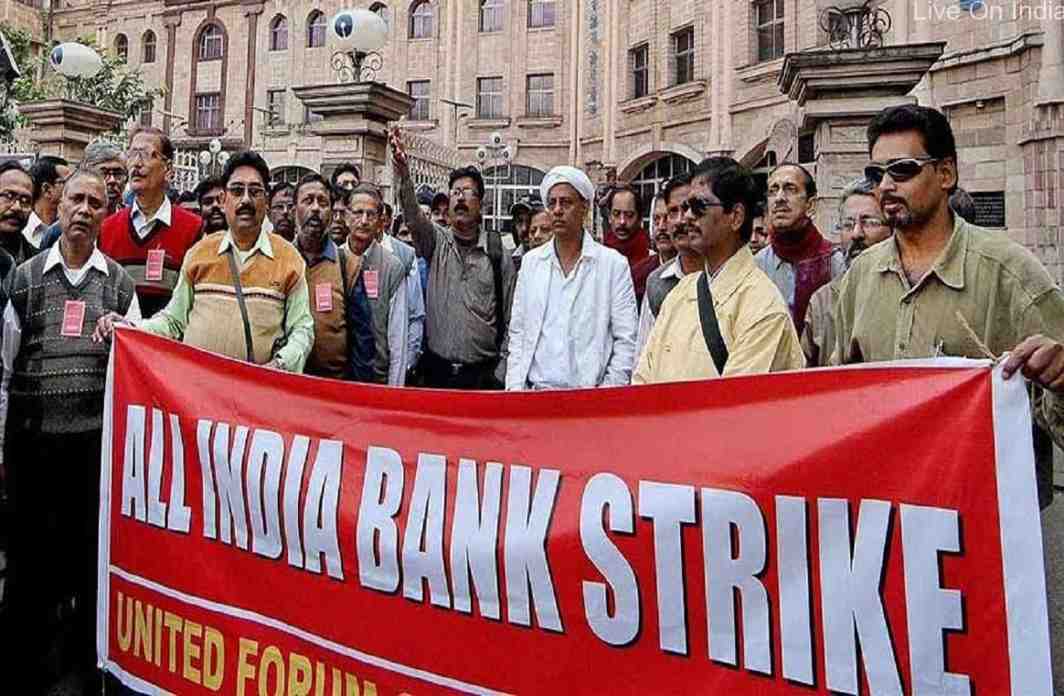 Deposit and withdrawal in bank branches, cheque clearance, NEFT and RTGS transactions will be affected

Services at public sector banks (PSBs) has been hit today as all the unions under the aegis of United Forum of Bank Unions (UFBU) have observed one day strike to protest against the privatisation of PSB’s, and their merger and consolidation. However, the private sector banks such as ICICI Bank, HDFC Bank, Axis Bank and Kotak Mahindra Bank will continue to function normally except delays in cheque clearance.

Deposit and withdrawal in bank branches, cheque clearance, NEFT and RTGS transactions will be affected. “Around 40 lakh cheque clearances worth Rs 22,000 crore would be impacted due to the strike”, said General Secretary of AIBEA  C.H. Venkatachalam.

But, the critical operations like data centers will remain open to facilitate online transactions.

Besides opposing the government’s consolidation move, the other demands by the unions include not to write off bad loans, and to declare willful default of bank loans as a criminal offence. Notably, Gross bad loans of Indian banks rose over 24 percent year-on-year to Rs 779000 crore at the end of June 2017. Of this, Rs 683000 crore belongs to public sector banks.

“Nearly one million bank employees across all 21 public sector banks are on strike today,”added Venkatachalam.

The Indian Banks’ Association (IBA) has already informed customers that the functioning of branches and offices will be affected due to the strike. It has also asked the banks to take measures in advance to minimise the impact.

Citing the reason, AIBOC General Secretary D T Franco said, “As the conciliation meeting before the Chief Labour Commissioner failed, unions are left with no other option but to go on strike. There was no assurance from the government and the management of banks.”

“All attempts to hammer out solutions to the demands raised by the unions yielded no result and hence, UFBU decided to proceed with the proposed strike on August 22,” Franco added.

NOBW Vice-President Ashwini Rana said, the government should provide overtime for additional work during demonetisation. He also suggested that banks should not pass on the burden of corporate  Non-Performing Assets (NPAs) to bank customers by hiking charges.

NPA basically refers to a classification of loans on the books of financial institutions that are in default or are in arrears on scheduled payments of principal or interest. In most cases, debt is classified as nonperforming when loan payments have not been made for a period of 90 days.

In India, 21 PSB’s such as State Bank of India, Punjab National Bank, Bank of Baroda control 75 percent of the total business.

Triple Talaq verdict: How the dice rolled in the courts