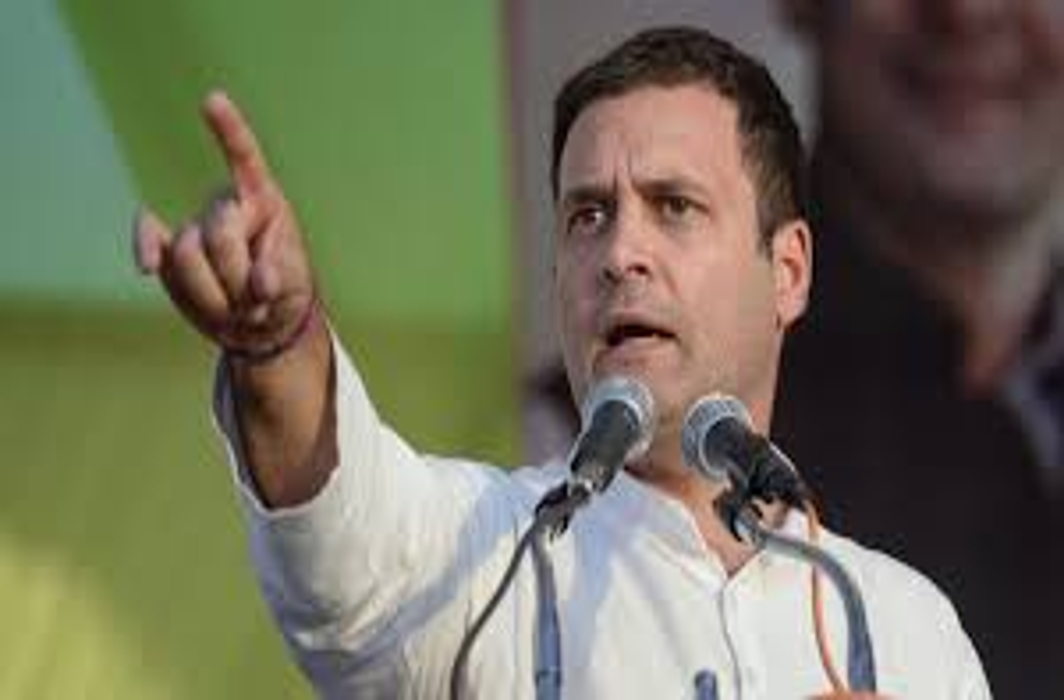 [vc_row][vc_column][vc_column_text]Congress MP from Wayanad Rahul Gandhi, who recently quit as party president was granted bail today (Saturday, July 6) by a court in Patna in a defamation case filed by Bihar Deputy Chief Minister Sushil Modi for allegedly saying “all thieves had the surname Modi”.

Rahul Gandhi surrendered before Additional Chief Judicial Magistrate Kumar Gunjan, who is the judge for special MPs and MLAs court and was granted bail on two sureties of Rs 10,000 each, said media reports.

Rahul Gandhi, addressing an election rally at Kolar in Karnataka on April 13, had said, “I have a question. Why do all thieves have Modi in their names whether be it Nirav Modi, Lalit Modi, and Narendra Modi? We don’t know how many more such Modis will come out.”

Sushil Modi called Gandhi’s statement “offensive and derogatory” and filed the case under section 500 of the Indian Penal Code on April 18. He also sought an apology from Gandhi. “Rahul defames and hurts the sentiments of everyone who has the Modi surname,” he had said.

Emerging from the court after getting bail, Rahul Gandhi said, “Whoever stands against RSS’ and Narendra Modi ji’s ideology is attacked, court cases are slapped. My fight is to save the Constitution, to stand for the poor & the farmers.” [/vc_column_text][vc_raw_html]JTNDYmxvY2txdW90ZSUyMGNsYXNzJTNEJTIydHdpdHRlci10d2VldCUyMiUyMGRhdGEtbGFuZyUzRCUyMmVuJTIyJTNFJTNDcCUyMGxhbmclM0QlMjJlbiUyMiUyMGRpciUzRCUyMmx0ciUyMiUzRVJhaHVsJTIwR2FuZGhpJTIwYWZ0ZXIlMjBhcHBlYXJpbmclMjBpbiUyMGElMjBkZWZhbWF0aW9uJTIwY2FzZSUyMGZpbGVkJTIwYWdhaW5zdCUyMGhpbSUyMGJ5JTIwQmloYXIlMjBEZXB1dHklMjBDTSUyMFN1c2hpbCUyME1vZGklM0ElMjBXaG9ldmVyJTIwc3RhbmRzJTIwYWdhaW5zdCUyMFJTUyUyNiUyMzM5JTNCJTIwYW5kJTIwTmFyZW5kcmElMjBNb2RpJTIwamklMjYlMjMzOSUzQnMlMjBpZGVvbG9neSUyMGlzJTIwYXR0YWNrZWQlMkMlMjBjb3VydCUyMGNhc2VzJTIwYXJlJTIwc2xhcHBlZC4lMjBNeSUyMGZpZ2h0JTIwaXMlMjB0byUyMHNhdmUlMjB0aGUlMjBDb25zdGl0dXRpb24lMkMlMjB0byUyMHN0YW5kJTIwZm9yJTIwdGhlJTIwcG9vciUyMCUyNmFtcCUzQiUyMHRoZSUyMGZhcm1lcnMuJTIwJTNDYSUyMGhyZWYlM0QlMjJodHRwcyUzQSUyRiUyRnR3aXR0ZXIuY29tJTJGaGFzaHRhZyUyRlBhdG5hJTNGc3JjJTNEaGFzaCUyNmFtcCUzQnJlZl9zcmMlM0R0d3NyYyUyNTVFdGZ3JTIyJTNFJTIzUGF0bmElM0MlMkZhJTNFJTIwJTNDYSUyMGhyZWYlM0QlMjJodHRwcyUzQSUyRiUyRnQuY28lMkZUNEdKc1N1bTNWJTIyJTNFcGljLnR3aXR0ZXIuY29tJTJGVDRHSnNTdW0zViUzQyUyRmElM0UlM0MlMkZwJTNFJTI2bWRhc2glM0IlMjBBTkklMjAlMjglNDBBTkklMjklMjAlM0NhJTIwaHJlZiUzRCUyMmh0dHBzJTNBJTJGJTJGdHdpdHRlci5jb20lMkZBTkklMkZzdGF0dXMlMkYxMTQ3NDI5NzIyOTk0ODU1OTQxJTNGcmVmX3NyYyUzRHR3c3JjJTI1NUV0ZnclMjIlM0VKdWx5JTIwNiUyQyUyMDIwMTklM0MlMkZhJTNFJTNDJTJGYmxvY2txdW90ZSUzRSUwQSUzQ3NjcmlwdCUyMGFzeW5jJTIwc3JjJTNEJTIyaHR0cHMlM0ElMkYlMkZwbGF0Zm9ybS50d2l0dGVyLmNvbSUyRndpZGdldHMuanMlMjIlMjBjaGFyc2V0JTNEJTIydXRmLTglMjIlM0UlM0MlMkZzY3JpcHQlM0UlMEE=[/vc_raw_html][vc_column_text]He told journalists, “My fight is against the ideologies of the RSS and the BJP, and those who stand up against them are attacked with such court cases. But my fight will continue…I would keep appearing before courts.”

When asked about his resignation from the party president post, he said, “I’ve already explained my position on this.”

Earlier, hours before the court proceedings began, Gandhi tweeted, “I will appear in person at the Civil Court in Patna today at 2 PM, in yet another case filed against me by my political opponents in the RSS/ BJP to harass & intimidate me”.

Sushil Modi’s counsel Shambhu Prasad said the court fixed August 8 as the date of next hearing in the case.

“We did not oppose his bail. The court explained to him the accusation against him and asked whether he pleaded guilty,” Prasad told PTI. “The respondent replied in the negative and the matter was posted for further hearing on August 8.”

Two more cases were filed against Gandhi for the remark, media reports said. On April 24, BJP leader Manoj Modi filed a case against Gandhi in the Chief Judicial Magistrate’s (CJM) court in Bihar’s Purnea district. On May 2, a Gujarat court had also issued summons to Gandhi after a criminal defamation suit was filed by BJP MLA Purnesh Modi.[/vc_column_text][/vc_column][/vc_row]