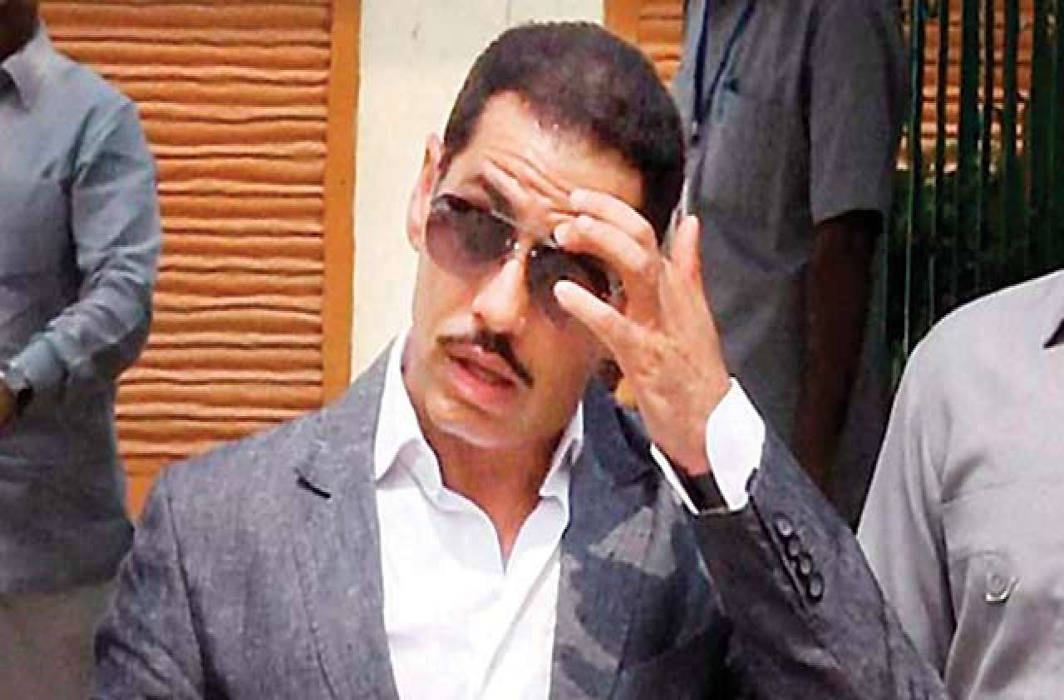 [vc_row][vc_column][vc_column_text]Businessman and husband of newly appointed Congress general secretary Priyanka Gandhi Vadra, Robert Vadra is being interrogated by the Enforcement Directorate (ED) for the third time today (Saturday, Feb 9) after undergoing over 14 hours of questioning on Wednesday and Thursday.

Vadra, who claims he is being targeted for political reasons, arrived at the agency’s office at Jamnagar House in Central Delhi around 10.45 am in his private vehicle. Priyanka Gandhi Vadra – who dropped him off at the ED office on Wednesday and on Thursday, came to pick him up – is expected to attend a meeting at the party office today.

The BJP, lending credence to politics behind his interrogation – though it was backed by the court – has sought to target the Congress and its president Rahul Gandhi, accusing the entire family of being neck-deep in corruption. Even at the time of last Lok Sabha election in 2014, the BJP had made it a major issue.

However, it is only now, at the fag end of the Modi government’s term and barely a couple of months away from elections, that the investigative agency has started questioning him.

The Congress no longer wants to play defensively when it comes to Vadra. The party is accusing the Narendra Modi government of unleashing a political vendetta against the Gandhi family.

For her part, Priyanka has faced the issue in a forthright manner, replying simply that she stands by her family when quizzed by reporters. 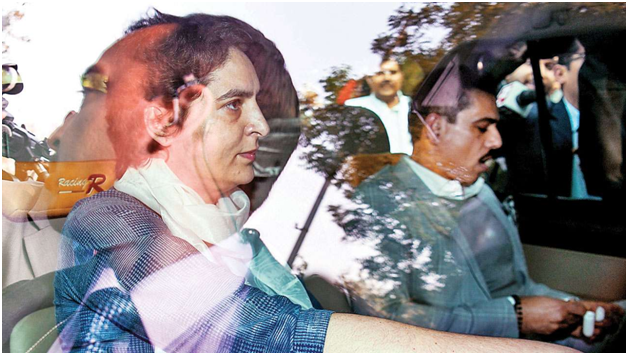 Congress president Rahul Gandhi, asked about Vadra being questioned, said, “I don’t have a problem. Let them investigate Vadra or Chidambaram. But they should investigate Rafale as well.”

The ED is questioning Vadra about properties worth around 12 million pounds in London that allegedly belong to him.

The agency has told a Delhi court that it has received information about various new properties in London which belong to Vadra. These include two houses, one worth 5 million GBP and the other valued at 4 million GBP, six other flats and more properties.

The agency questioned Vadra about these properties on Wednesday and Thursday but Vadra reportedly denied the allegations.

The last time Vadra was reportedly confronted with documents that the agency had obtained or seized as part of its probe in the case and also asked about the key persons involved in the case – the absconding controversial arms dealer Sanjay Bhandari and his relative, and two others.

Vadra has also shared documents with the investigating officer of the case and has assured some more will be provided as and when he gets them, official sources had said.

On Thursday, the investigators questioned showed Vadra some e-mails allegedly between him and Sumit Chadha, the London-based relative of Sanjay Bhandari. In the mails, accessed by NDTV, Sumit Chadha purportedly asked for reimbursement for the renovations made at a mansion at 12 Bryanston Square in London.

A response, purportedly from Vadra, read: “Will look into it in the morning and let Manoj sort it out.”

Manoj, referred to in the e-mail, is reported to be Manoj Arora, a former employee of Skylight Hospitality, a firm linked to Vadra. The money-laundering case was initially filed against him.

Vadra is also expected to depose before the ED on February 12 in Jaipur in an another money-laundering case related to a land scam in Bikaner. The Rajasthan High Court has directed him to cooperate with the agency in the case. Vadra is accused of acquiring 275 bigha land in Rajasthan’s Bikaner through his company, Sky Light Hospitality, allegedly in violation of the rules. The Enforcement Directorate registered a case in 2015 after the Rajasthan police filed a chargesheet alleging forgery in the allotment of the land.

The agency is also investigating the role of a steel firm that bought the land from Sky Light Hospitality at apparently a much higher price than the market rate. In this case, the agency has sent multiple summons to Vadra under the Prevention of Money Laundering Act.

The Rajasthan High Court has ordered Vadra and his mother Maureen to appear before the Enforcement Director on 12 February for questioning in the case. The court has restrained the agency from arresting Vadra.

Vadra, along with former Haryana Chief Minister BS Hooda, is also an accused in a suspect land deal involving real estate giant DLF in Gurgaon. An FIR filed against them claims that Sky Light Hospitality purchased 3.5 acres of land in Sector 83 of Gurgaon and sold it at a huge profit after obtaining a licence with Hooda’s help to develop it commercially. In return for allegedly helping Vadra, Hooda is accused of allotting 350 acres of land to DLF in violation of the law.

Vadra and Hooda have been booked under the Prevention of Corruption Act as well as the Indian Penal Code sections related to cheating, criminal conspiracy, forgery.

In 2015, the Haryana government set up the Justice SN Dhingra Commission to investigate granting of licences for the development of Gurgaon’s Sector 83. On January 10, the Punjab and Haryana High Court told the state government not to publish the report for now.[/vc_column_text][/vc_column][/vc_row]

Hooch Tragedy: Toll Rises to 70 after Deaths in UP and Uttarakhand