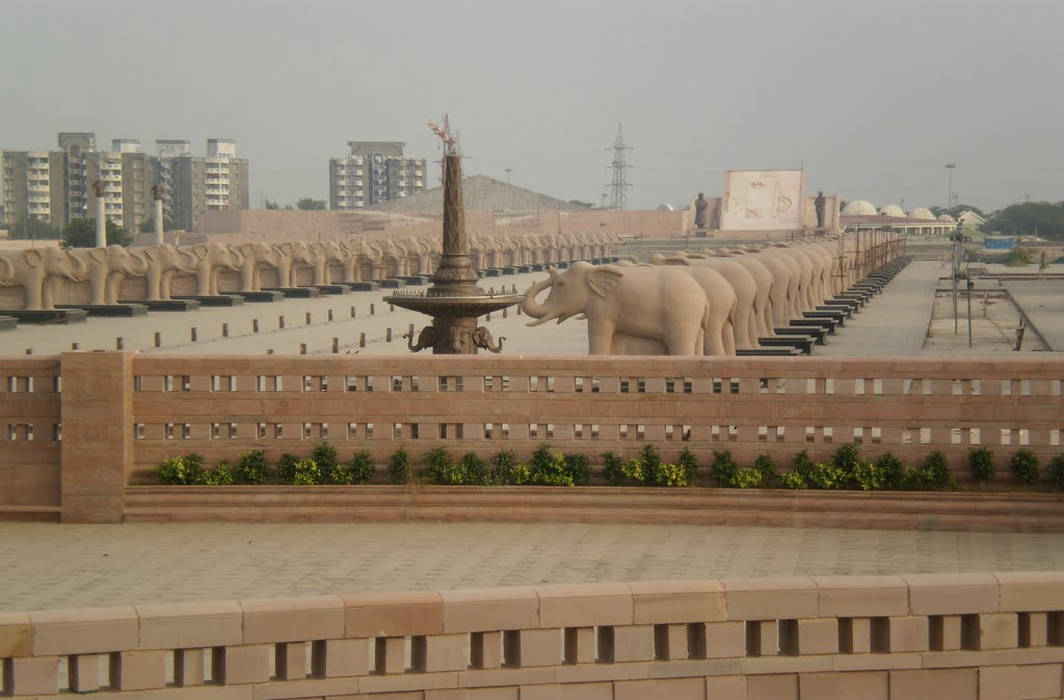 [vc_row][vc_column][vc_column_text]The Supreme Court today (Friday, Feb 8) said it was of the “tentative view” that Bahujan Samajwadi Party (BSP) chief Mayawati should pay back to the public exchequer the money she spent on erecting statues of herself and her party’s symbol ‘elephant’ in public parks across Lucknow and Noida.

This comes on top of a probe by the Enforcement Directorate Mayawati is facing over alleged financial irregularities in the construction of parks and memorials commissioned during her stint as Uttar Pradesh chief minister from 2007-12.

A Bench led by Chief Justice of India (CJI) Ranjan Gogoi was hearing a petition filed by Supreme Court advocate Ravi Kant in 2009, alleging that crores of public money was spent by then Uttar Pradesh Chief Minister Mayawati on these acts of self-aggrandisement. He contended that public money cannot be utilised for building own statues and for propagating a political party.

“We are of the tentative view that Mayawati has to deposit the public money spent on her statues and party symbol to the State exchequer,” said CJI Gogoi. The Bench, also comprising Justices Deepka Gupta and Sanjeev Khanna, made it clear the tentative view was expressed by it as the matter will take some time for hearing. “We will have it for final disposal on April 2,” the bench said.

Kant has alleged that about Rs 2,000 crore was used from the State budget for 2008-09 and 2009-10 to ‘falsely glorify’ the then CM. The petitioner has said the State government should be directed to remove the statues of Mayawati and her party symbol ‘elephant’ from public land.

“The said activity is being carried out as a State policy, which is arbitrary and violative of Article 14 of the Constitution. Sixty statues of elephant were installed at a cost of Rs 52.20 crore at public places by utilising State funds,” the petition had alleged in 2009.

While it is unclear whether the court would ask Mayawati to be personally present in court for the proceedings or indeed order her to cough up the monies her government spent on construction of enormous, self-dedicated, memorials, the view expressed by the top court certainly comes as a major setback for the BSP chief ahead of the Lok Sabha polls.

Mayawati’s fourth stint as UP chief minister between 2007 and 2012 had been widely criticized for the huge amounts of public money her government spent on building parks and memorials in Lucknow, Noida and other parts of the state which were all decked up with massive statues of Dalit icons, BSP founder Kanshi Ram, Mayawati and elephants.

Several petitions had, at the time, challenged the construction of these parks and the extensive use of elephant statues were touted as violation of election commission rules as many saw them as Mayawati’s move to etch her party’s poll symbol strongly into public memory. However, since the elephant statues were not an exact replica of her poll symbol, Mayawati had got reprieve from various courts and the poll panel on their construction. She had also stoutly defended her bizarre decision of getting her own statues installed at these parks while her opponents sought to mock her by claiming that, in Indian tradition, statues of only the deceased are erected.

The BSP’s rout in the 2012 assembly polls was largely attributed to the electorate’s agony against the huge wastage of public money on these memorials, seen as a self-aggrandizing agenda. While it was speculated at the time that the Samajwadi Party government which came to power after Mayawati’s defeat would demolish her statues, then chief minister Akhilesh Yadav had made it clear that he would let the statues stay since a huge amount of public money had already been spent on them.

With Mayawati and Akhilesh now joining hands to take on the common enemy, Prime Minister Narendra Modi and his BJP, in the upcoming Lok Sabha polls, the two satraps from Uttar Pradesh are facing various probes for alleged irregularities that had occurred during their respective stints as chief minister.

In January, the Enforcement Directorate had raided half a dozen places in Lucknow in a bid to recover documents related to the construction of memorials by the Mayawati regime. The raids had come close on the heels on the CBI launching an inquiry into the alleged role of Akhilesh Yadav in illegal mining in Uttar Pradesh. Predictably, both Mayawati and Akhilesh had said that the raids were the result of political vendetta by the BJP.

The Enforcement Department has filed a criminal case under the Prevention of Money Laundering Act to investigate the alleged irregularities flagged by the state vigilance department in 2014 over construction of the memorials. The vigilance department complaint, prepared during the tenure of Akhilesh Yadav’s chief ministership, had claimed that Uttar Pradesh suffered losses of around Rs. 111 crore in the construction of Mayawati’s Dalit memorials between 2007 and 2012. As per one UP government estimate, the overall cost of building the memorials across the state was in the vicinity of a staggering Rs. 2,600 crore.

The UP Lokayukta had also indicted two cabinet colleagues of Mayawati – Nasmeedunin Siddiqui and Babu Singh Kushwaha – besides 12 of her party lawmakers for alleged “’wrong-doings”’ in the purchase of sandstone for the memorials.

Also Read: PM Modi responds to ‘Where are jobs?’

With the Supreme Court now indicating that it may ask Mayawati to personally cough up the money her government spent on the memorials, the BSP supremo may well be staring at a major crisis as her party’s financial muscle is known to be on a steady decline since she lost power in 2012. Faced with a political adversary like the BJP which has earned millions in political donations over the past four and half years of its rule at the Centre, Mayawati knows she needs a robust treasury to help her party’s candidates fight the upcoming polls. However, if a large chuck of her party’s wealth has to be deposited with the BJP-led UP government’s coffers, her Lok Sabha battle may be significantly dented.[/vc_column_text][/vc_column][/vc_row]

Robert Vadra being questioned by ED for money laundering; the charges against him