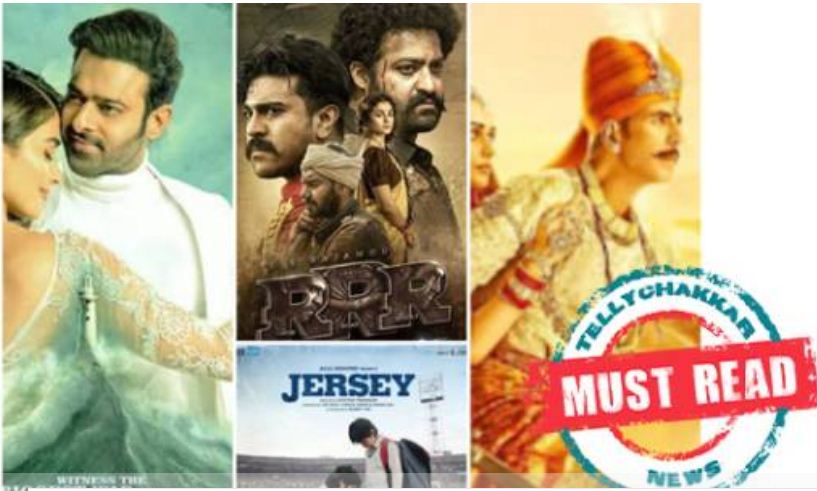 Amid Covid restrictions in different parts of the country, the makers of several big releases like RRR, Prithviraj, Jersey and Radhe Shyam which were lined up in the first week of January or in the month of January has decided to shift the release dates.

However, Deepika Padukone’s Gehraaiyaan, which was scheduled to release OTT in January, will now stream in February.

A Telugu remake sports drama starring Shahid Kapoor and Mrinal Thakur has now been postponed until any further information. The movie was set to hit the big screen on December 31, 2021.

In a statement, the makers of the movies had said the movie is postponed in view of the health and safety of the audience. Yet, there is no official announcement about the release date of the movie.

After Bahubali 2, the SS Rajamauli’s much-awaited RRR starring Jr NTR, Ram Charan, Alia Bhatt and Ajay Devgn is yet again postponed. The movie was set to release on January 7. The makers of the movie believe that the movie deserves a theatrical release.

Akshay Kumar and debutant Manushi Chillar’s much-awaited period drama Prithviraj which was set to hit the big screen on January 21 has also been postponed due to rising Covid-19 cases.

Amid fresh curbs across the country, it is expected that the release of the movie Radhe Shyam, starring Prabhas and Pooja Hegde, will be halted due to the ongoing pandemic situation. The release was scheduled for January 21.