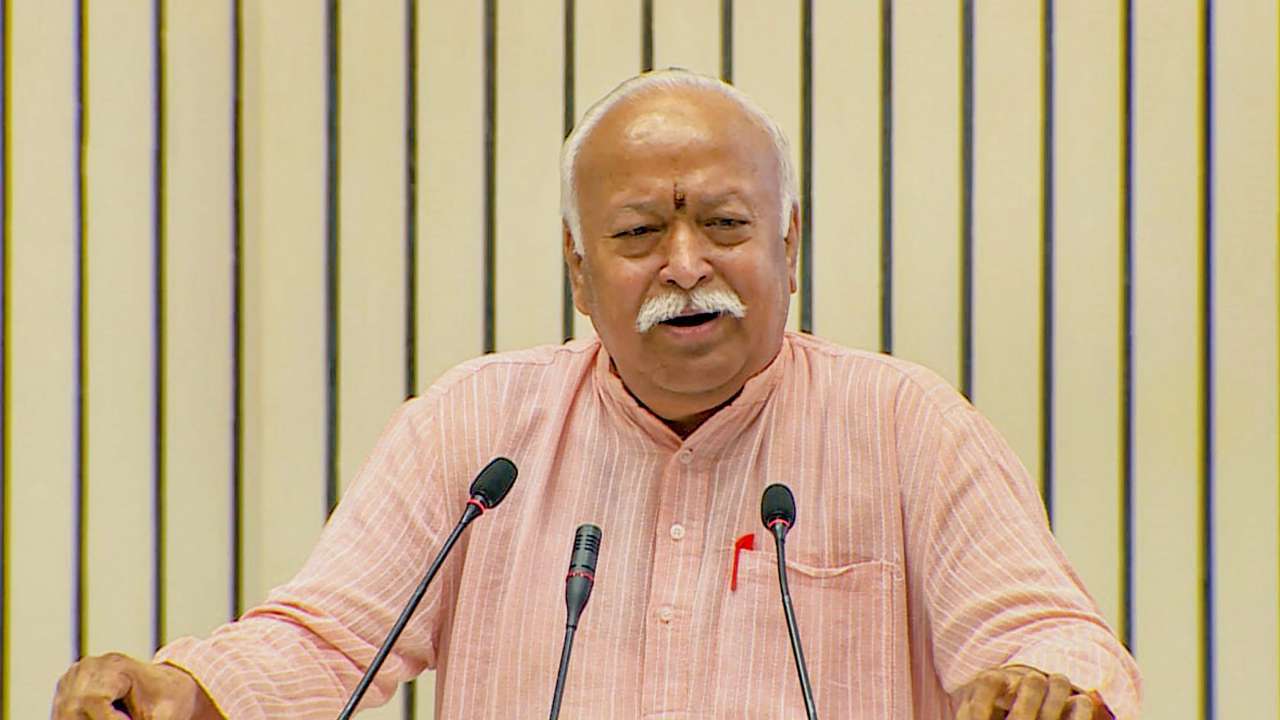 Rashtriya Swayamsevak Sangh chief Mohan Bhagwat on Sunday urged all Muslims not to get trapped in the cycle of fear that Islam is in danger in India. He said the DNA of all the Indians is the same irrespective of religion and those indulging in lynching are against Hindutva.

Addressing an event ”Hindustani First, Hindustan First’, organized by the Muslim Rashtriya Manch in Ghaziabad, Bhagwat said, if a Hindu says that no Muslim should live here, then the person is not Hindu. Calling out people who indulge in mob lynching, the RSS Chief said, the cow is a holy animal but the people who are lynching others are going against Hindutva. Law should take its own course against them without any partiality.

Though at times, some false cases of lynching have been registered against people, he added.

He said that no Muslim should believe that Islam is in danger in India. Underlining that development in Hindu-Muslim relationship is not possible without unity in the country, Bhagwat stressed that the basis of unity should be nationalism and the glory of ancestors.

The only solution to Hindu-Muslim conflict is dialogue, not discord, he said. Hindu-Muslim unity is misleading as they’re not different, but one. DNA of all Indians are same, irrespective of religion, Bhagwat said.

Stressing over the fact that all Indians are equal, the RSS chief said we are in a democracy. There can’t be a dominance of Hindus or Muslims. There can only be the dominance of Indians.

While beginning his speech at the event, Bhagwat said he was attending the event neither for vote bank politics or an image makeover. Sangh is not in politics nor does it bother about maintaining an image. It keeps on doing its work towards the welfare of the society and strengthen the nation, he added.

In other India news, in a mocking tweet, Rahul Gandhi asked why Prime Minister Narendra Modi’s government was not ready for the JPC investigation.