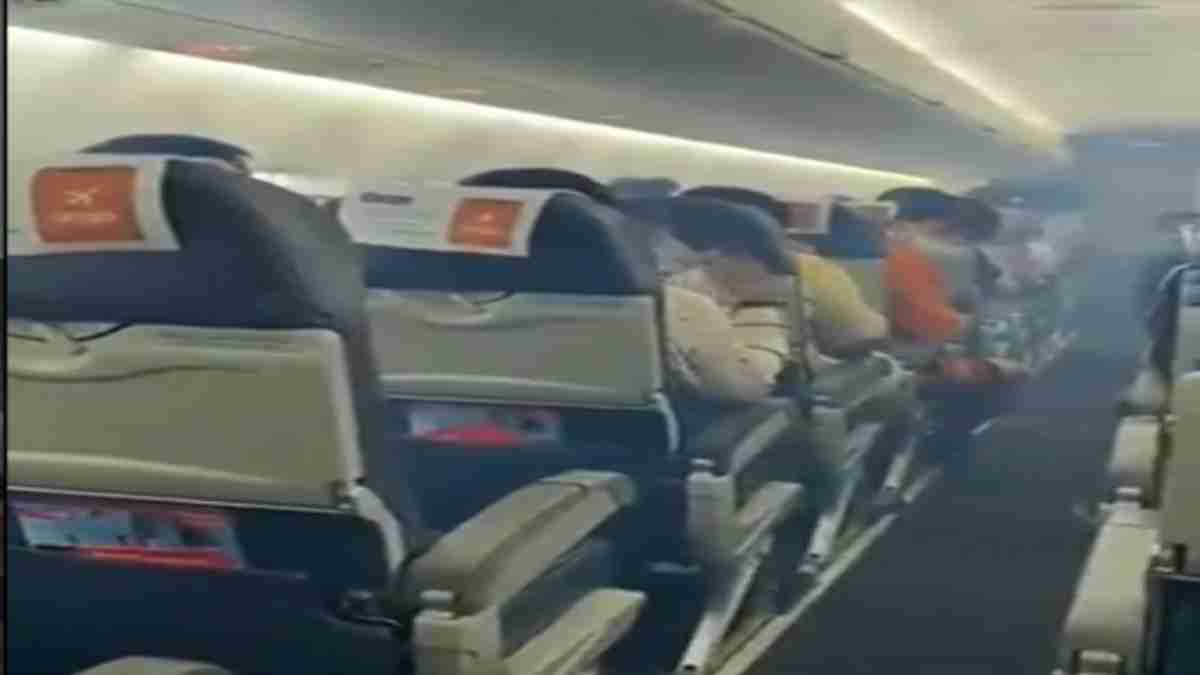 A Delhi-Jabalpur-bound SpiceJet plane returned safely to Delhi on Saturday after crew members noticed smoke in the cabin.

The Bombardier Q400 Dash 8 plane made an emergency landing and returned to Delhi. As per the top official at India’s aviation safety regulator DGCA, the aircraft took off from Delhi early in the morning and the crew noticed smoke in the cabin. The lavatory smoke alarm went off.

The official also said that the cabin crew informed the cockpit crew of mild smoke in the cabin, however, there was no visual check or sign of smoke or damage seen in the lavatory.

A Spice Jet spokesperson, in a statement, informed that SpiceJet Q400 aircraft was operating SG-2962 and the crew notices smoke in the cabin while passing 5000ft. The pilots decided to return to Delhi and the aircraft landed safely at Delhi and the passengers were safely disembarked.

The video of the plane safely landing in Delhi is doing rounds on the internet.

Recently, another Jabalpur-bound SpiceJet flight made an emergency landing after cabin pressure onboard dropped. 12 hours after the incident, another SpiceJet flight made an emergency landing in Patna after smoke and flames were detected in its engine. Reports said a bird hit the engine which led to the fire. There were 185 passengers on board and all of them were evacuated safely.

Following the incident, DGCA launched a probe which found no evidence of a fire in the engine of the Delhi-Patna SpiceJet flight.

Rahul Gandhi slams PM Modi over MGNREGA, says PM had not understood the depth of the scheme