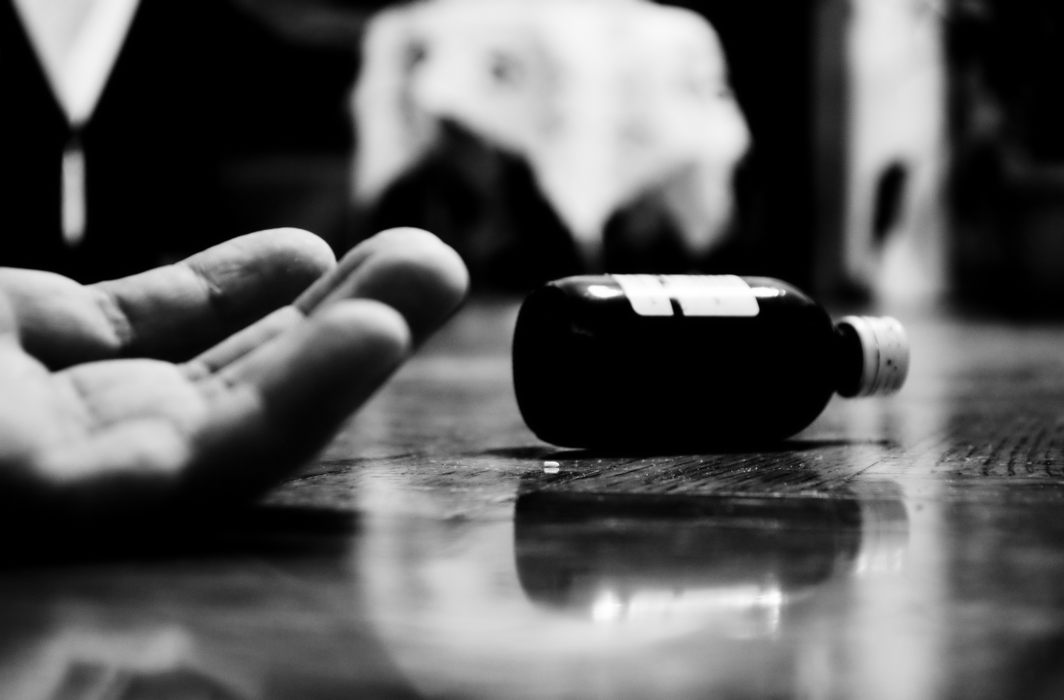 Prakash Pandey stumbled into the BJP headquarters in Dehradun on Saturday and claimed that he suffered “immense” losses due to note ban & GST.

Giving the lie to government claims about demonetisation and the Goods and Service Tax (GST) regime, the twin policy shocks on Tuesday claimed the life of a 44-year old trader who had consumed poison at the BJP headquarters in Dehradun days ago.

The Haldwani-based transporter, Prakash Pandey, had stumbled inside the BJP headquarters in Dehradun on Saturday afternoon, into a janta darbar (public grievances meeting), and claimed that he took poison after suffering “immense” losses following the implementation of the BJP government’s policy reforms.

The janata darbar, presided over by the state’s agriculture minister Subodh Uniyal, witnessed high drama as the trader, with teary eyes, went on to say that he had taken poison as a last resort after he was unable to repay loans due to note ban and GST.

“My debts have increased manifold due to demonetisation and the way GST was implemented. I have also approached the PMO for waiver of loans but nothing has happened. I have therefore been forced to end my life,” said the 44-year-old transporter.

And amid puzzled viewers at the Bharatiya Janata Party (BJP) headquarters, Pandey continued saying, “The Congress government was much better than the BJP. I am financially ruined due to the decisions taken by this government.”

Though the police officials present at the spot rushed Pandey to the Government Doon Medical College Hospital – where the doctors admitted him to the ICU – the trader later died of multiple organ failure at a private hospital on Tuesday.

Stating that Sulphas powder consumed by Pandey resulted in organ failures, Chief medical officer of Dehradun, YS Thapliyal said, “The patient had said that he had taken aluminum phosphide, a highly toxic chemical. We have preserved viscera sample for examination.”

Blaming the government for the death of Pandey, his cousin Umesh Niklani said, “My brother did not take his life, it was the system that murdered him. He was treated badly by the state government and was callously asked to get a Below Poverty Line (BPL) card before requesting financial help. He died fighting against decisions like demonetisation and GST which have ruined many like him.”

“He had taken loan to purchase new trucks but the business slowed down first due to demonetization and then due to GST and he was unable to pay back the loan,” he added.

The implementation of the GST regime by the Narendra Modi government in July last year led to much confusion among the small traders and businessmen in the country, since the operating costs increased. Payments to contractors and transporters for many government contracts stalled for months in Uttarakhand following confusion over the new tax regime.