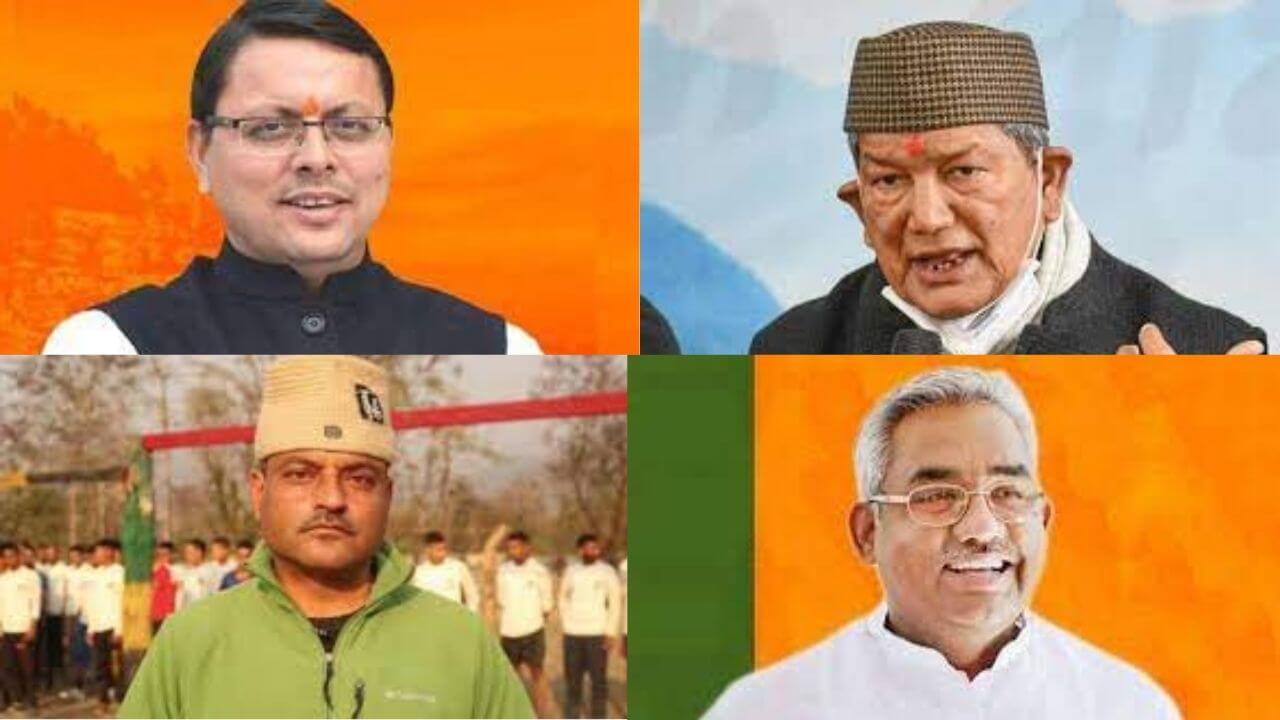 The voting for the Uttarakhand Assembly Elections 2022 took place on February 14 for 70 constituency seats in a single phase. The voter turnout this year was recorded at 62.5 per cent. The counting of votes will take place on March 10. This year, the counting process will be more interesting as various strong leaders, as well as candidates with strong political backgrounds are standing. Key parties are the Bharatiya Janata Party, Congress, and Aam Aadmi Party.

Other parties in the fray are Bahujan Samaj Party, Uttarakhand Kranti Dal, Samajwadi Party, and All India Majlis-e-Ittehadul Muslimeen, among others. In total, there are 70 assembly constituencies in Uttarakhand with over 78 lakh voters.

As the people of Uttarakhand wait for their new Chief Minister, here are the key candidates for the Uttarakhand Assembly Elections 2022:

Pushkar Singh Dhami is the current Chief Minister of Uttarakhand. He is a BJP candidate from Khitma constituency.

Harish Rawat is a Congress candidate from Lalkuan constituency. He is the former Chief Minister of Uttarakhand.

Col. Ajay Kothiyal will contest from the Gangotri constituency. He is a former officer of the Indian Army, leader of Aam Aadmi Party (AAP) and the Chief Minister candidate.

Satpal Brahmchari is a Congress candidate from Haridwar constituency.

Pradip Batra is a BJP candidate from the Roorkee constituency.

Anupama Rawat is a Congress Candidate from Haridwar Rural constituency. She is the daughter former Chief Minister Harish Rawat.