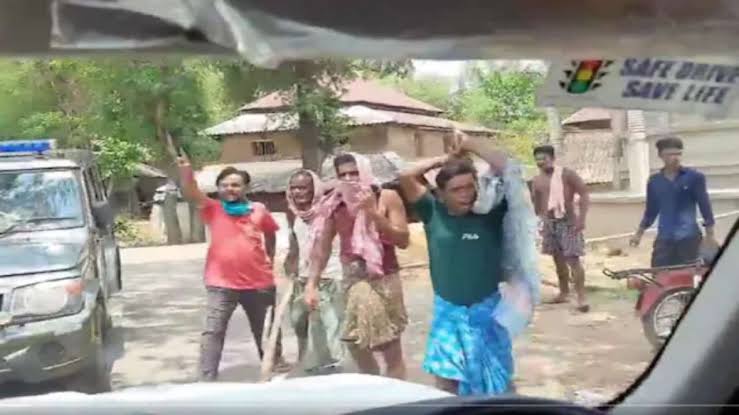 Union Minister V. Muraleedharan on Thursday alleged that West Bengal’s ruling Trinamool Congress’ goons attacked his convoy during his visit to the state. The BJP leader tweeted that his convoy was attacked by the TMC supporters in West Midnapore, leaving the windows of his car broken. The goons also attacked his personal staff, he added.

Muraleedharan’s tweet comes at a time when a four-member Central fact-finding team led by an additional secretary, was sent to the state by the Union Home Ministry to investigate the reasons for the post-poll violence that erupted after the Assembly election results came out on Sunday.

The video posted by Muraleedharan shows the convoy was stopped by men armed with sticks and rods. The windscreen at the back of the vehicle was broken.

Commenting on the incident, Union Minister and BJP leader Prakash Javadekar was quoted as said if a minister’s convoy can be attacked, then who is safe in Bengal? This is state-sponsored violence. The BJP condemn violence in Bengal. Special measures should be taken to bring the culprits to justice, news agency ANI reported.

BJP chief J.P. Nadda, who is also in the state on a two-day visit to look into the violence, has condemned the attack on the BJP leader’s convoy. He has also claimed that 14 BJP workers have been killed and nearly one lakh people have fled their homes.

Earlier in the day the Ministry of Home Affairs wrote another letter to the West Bengal government asking why it had not written back about measures taken to stop the post-poll violence in the state.

Hitting out at the BJP, Chief Minister Mamata Banerjee saying BJP leaders are roaming around, they are provoking people. It’s not even 24 hours of the new government, they are sending letters, teams and leaders are coming. They are actually not ready to accept the mandate, she said.

She also requested them to accept people’s mandate.

Banerjee has also announced that a compensation of Rs 2 lakhs each will be given without any discrimination to those who died in the post-poll violence. Under law and order by EC, 16 were killed half of whom are from TMC and half from BJP, one was from Sanjukta Morcha, she added.

However, the Trinamool Congress and the West Bengal Police have denied most of the charges saying a large number of fake videos and images from older incidents were being circulated on social media.

IMA to study vaccination link to 126 doctor deaths this year