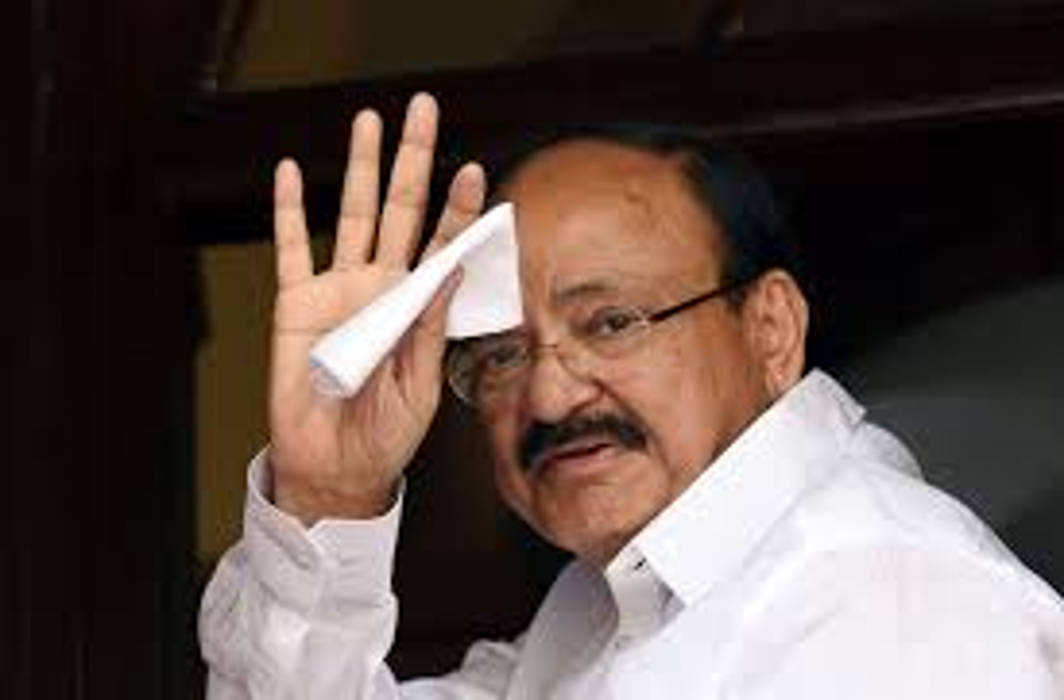 [vc_row][vc_column][vc_column_text]Vice President M Venkaiah Naidu on Sunday (August 11) said he was in tears the day he was named for the Vice President’s post. He never wanted to become the VP but wanted to take up “constructive work” following the footsteps of Bharatiya Jana Sangh leader and social activist, Nanaji Deshmukh.

Naidu, while speaking at the launching of a book titled “Listening, Learning & Leading” based on his two-year term in office said, “My dear friends I must tell you the truth…I never wanted to become VP…” He also said he thought he was not suitable for the post of Prime Minister of India.

Despite coming from a humble background, Naidu said the party had given him everything, except Prime Ministership, for which he was not suitable.

Naidu said he expressed his interest to Prime Minister Narendra Modi that in his second term (after 2019) he wanted to quit the government, follow Nanaji Deshmukh and go for constructive work.

“I was planning on that ground….I was enjoying that I will be doing that… But this did not happen,” Naidu said.

Stating that he even suggested some names for the VP post, he said, “After a party parliamentary board meeting, Amit (Shah) bhai said everyone in the party thought I will be the most suitable man. I never expected that. I was in tears, not because I was losing the ministership, which I anyway was going to leave.”

He said he was overcome by emotion then for a simple reason — that from the next day, he would not be able to go to the BJP office or meet party workers.

Naidu said he was worried about the future of the movement (ABVP, RSS), which left him in tears.

“I joined the movement at a young age and the party gave me everything, except Prime Ministership, for which I am not suitable. I know my capacities and calibre,” he added.

Union Home Minister Amit Shah, who was also present at the event, said he had a “sweet complaint” that Naidu is extra strict with Treasury benches and every minister is afraid of him.

Naidu also talked about the ongoing Kashmir issue and emphasized the need to scrap Article 370 and revoke the special status of Jammu and Kashmir.

“I can say as the Vice President that we should all think in terms of national interest rather than the party’s interest. Article 370 should not be treated as a political issue, it should be treated as a national issue,” he added.[/vc_column_text][/vc_column][/vc_row]

Over 170 lives lost in monsoon related incidents in a week, 32 of them from Madhya Pradesh