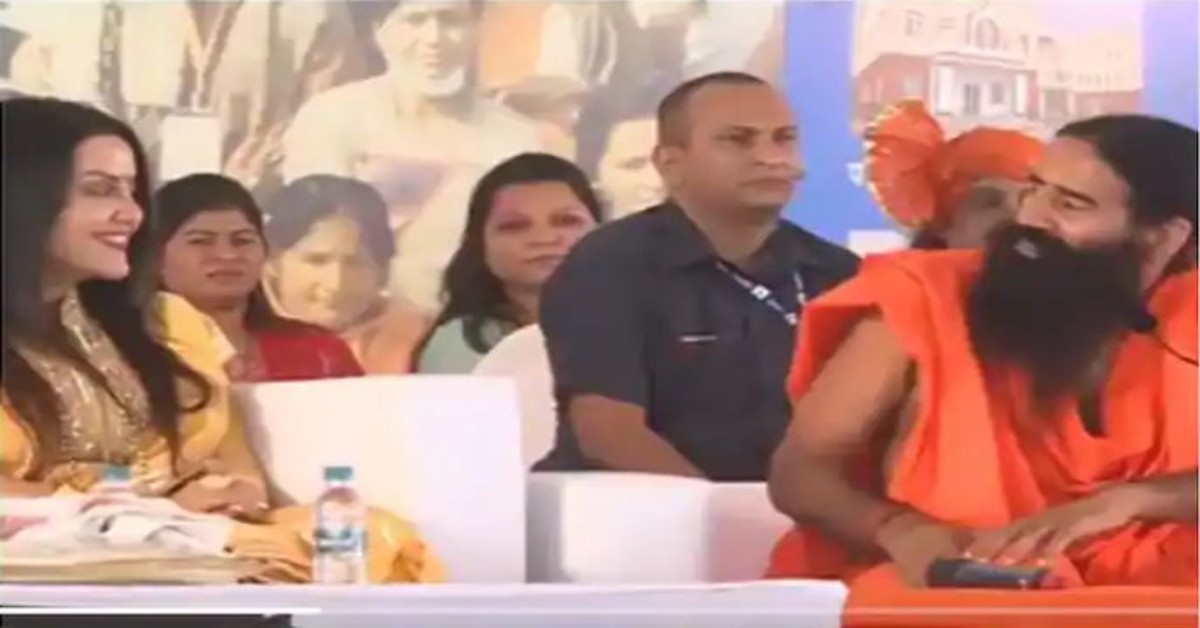 Yoga Guru Baba Ramdev hit headlines for all the wrong reasons on Saturday. Speaking at an event in Thane, Ramdev made objectionable remarks on women’s clothing and said women look good without clothes.

The event was also attended by Amruta Fadnavis, the wife of Maharashtra’s Deputy Chief Minister Devendra Fadnavis and the video of the same is making noise on the internet.

In the viral video, Ramdev could be heard saying women seated at the event didn’t get the opportunity to drape a saree.

The Yoga Guru made these remarks at the Yoga Science Camp and Women’s Meeting organised at Thane by Patanjali Yogpeeth and Mumbai Mahila Patanjali Yoga Samiti.

At this event, women brought clothes for yoga. After this, a general meeting of women was organized. Women had brought sarees for this. The yoga science camp was organized in the morning as per the schedule followed by yoga training activities for women and then immediately assembly for women started. That’s why women did not get a chance to wear saree.

What did Baba Ramdev say?

Baba Ramdev praised Amruta Fadnavis a lot in this program. He said Amruta Fadnavis is so obsessed with staying young that he thinks she will never be a 100-year-old lady. Because she always watches her weight. Ramdev added that whenever he looked at her, she keeps smiling like a child. The kind of smile on Amruta Fadnavis’s face, he wanted to see the same smile on everyone’s face, Baba Ramdev was heard saying.