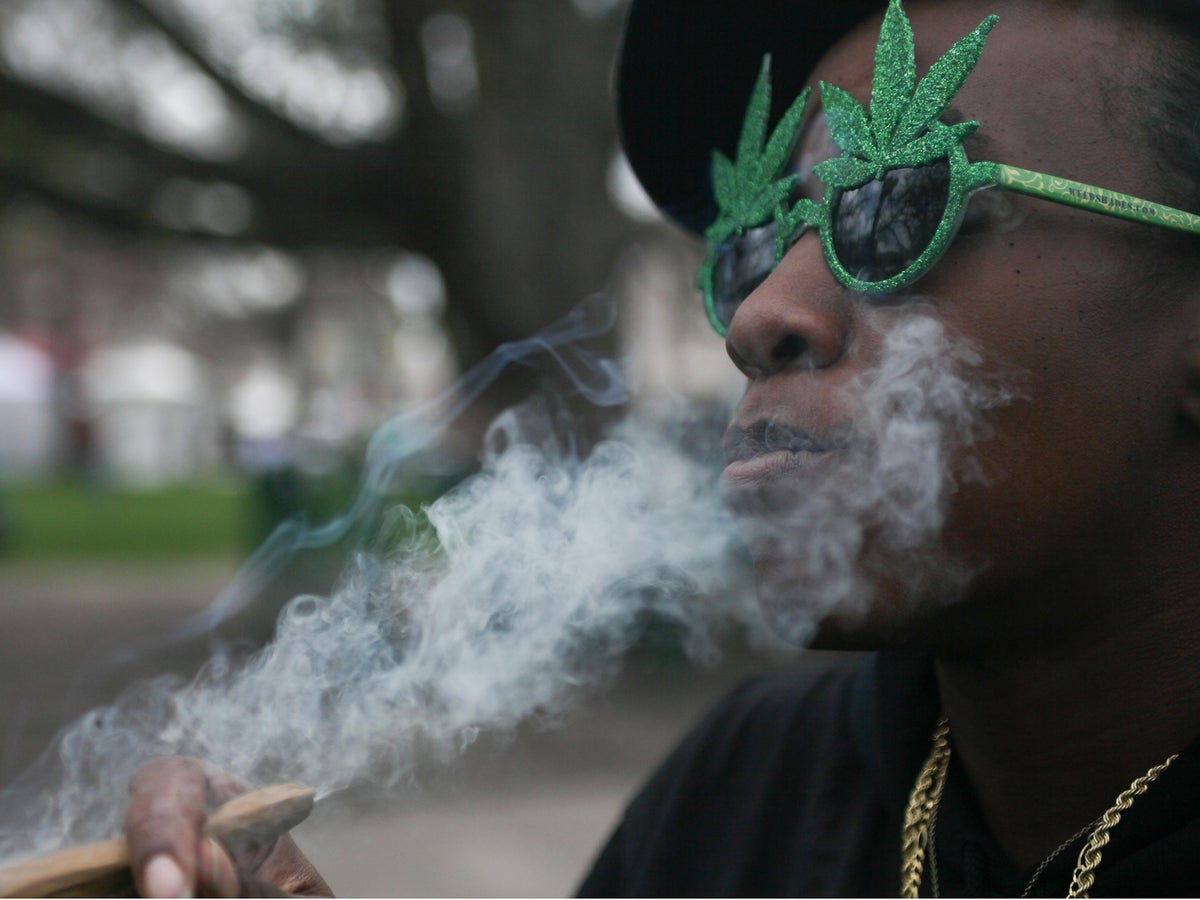 Every year, World Weed Day is commemorated today, on April 20 because the date corresponds with the numerical code (420) for marijuana. Despite the fact that the substance is illegal, a considerable number of individuals go to the streets of the US on this day to commemorate this occasion. In some ways, 4/20 is treated as a holiday for both smokers and non-smokers together. Therefore the number, 420 is marked especially for World Weed Day.

According to the experts, people and even doctors ask to use marijuana (weed) for the treatment of many types of diseases and health problems.

Why 420 was invented for World Cannabis Day?

The precise roots of the phrase 420 have not been officially declared, despite its rapid rise in popularity over the years.

Many people who participate in both the day and the drug have debated the word.

According to folklore, back in 1971, when a group of students from San Rafael High School in California got together every day at 4.20 pm for a joint and a catch-up.

The group, known as The Waldos, then began to use the number 420 to refer to the act of smoking marijuana, and so 420 was created.

Because Americans tend to write the 20th of April as 4/20, it became the official day to commemorate getting high.

There are several alternative hypotheses on this.

As we all know, today people are celebrating the day, 420 (World Weed Day), let’s have a look at the advantages and disadvantages of Weed:

The Benefits of Hemp as a Superfood:

Hemp is a storehouse of all necessary amino acids, with enough quantities to fulfill the human body’s requirements.

Insomnia and other sleeping disorders can be treated with marijuana (weed). It can also help persons with rheumatoid arthritis while reducing inflammation and also improving their sleep habits.

In many regions, cannabis is utilised to treat chronic pain disorders like migraines, arthritis, and endometriosis. According to some reports, it can also help with cancer treatment side effects including appetite loss.

Diseases of the respiratory system:

Cannabis addiction can develop if you consume too much of the marijuana on a daily basis. It can also cause memory and sleep problems, as well as an increased chance of developing other drug misuse disorders.

Patients who are already suffering from bipolar illness may find that using cannabis on a regular basis worsens their symptoms. Regular cannabis intake, according to the National Institute on Drug Abuse, might raise the risk of mental problems such anxiety, psychosis (schizophrenia), sadness, and substance use concerns. 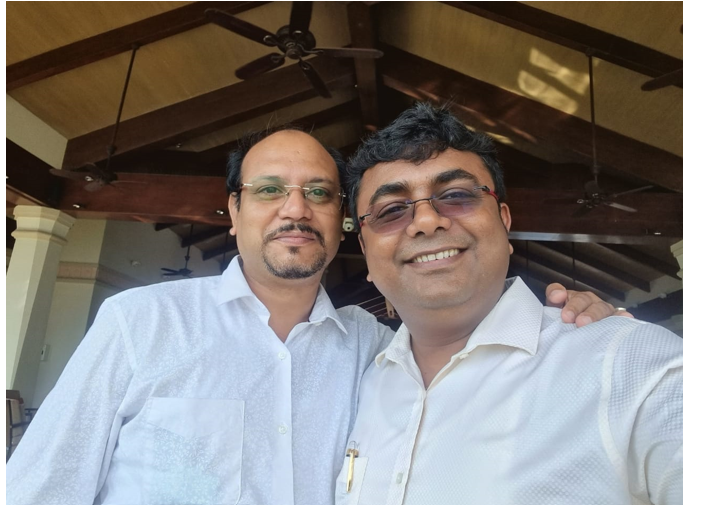 RENATUS WELLNESS is a Health & Wellness company that offers products which are made traditionally with an ayurvedic and holistic approach. The brand focuses on years of scientific studies and formulates its products with the best innovation, creativity, and technology.

RENATUS WELLNESS was started in 2018 by Subrata Dutta, a transformational guru and a philanthropist. He believes that doing good for others will benefit him in the best way. The first product the company launched was Renatus Nova, a nutraceutical drink, which was an instant hit in the Indian Market. Since then, the company never needed to look back and started developing an array of products in all areas- from toiletries to health supplements.

The research team is headed by their Chief Scientist, Dr Rajdeep Dutta who has been awarded with Scientist of the Year 2015, by International Foundation for Environment and Ecology and Academic Excellence award, 2016 by International Benevolent Research Foundation. He is also associated with the “Sweden Nobel Committee”.

Dr. Rajdeep believes that the brand not just focuses on health development, but also caters to the population on the growth of their lifestyle. He believes in the motto “Treatment for All”. He explains to people, “If you take food like medicine, you don’t need to take medicine like food forever and ever”.

The company wants to solve the biggest health issue in India- diabetes and believes in the propaganda, “Disease Free, Diabetes Free India”.

The company is planning to launch two new products by next month. One of them is KADHYAAU made with 18 essential natural herbals. It is developed through nano-blend technology and is gluten free, allergen free, purely plant-based nano-structured. It has zero glycaemic index with antioxidants and supports digestive, liver, gastro-intestine; besides many other qualitative benefits. It can be taken by anyone above 5 years.

Another product is an ANTIOXIDANT [IMMUXANTH] which has the property of insulin resistance free technique, clinically proven through the newly developed NFCAT formulae; also reduces inflammation in the human body, alongside aiding to reverse auto-immune disorders. All the products upcoming in recent times are developed through nano-blend technology; hence, having the best cell assimilation rate.

RENATUS WELLNESS is dedicated towards serving the population; aiming for making India disease free. They develop products that would not just cure the diseases, but also reverse them from its root cause. The brand not just focuses on health development, but also caters to the population on the growth of their lifestyle and aims to change lives for the better. 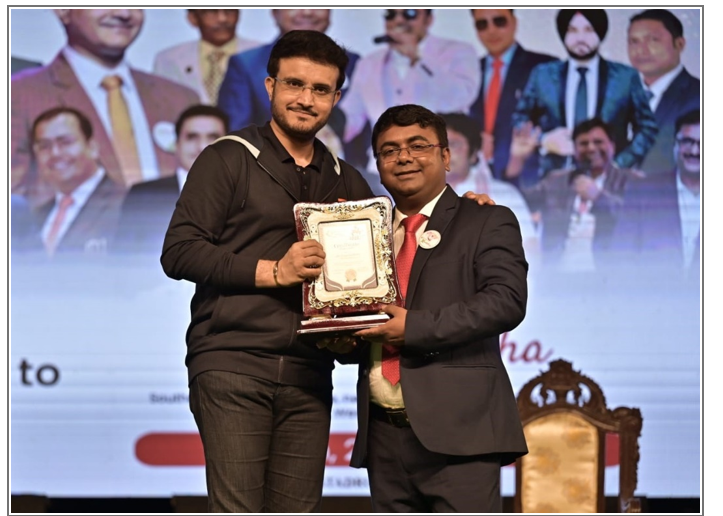 RENATUS WELLNESS is a network marketing company that brings the power of Ayurveda and Science combined in one product. The company was started in 2018 by Mr. Subrata Dutta, who is an experienced network marketer. The company operates on direct sales to be more accessible to the people and also enables them to gain access to the product faster. The company chose this method of operation so that people can get a clear understanding of the product before using it.
Subrata Dutta has always been a man of words. He always wanted to do something beneficial for the citizens of his country. He believed that if he does something good for others, it will benefit him automatically. He started his company to allow people to purchase the best products in an affordable range. Today, his hard work has paid off.
Mr. Subrata always followed the mantra, “Find a way to serve the many, for service to many leads to greatness for those that are interested. Some people are not interested, but for those that are, service to many leads to greatness.”

The company’s Head Scientist, Dr. Rajdeep Dutta meticulously plans and develops the products to provide the maximum benefit. Dr. Rajdeep has been awarded with Scientist of the Year 2015, by International Foundation for Environment and Ecology and Academic Excellence award, 2016 by International Benevolent Research Foundation. He was also awarded with the ATN BANGLA AWARD in 2018.

Subrata Dutta has always listened to the advice of his mentor, Dr Debi Prasad Acharjya who is a Wellness Trainer, Author, and Hydration Specialist. He was the main pillar of support for Subrata Dutta before he even started RENATUS WELLNESS. It was Dr. Acharjya who advised Subrata Dutta to gain experience in network marketing business and then start his own company.
According to Mr. Subrata, “Today, Dr. Debi Prasad has helped me get up from a point where there was no hope. If he did not exist today in my life, I would also have not existed. I owe him all the success I have gained in my life. He is the ultimate support system in my life.” 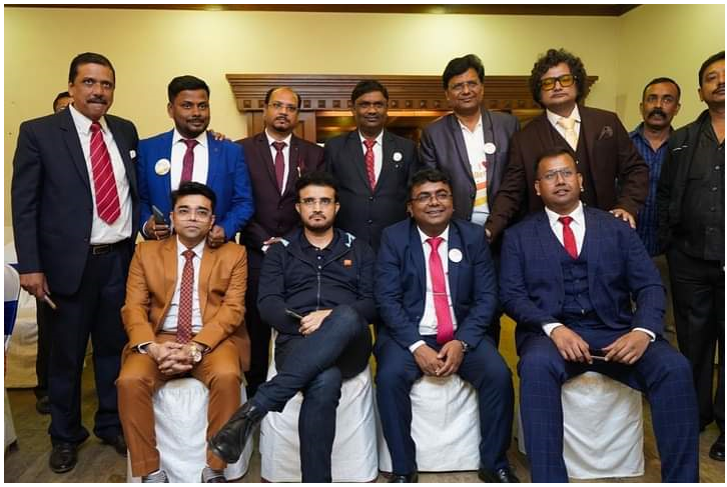 RENATUS WELLNESS back to organizing a retreat in East India on February 1st to 2nd, 2023 at Fortune Park Panchwati, Howrah. The company organizes retreats every three months at alternate destinations all across India.

The retreat is organized for the people who have achieved a certain milestone and earned sales within a period of three months. Anyone who has qualified this can attend the retreat. Normally, the average number of people attending previously is 700-1000.

The main attendees of the event will be people from Kolkata, Bihar, Jharkhand, and other nearby areas. They will be staying at the location till the duration of the event.

The qualifiers are applauded on the stage and are presented with some awards as well. The presenters will consist of Directors, Executives, Senior Elites, Elites, etc.

The main highlight of this retreat is the introduction of new products by Dr. Rajdeep Dutta, the Chief Scientist of the company. The other speakers will consist of Dr. Subrata Dutta, Dr. Debi Prasad Acharjya and Mr. Rishikesh Pathak. There will be a total of 4-5 sessions.

Dr Rajdeep Dutta has been awarded with Scientist of the Year 2015, by International Foundation for Environment and Ecology and Academic Excellence award, 2016 by International Benevolent Research Foundation. He is also associated with the “Sweden Nobel Committee”. He believes in the saying, “If you take food like medicine, you don’t need to take medicine like food forever and ever.”

RENATUS WELLNESS is a consumer goods company which focuses on ayurvedic and herbal products. The company also manufactures nutraceutical products and health drinks, which are developed with years of tedious scientific research. The company, since its launch in 2018, has received positive reviews and garnered a large number of audiences within a very short time span. The company has associated with over 5 lakh people within just 3 years.