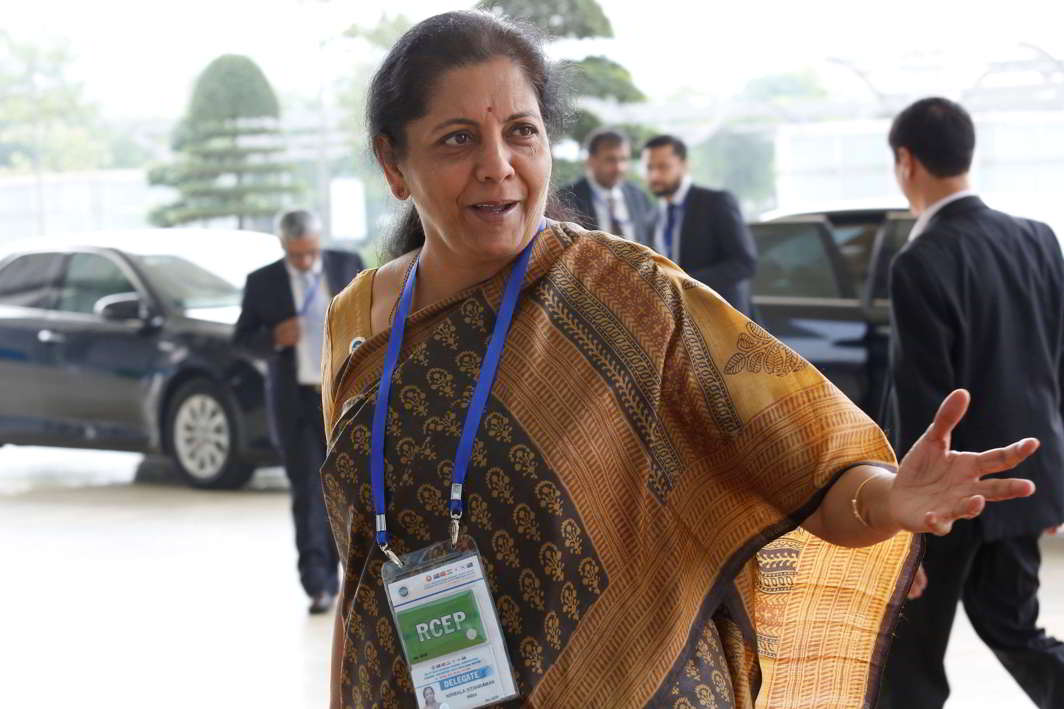 Minister of Finance and Corporate Affairs Nirmala Sitharaman today assured Yes Bank  depositors that their money is safe and the government and Reserve Bank of India (RBI) is  committed towards ensuring that depositors’ interests are safeguarded.

“Our govt is committed to ensuring that depositors’ interests are safeguarded. I want RBI to ensure that due process of law is set to roll with a sense of urgency so that we should find out as to who led to the problem of this size & magnitude,” said the Minister.

Sitharaman has guaranteed Yes bank depositors, stating that their deposits, liabilities will not be affected.

“I have asked RBI to ago into assessing what has caused these difficulties for the bank and clearly identify the roles played by various individuals in creating the problem and not addressing it,” Sitharaman added.

“The immediate priority is to ensure Yes Bank customers are able to withdraw money within ₹50,000,” said Sitharaman.

Sitharaman has asked the RBI to assess the difficulties faced by the bank and to identify the roles played by various individuals in creating the problem.

According to Sitharaman, the RBI has been continuously monitoring & scrutinizing Yes Bank since 2017. “It noticed that there were governance issues and weak compliance in the bank. There was a wrong asset classification together with risky credit decisions,” she added.

The RBI also announced a scheme of reconstruction of Yes bank. 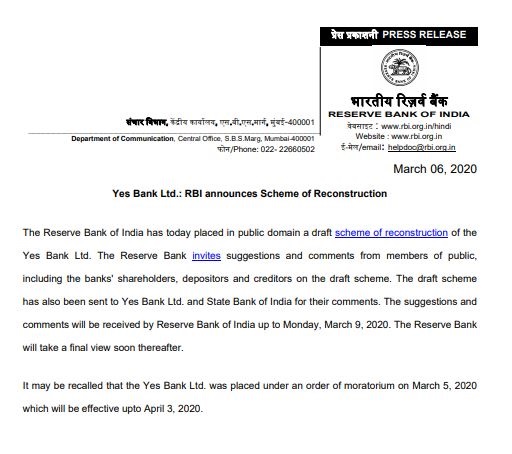 RBI has assured that the reconstruction plan will come into play within the moratorium period. The State Bank of India has also shared its willingness to invest in Yes Bank.

The RBI on Thursday  placed Yes Bank under a moratorium and restricted withdrawal from the capital-starved bank at Rs 50,000 in the next one month. This restriction will remain in place till April 3, 2020.

In a statement late on Thursday, the regulator said it was forced to step in after Yes Bank’s latest effort to raise new capital failed to materialize and as the lender “was facing regular outflow of liquidity.”

This decision has affected the stocks as shares of Yes Bank on Friday plunged by almost 25 per cent on the Bombay Stock Exchange at Rs 27.65.

On the National Stock Exchange, Yes Bank shares dropped by 20 per cent to Rs 29.45.