With the People’s Liberation Army  is still holding forward positions on Pangong Tso and Gogra-Hot Springs area of Ladakh and showing no signs of a promised de-escalation, the Narendra Modi government is contemplating further action against China on economic front to drive home the message that India means business.

According to senior government officials familiar with the matter, the apex China Study Group (CSG) met on Monday to discuss the PLA action on the ground in Ladakh and its military posture in occupied Aksai Chin region of Tibet. The CSG, which has India’s senior most ministers, military leaders and bureaucrat as members, is the body that recommends the country’s course on action with China.

While China wants India to normalize diplomatic relations on an as-is-where-is basis, the Modi government firmly believes that anything short of status quo ante in Ladakh sector is unacceptable with a cost attached to it. Despite being the aggressor, the PLA believes that its troops are well within it own perception of the Line of Actual Control (LAC) in Ladakh. Thus, it is holding on to the positions at both Gogra-Hot Springs as well as the green top of finger four feature of Pangong Tso lake while making unacceptable demands on Indian Army posts.

According to officials, the Indian Army has been asked to remain in forward positions along the 1597 km LAC in Ladakh. On July 5, the Indian Special Representative on boundary dialogue spoke to his Chinese counterpart for more than two hours .

The two decided that both sides fully disengage and then de-escalate but a month later, the situation has reached a stalemate with the Chinese offering a diplomatic face-saver to India without any corresponding withdrawal on the ground.

Now that the US has taken action against Huawei and its supporting entities for spying, it is quite evident that India will also keep the Chinese communication and power companies out of any future projects. The Modi government is clear that the bilateral ties are directly linked with the border peace and will not allow them on a parallel track as in the past.

MODI MOVES IN TO CLEAR LOGJAM IN NAGA PEACE TALKS

In a bid to end the standoff at Ladakh border, India and China will be engaging in ninth round of military level talks. 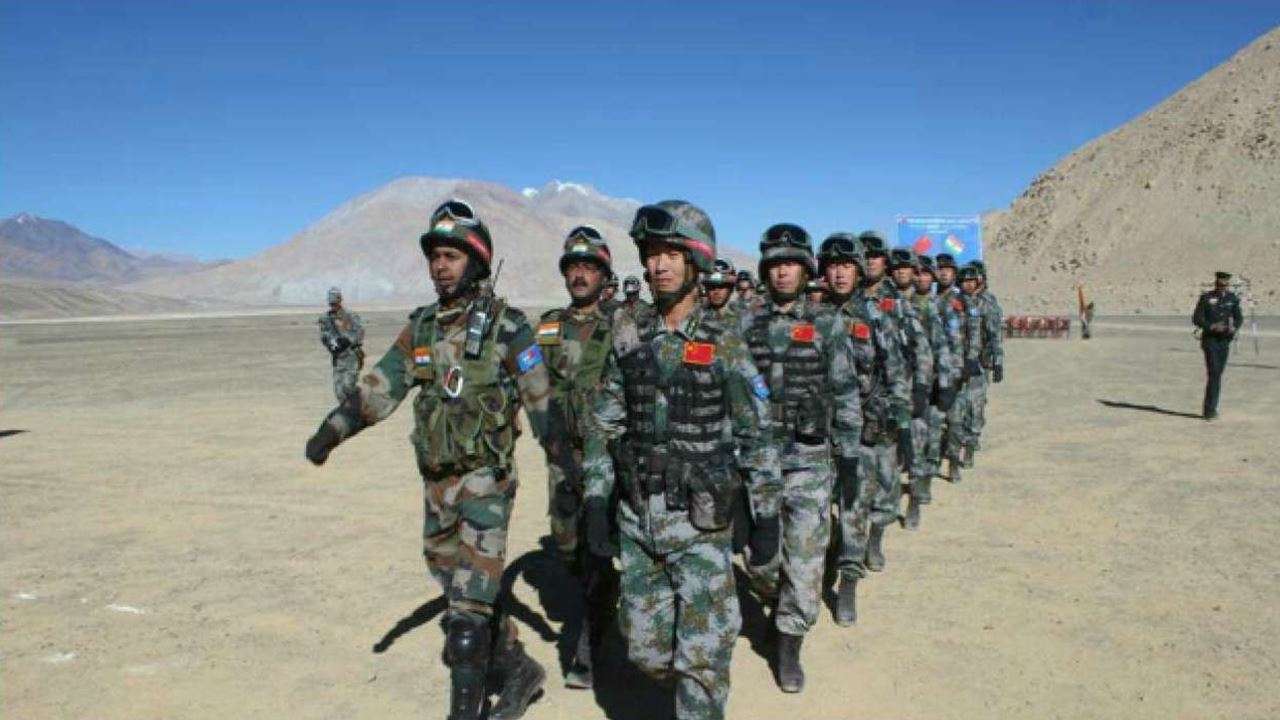 India, China will be holding ninth round of Corps Commander-level talks on Sunday to discuss the situation at Line of Actual control (LAC) in eastern Ladakh. XIV Corps commander Lt General PGK Menon and  South Xinjiang Military Region commander Major General Liu Lin will be holding the discussion at Border Personnel Meeting (BPM) point in Moldo. During the talks, a representative of Ministry of External Affairs will also be present. according to reports.

India had earlier sent a memo to China following which the date of the talks was fixed. Around 50,000 troops from each side have been deployed in the region for an indefinite period while no dialogue has taken place at the senior level for a long time. The last round of military talks between the two countries was held on November 6 during which both the sides discussed disengagement of troops from specific friction points.

The standoff between India and china has entered ninth month with heavy deployment of troops from both sides. Earlier in an interview with a television channel, Defence Minister Rajnath Singh had said India will not reduce its troop strength till China takes the initiative.

The tensions between the countries started flaring up when 250 soldiers from India and China had a face-off along the northern bank of the Pangong Lake. The face-off even resulted in stone-pelting around the area. The violent clashes resulted in injuries to the soldiers.

According to officers, no major breakthrough has been achieved so far despite several round of talks as both the sides are adamant on their demands. While, China wants India to vacate the heights in the Chushul sub-sector, India has insisted that a resolution would be possible only after taking into account all the friction points.

Reacting to the another round of diplomatic dialogue held between India and China on Thursday, the Ministry of External Affairs said that the two countries agreed to resolve the outstanding issues in an expeditious manner and in accordance with the existing protocols. 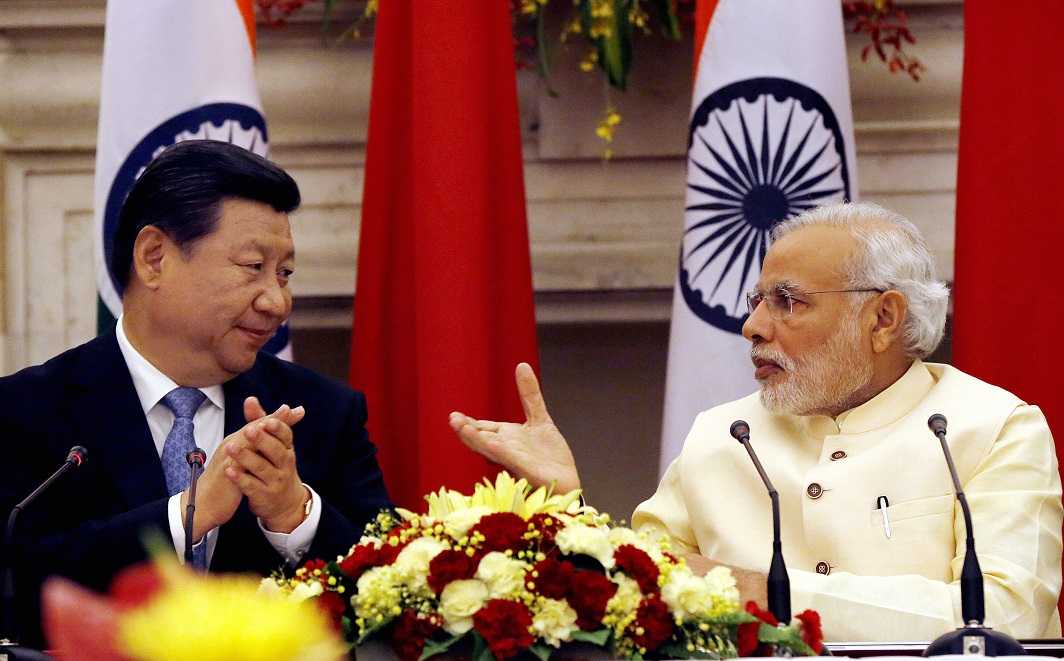 Reacting to the another round of diplomatic dialogue held between India and China on Thursday, the Ministry of External Affairs said that the two countries agreed to resolve the outstanding issues in an expeditious manner and in accordance with the existing protocols. India had in the last meeting too emphasised on the need for expeditious and complete disengagement along the LAC. The special representatives, NSA Ajit Doval and Chinese foreign minister Wang Yi, had last spoken on July 5, after which there was disengagement in the Galwan and Gogra Hot Springs area but then it came to a halt.

The Chinese foreign ministry in its statement said India and China “positively evaluated the progress” made in the disengagement of troops, had a “frank and in-depth” exchange of views on remaining issues on the ground and enhanced “mutual understanding”.

“The two sides agreed to conscientiously implement the consensus reached between the two foreign ministers and the special representatives on China-India boundary question, continue to maintain dialogue and communication through military and diplomatic channels, further cool down the border situation, properly handle the remaining issues on the ground, and jointly maintain peace and tranquillity in the border areas,” the Chinese readout said.

This was the 18th meeting of the Working Mechanism for Consultation and Coordination on India-China Border Affairs.

India has told China on more than one occasion that restoration of the pre-April 20 position at the friction points in east Ladakh is a prerequisite for normalisation of bilateral ties. But China hasn’t given up.

India has told China on more than one occasion that restoration of the pre-April 20 position at the friction points in east Ladakh is a prerequisite for normalisation of bilateral ties. But China hasn’t given up.

A top government official familiar with discussions within the government on the standoff said, the PLA has made it out to be a staring match and wants India to blink. We are also prepared to wait it out and take other steps to make Beijing realise the adverse impact the boundary dispute has on the bilateral relationship.

India has already banned over 100 Chinese mobile applications and its clones, changed the rules to bar Chinese firms from getting government
contracts and is next taking a hard look at tie-ups with Chinese universities to ascertain if they comply with existing norms.

The message, even if not explicitly spelt out, has been that the longer the PLA led by commander-in-chief Xi Jinping takes to disengage at the border and restore status quo, the more damage it will cause to the India-China relations.

China, however, hasn’t given up and appears to have rested its hopes
on the Indian government coming under pressure from its domestic
constituents to end the standoff.

China has been betting on India taking the easier way out, even putting out statements that told the world that the standoff was over and the disengagement completed at Ladakh. The Indian government didn’t take the bait, prompting Beijing to shift its stand and speak about the positive progress being made.

On the ground, the Indian army has told the government, China’s PLA is dragging its feet both at patrolling point 17 and 17A (General Area Gogra) and on the finger features on the banks of the Pangong Tso.

At the meeting of the military commanders from the two sides, the PLA has been attempting to persuade the Indian Army to yield to a new normal. The PLA wants India to move back from its traditional points where it has had an advantage before it vacates locations where it had moved in April-May. For instance, the PLA wants to hold its new positions on the first ridge-line next to the Kugrang River near Gogra so that the Indian domination on the ridgeline gets reduced comparatively.

At Pangong Tso, the PLA is still sitting on the upper heights of finger 4 relief in lesser numbers and wants Indian troops to withdraw behind its established old base at Dhan Singh Thapa post around Finger 3. The PLA also wants Indian Army to yield to new normal on general area Gogra and has linked its withdrawal from finger feature 4 to 8 in depth at the Pangong Tso.

The Chinese proposal, the army said, reflects that it had not been able to accurately assess New Delhi’s determination not to cede ground. Militarily, China’s effort is clearly an attempt to position the PLA on dominating heights to add more depth to their bases in the Aksai Chin area.