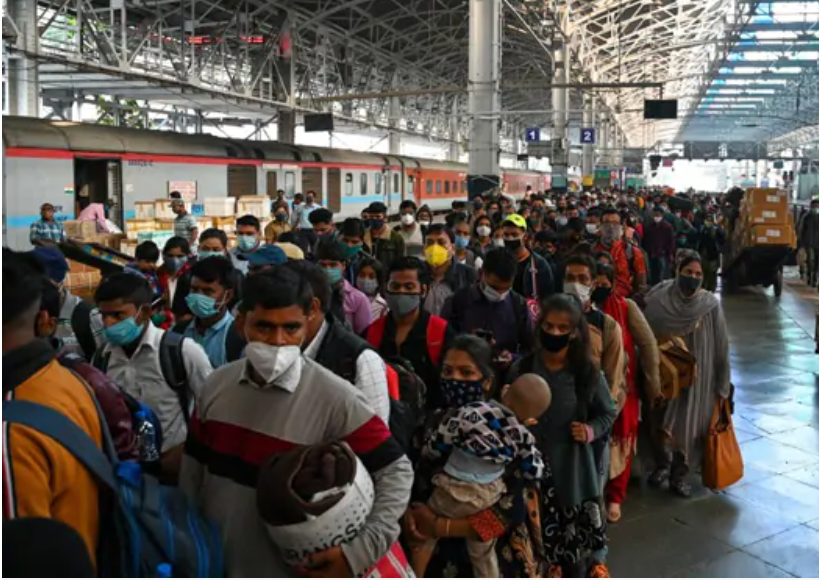 The Maharashtra government on Wednesday told the Bombay High Court that allowing unvaccinated people to mix with vaccinated people by using public transport will endanger the lives of others. It also invites explosive transmission of Covid and its its newly introduced Omicron variant, the government also said in the court.

The Maharashtra government told a bench of Chief Justice Dipankar Datta and Justice MS Karnik that the decision was reasonable and not discriminatory and it does not breach the fundamental rights of a citizen.

In response to the separate PIL filed by Firoze Mithiborwala and Yohan Tengra, the government had filed its affidavit.

In its PIL, the petitioner were claiming that the state’s circular prohibiting non-vaccinated people from travelling in local trains in Mumbai was without logic and in breach of such citizens’ right to equality.

While the Brihanmumbai Municipal Corporation (BMC) urged the citizens to avoid all kinds of gatherings during the upcoming Christmas festival and New Year.

However, India’s total Omicron tally has risen to 213, with Delhi and Maharashtra reporting the most number of infections.