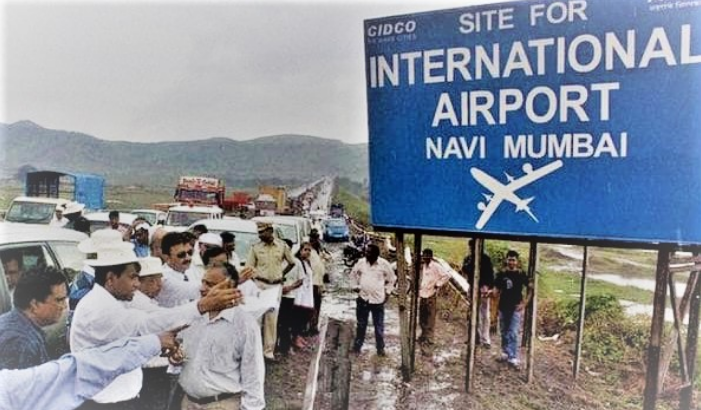 The Maharashtra government on Wednesday approved a proposal to allow Adani Airport Holdings Limited (AAHL) to operate the Navi Mumbai international airport that is coming up in Panvel.

The GVK Group-led Mumbai International Airport Limited (MIAL) was constructing the NMIA, which was taken over by Adani Airport Holdings and thus required the state government’s approval.

The decision was taken in the state cabinet meeting following a recommendation made by the project control and implementation committee headed by the chief secretary Sitaram Kunte, the officials said.

With this, the AAHL, headed by industrial magnate Gautam Adani, becomes the biggest private airport operator running several major airports like Mumbai, Navi Mumbai (upcoming), Ahmedabad and Lucknow, besides three more likely in the near future.

Last September, the Adani Group had taken control of the Mumbai airport and the proposed Navi Mumbai international airport through AAHL – the group’s flagship holding company for its airport business and a subsidiary by acquiring the debt of GVK ADL.

Cidco, the nodal agency for the project, had awarded the contract for construction of the airport in October 2017 to M/s GVK-led consortium—Mumbai International Airport Limited.

The CIDCO Managing Director Dr Sanjay Mukherjee and the Adani Group did not comment on the decision.

However, Adani Group recently acquired GVK Airport Developers Limited’s 50% stake. The AAHL — a wholly-owned subsidiary of the Adani Enterprises Ltd (AEHL) — now has a majority stake in the new airport, with 26 per cent belonging to the AAI.

This change in ownership has been approved by the Directorate of Civil Aviation (DGCA), Airport Authority of India (AAI), Securities and Exchange Board of India (SEBI), Competition Commission of India.

The first phase of the much-delayed Navi Mumbai airport project is expected to be completed in 2023. The Rs 16,000-crore project is said to be one of the world’s largest greenfield airports with two parallel runways of 3,700 metres and full-length taxiways that are 1,550 metres apart.