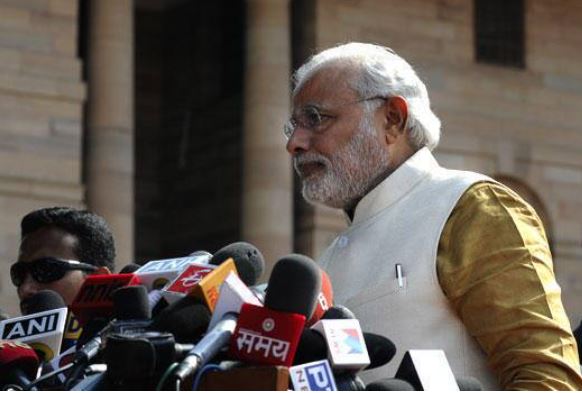 Remembering the 26/11 terror attacks on its eleventh anniversary, many people on Thursday paid tributes to the martyrs who fought Pakistan-based terrorists to protect the people of Mumbai on November 26, 2008. The terror attack cost the city of Mumbai 174 lives including security personnel and foreign nationals, and injured over 300 people.

Prime Minister Modi said India cannot ever forget the attack planned by Pakistan and has now been combating terrorism with new policy and updated methods. The PM’s tweet said that he paid obeisance to the security forces defending India, thwarting conspiracies like the Mumbai attack, and restricting terrorist activities.

Speaking on the continuing cross-border terrorism, External Affairs Minister S Jaishankar, who is on a three-nation tour of Bahrain, United Arab Emirates and Seychelles, tweeted that India will keep the global spotlight firmly on the menace of cross-border terrorism directed against it. Home Minister Amit Shah and Defence Minister Rajnath Singh saluted the courage of the martyrs who lost their lives on the midnight of November 26.

Shah tweeted that he was grateful to the brave security personnel who faced the terrorists. He said this nation will always be grateful to their bravery and sacrifices. Maharashtra Chief Minister Uddhav Thackeray laid a wreath of flowers at the Mumbai Police Commissionerate in the presence of Governor BS Koshyari and state ministers. Congress leader Ashok Chavan also paid tributes to the martyrs.

Industrialist Ratan Tata applauded the spirit of Mumbai in an emotional Instagram post. Casting aside all differences, Ratan Tata urged the diverse people of the city for coming together to vanquish the terrorism and destruction on that day. Mumbai’s famous Taj Mahal Palace Hotel is one of the prime targets besides the Oberoi hotel, the Leopold Cafe, the Nariman (Chabad) House, and the Chhatrapati Shivaji Terminus train station. Ratan Tata had played a very key role in rebuilding the Taj Mahal Palace Hotel. It took 21 months to restore the iconic hotel to its glory.

In solidarity with India, United States State Department deputy spokesman Cale Brown said on Wednesday that the US stands with India in fighting against terrorism and ensuring justice for the victims. Condemning Pakistan-sponsored terrorism, Israel demanded the perpetrators of the massacre be brought to justice.

On November 26, 2008, 10 heavily armed terrorists entered Mumbai via the sea and went on a rampage. The 26/11 attack witnessed 10 Lashkar-e-Taiba terrorists going on a killing spree in the ever-buzzing city during peak hours.