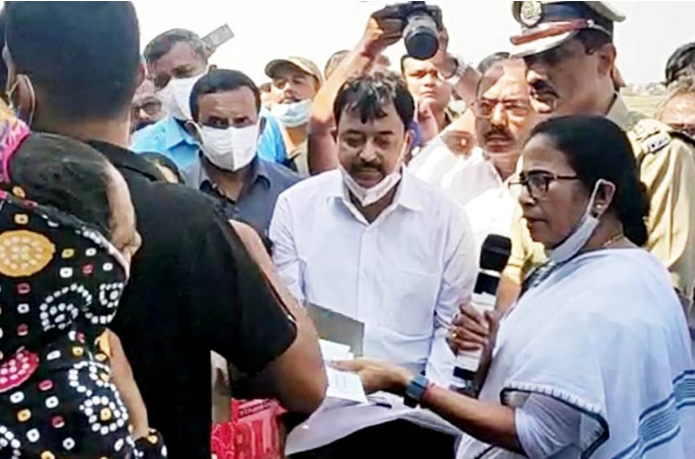 West Bengal Chief Minister Mamata Banerjee on Thursday met the families affected by Birbhum violence in which 8 people were burnt alive by a mob on Tuesday, an incident that has triggered a massive political backlash.

On her maiden visit to the violence-hit village, the West Bengal CM promised Rs 2 lakh compensation for rebuilding the scorched homes, jobs to families affected by the violence and speedy justice.

A Congress delegation including party leader Adhir Ranjan Chowdhury was stopped at Santiniketan in Birbhum shortly before Banerjee arrived. Later, the delegation sat on the road and staged a protest demanding that they won’t be allowed to visit the village and meet the kin of the deceased.

Banerjee’s visit comes a day after the Calcutta High Court has sought a status report on the violence from the West Bengal government by Thursday 2 pm.

Yesterday, the Calcutta High Court ordered the state government to protect witnesses and set up CCTV cameras at the site saying not enough was being done to catch those responsible for the attack

Alleging a bigger conspiracy in the violence, Mamata called for stringent action saying police would investigate the killings from all angles. A policeman found negligent in responding to complaints must be punished, she said after summoning a top police officer right there.

Eight people, including three women and two children, were locked in their homes and burnt alive by a mob on Tuesday at village Bogtui near Rampurhat town. The violence took place after a local Trinamool Congress leader, Bhadu Sheikh, was killed in a crude bomb attack while many villagers claim a local rivalry led to the killings.

Calling it an unfortunate incident, Mamata said it was an attempt by the BJP, Left and the Congress to malign the Trinamool Congress government. Strict action will be taken against all those responsible for the Birbhum incident, irrespective of their (political) colour, she said. 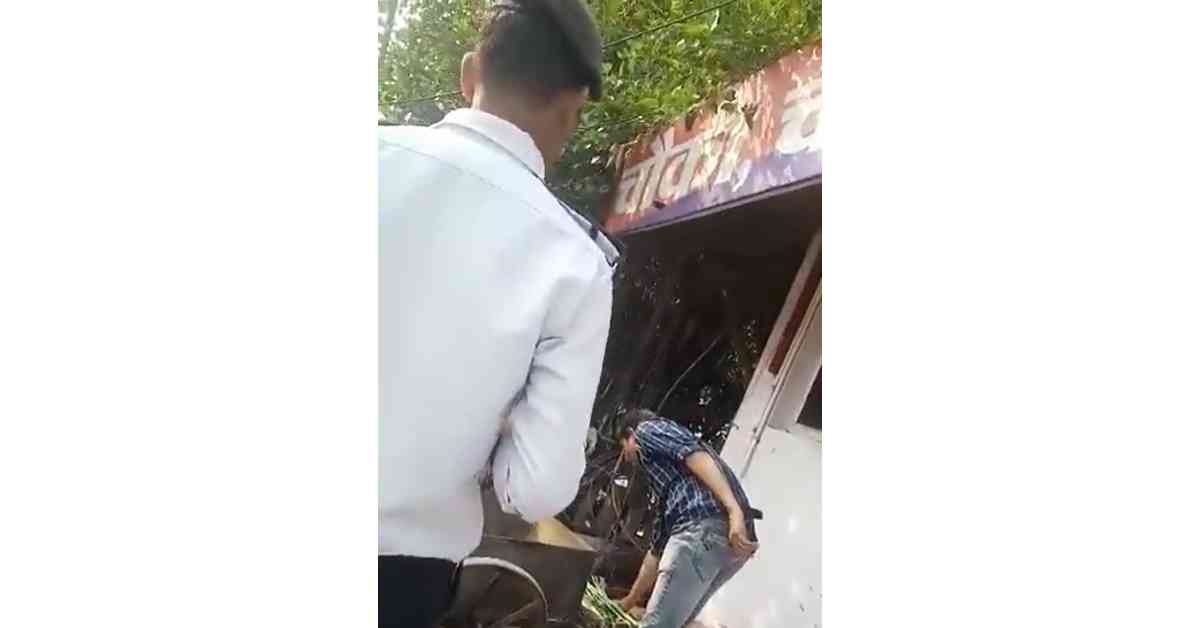