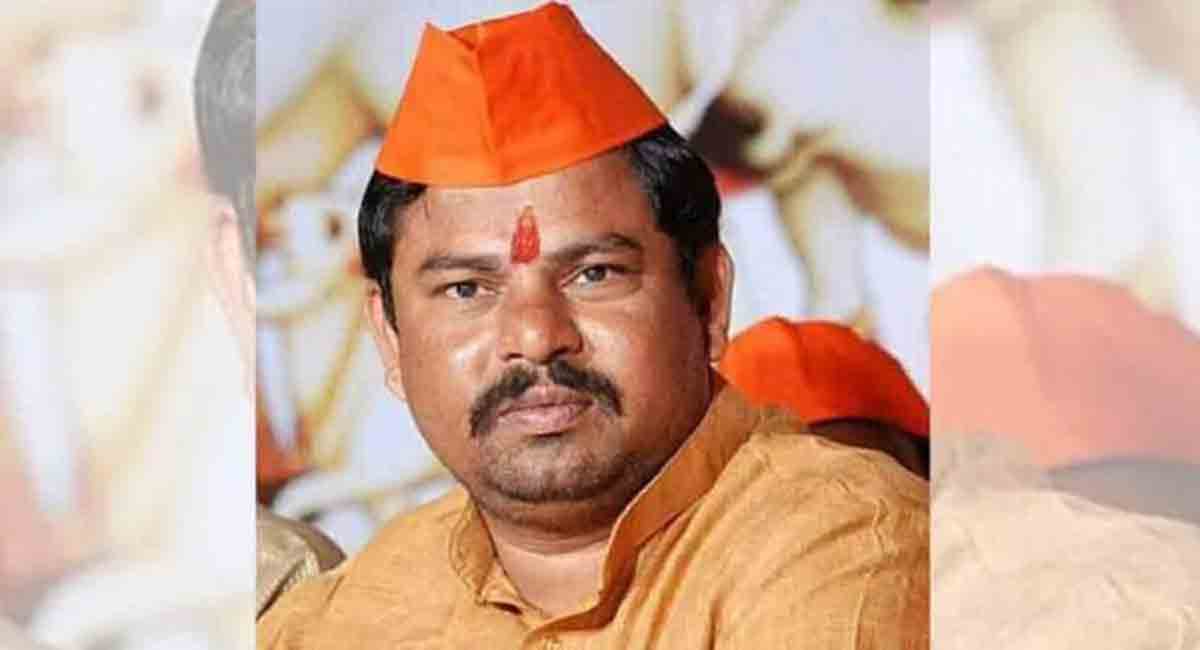 BJP MLA Tiger Raja Singh on Sunday took out the Ram Navami procession in Hyderabad, in which he sang a song and the lyrics said those who will not take Lord Ram’s name will have to leave the country. Recently, another video went viral in which he can be heard hurling abuses and a massive crowd can be seen, who was seen cheering with joy.

BJP MLA from Goshamahal on Sunday commenced a rally at the Rani Avanti Bhawan in Gangabowdi at 2 pm in the city on Sunday on the occasion of Ram Navami.

At the rally, he gave hate speeches and sang a song that called for the establishment of a Hindu state as well as veiled threats against the minorities in the country.

The lines of the song that he sang were Kashi aur Mathura main bhi jhanda ab lehrana hain.” (Flags will have to be raised at Kashi and Mathura as well.) The song goes on to say, “Hindu virodhiyon ko ab khoon ke aasu rulana hain.” (Enemies of Hinduism will be made to cry tears of blood.)

It was also in the lyrics, Jo o Ram ka naam na le usko, Bharat se bhagana hain. (Those who don’t chant Lord Ram’s name, need to be run out of India.)

As the video went viral, Hyderabad MP Asaduddin Owaisi also reacted and retweeted a Twitter post that called for Hyderabad Police to take action against the MLA.

Owaisi also condemned the violent acts by Hindutva members across the country. He pointed down the incidents tha5t took place in the country by the right-wing mob.

In his tweet, he wrote, Just in the last few days Hindutva mobs with the blessing of cops provoked/participated in violence in at least these places:

In Khargone, MP, homes of Muslims accused of stone-pelting demolished by state govt bulldozers; tweeple decry extrajudicial punishment, ask where is the LAW