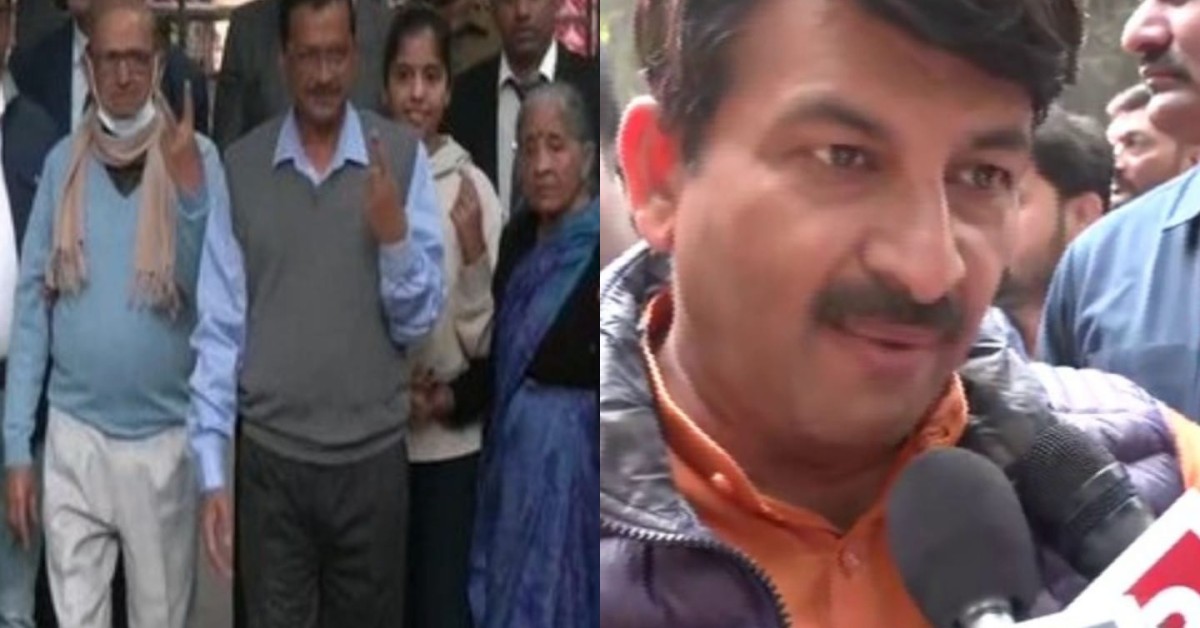 Delhi Chief Minister Arvind Kejriwal and his family cast their vote at Civil Lines polling booth for the Municipal Corporation of Delhi (MCD) polls on Sunday and made an appeal to the citizens to vote wisely and not to vote for corrupt candidates.

On the other hand, BJP MP Manoj Tiwari has alleged that names of as many as 450 voters were missing from the voters list as they were BJP supporters. He added that this was a big conspiracy by the Delhi government and that he will file a complaint against this and will appeal for cancellation of polls and re-election.

Meanwhile, after he casting vote, the Delhi CM made an appeal to people to cast vote in large numbers. He said that garbage was being seen everywhere and that it was an opportunity to clean the national capital. He also urged to vote for the party which has been doing development work and not for the party that hinders the development work.

Pick the honest party to win. Don’t cast your vote for crooked candidates. Vote for decent people rather than those who engage in violence, corruption, or unpleasant language. Delhi’s chief minister added that it was time to clean Delhi in the next five years.

The high-stakes civic elections, which are primarily considered as a three-way race between the BJP, the AAP, and the Congress, will feature around 1.45 crore eligible voters and 1,349 candidates.

On December 7, the votes will be tallied.

13,638 voting places have been put up by the Delhi State Election Commission.

After the new delimitation procedure, this is the first civic election. From 2012 until 2022, Delhi had 272 wards and three corporations—NDMC, SDMC, and EDMC—which were later reunified into an MCD, which had officially been established on May 22.