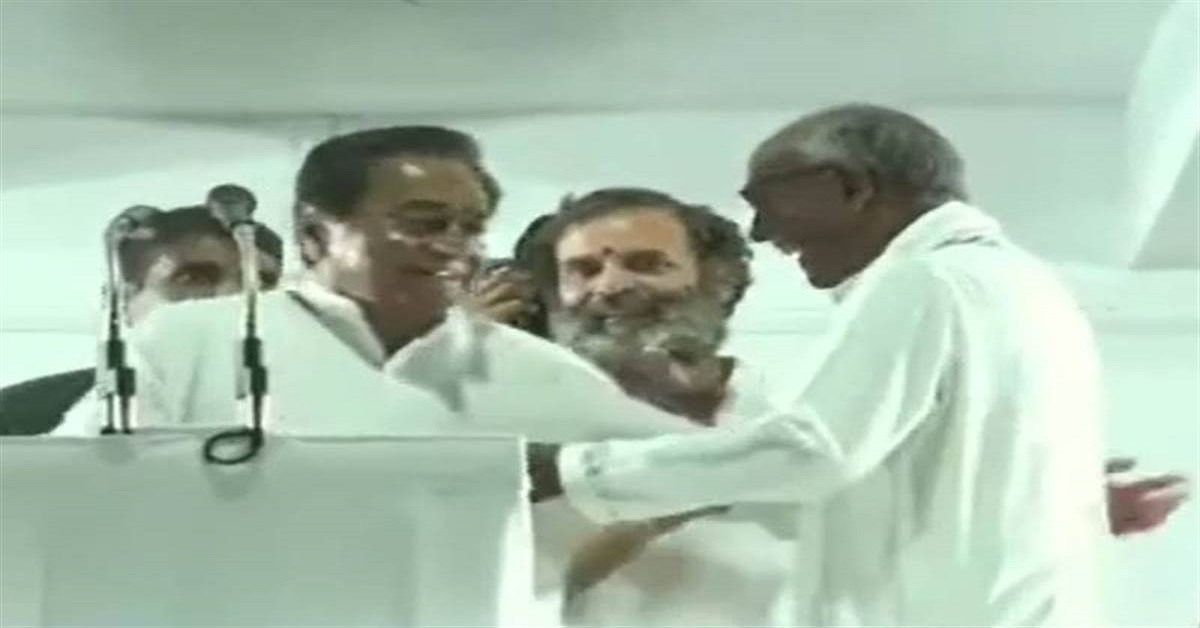 A wholesome video of two former Chief Ministers of Madhya Pradesh, and Congress top guns, Digvijaya Singh and Kamal Nath, hugging each other is making rounds on social media.

The two leaders, who are also considered rivals, were seen hugging each other, after Rahul Gandhi urges them to do so.

Dongargaon, located on the border of Madhya Pradesh and Rajasthan, was the last stop of Congress leader Rahul Gandhi’s Bharat Jodo Yatra in the state. Here Rahul Gandhi made former Chief Minister Kamal Nath and Digvijaya Singh hug each other in a Nukkad Sabha.

This incident took place when the Congress leader, who was conducting the stage, called Kamal Nath for his address. That’s when Rahul Gandhi also reached between Kamal Nath and Digvijay Singh and said first you two must hug.

Both the leaders smiled at this. So Rahul again said no, first you hug. Then the two leaders came together holding hands. After this Rahul Gandhi also came along and all three greeted the people present in the meeting.

Actually incidents of tussle and estrangement between Kamal Nath and Digvijaya Singh keep coming to the fore. BJP leaders have also taken jibe on this matter many times. In such a situation, on the occasion of the conclusion of Bharat Jodo Yatra in Madhya Pradesh, the two leaders hugging each other in the Nukkad Sabha has become a talk of the town.

I am always in the right of Kamal Nath, Digvijaya had said in Indore