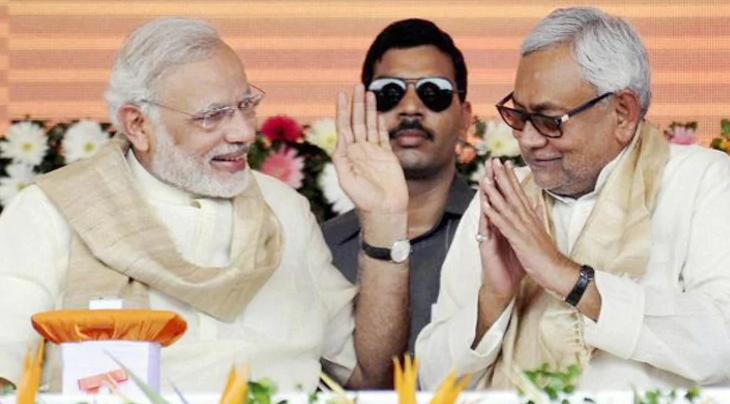 The 10-member all-party delegation from Bihar would meet PM Modi tomorrow at 10 am in the morning under the leadership of Bihar’s NDA ally Janata Dal United’s chief minister Nitish Kumar.

Speaking to reporters on the occasion of Rakhshabandhan, Kumar said some people have reached Delhi already and some will go with him. Tomorrow the delegation will meet the Prime Minister Narendra Modi at 11 am morning. Talking about the importance of issue, Kumar told the reporters that it is a crucial issue and it would be not just for Bihar, people in the whole country will benefit from this. It should be done at least once, he said.

However, the BJP had not been keen to conduct caste based census but their Bihar ally Janata Dal United’s Nitish Kumar believed that they did not object when the state assembly passed a resolution in favour of caste-based census.

Not just the JDU chief Nitish Kumar, several Bihar leaders, cutting across party lines, had had been repeatedly demanding caste census, which has not happened in India since the British period. Kumar had earlier said that a  caste-based census s in everyone’s interest and concern that such a census will upset a group of people is baseless.

The entire political spectrum seems to be united in having a caste census, a senior government official admitted. The pressure from BJP-ally Nitish Kumar on the Modi government to order a caste census is reminiscent of then UPA allies Lalu Prasad and Mulayam Singh Yadav putting similar pressure on the Manmohan Singh government in 2010 to have a caste census.

Ahead of Uttar Pradesh Assembly polls, it is tricky call for the Narendra Modi government because the party achieved thumping majority in the biggest state after a gap of 14 years on the back of strong support from the OBCs. But, however, the BJP remains committed to its core upper-caste voter in Uttar Pradesh, especially at a time when the construction of the Ram Mandir is expected to be a major poll plank in the 2022 elections.