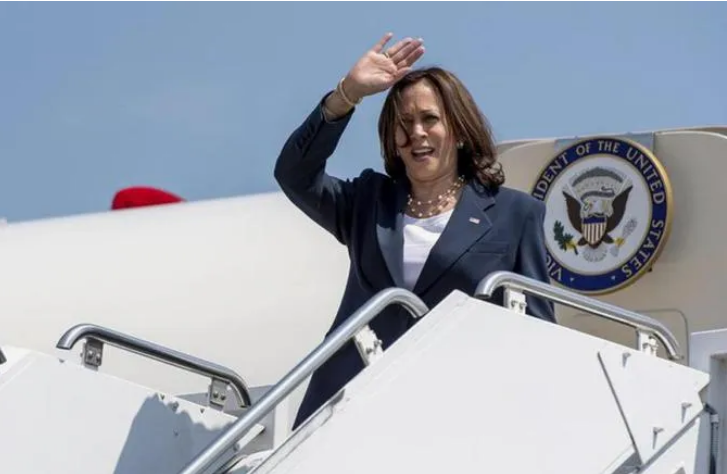 Amid mounting criticism against the President Joe Biden-led US administration for its decision to withdraw US forces from Afghanistan, the Vice President Kamala Harris on Sunday begin a trip to Asia to offer reassurances of Washington’s commitment to the region after the chaotic US pullout from Afghanistan and Taliban takeover.

The Taliban’s takeover of Kabul a week ago pushed Afghanistan into a catastrophic situation and desperate scenes from Kabul airport where thousands trying to flee, have cast another shadow over the United States’ status as a global superpower.

Harris’s Asia tour comes a week after the fall of Kabul to the Taliban and an impending US withdrawal from Afghanistan. His visit is expected to put focus back on countering China as criticism over America’s Afghan policy mounts at home and abroad, reported the Wall Street Journal on August 20.

Harris, an Asian-American whose mother was of Indian origin, landed in Singapore on Sunday and will start her activities Monday by meeting the city-state’s leaders and is scheduled to visit Hanoi on Tuesday.

Harris will seek to allay concerns about the USA’s dependability during her visit, which includes stops in Singapore and Vietnam where she will meet political leaders and seek to assuage apprehensions of America’s reliability as an ally.

The Vietnam leg has sparked criticism, with some accusing Harris of being tone-deaf for visiting the communist country as US forces struggle to evacuate Americans, other foreigners and Afghan allies from Kabul airport.

The crisis has prompted comparisons with the trauma of 1975 Saigon, when US helicopters ferried final evacuees from the embassy roof, as Viet Cong troops advanced.

However, the US officials said that the trip was planned long before the Afghan debacle.

At a time when China is challenging US political sway and naval dominance in the Indo-Pacific region, the Southeast Asia remains strategically as well as economically important to the United States.

Tricky call for Modi govt before UP polls: Nitish Kumar says caste census should be done at least once