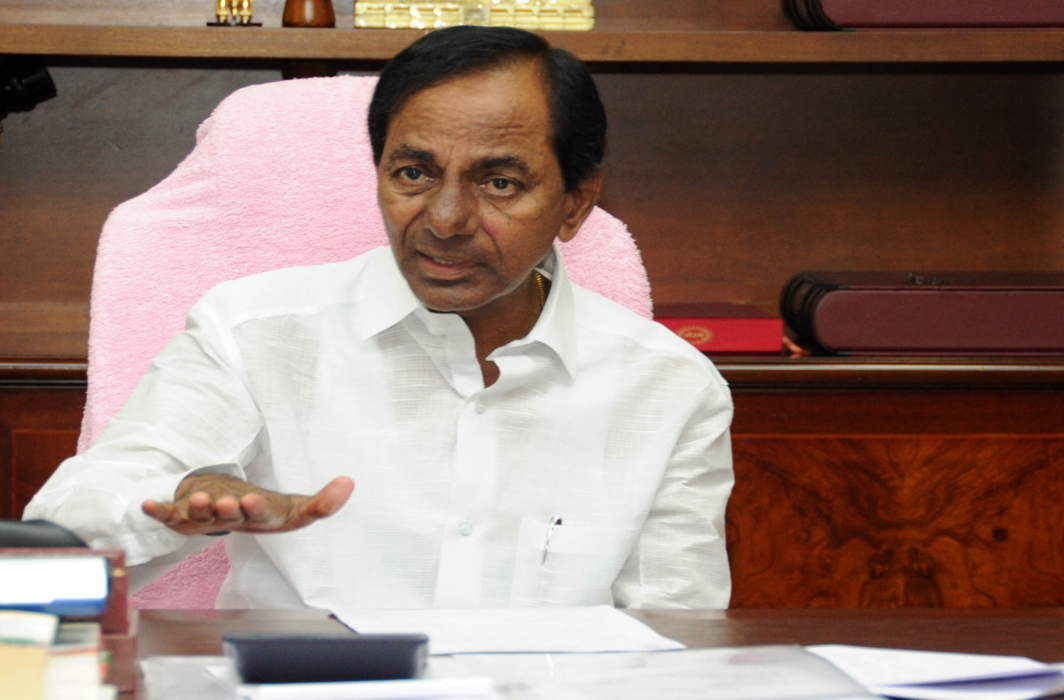 Telangana Chief Minister K Chandrashekhar Rao on Thursday slammed the Prime Minister Narendra Modi’s today’s speech in Hyderabad and said that there has been enough bhaashanbaazi (speeches) and promises but the situation in the country has been getting worse.

Speaking at rally in Hyderabad, PM Modi said that the struggle for Telangana was not for just one family to rule using all possible tactics. The country’s youth are not getting a chance in politics because of dynastic parties, he said.

Responding sharply to the PM’s remarks, Telangana Chief Minister’s party said that PM Modi did not speak like the PM of the country, only the leader of the BJP.

There would soon be change at the national level and teased sensational news in a few months, KCR said after meeting with former Prime Minister HD Deve Gowda. He was addressing the media after PM Modi’s speech in Huderabad.

In a sharp attack on PM Modi, who targeted him on his home turf Hyderabad today even as he was away in Karnataka, KCR also claimed that the farmers, Dalits and tribals are still unhappy with the government policies.

Prime Minister Narendra Modi is in Hyderabad today to attend an event at the Indian School of Business.

Telanagana CM KCR avoided meeting with the PM Modi today for the second time in the last 4 months. On being asked why KCR was not present to welcome PM Modi in Hyderabad, the TRS spokesperson replied that the KCR did not need to be there.

This year in February, he had also skipped meeting with PM Modi citing some health reasons.

PM Modi had visited Hyderabad to unveil the statue of equality at Muchintal.

In his efforts to form a front to take on the BJP in 2024, Rao or KCR has been meeting with opposition leaders across the country.

Navjot Sidhu to work as clerk at Patiala Central Jail, officials say he will work-from-cell for security reasons