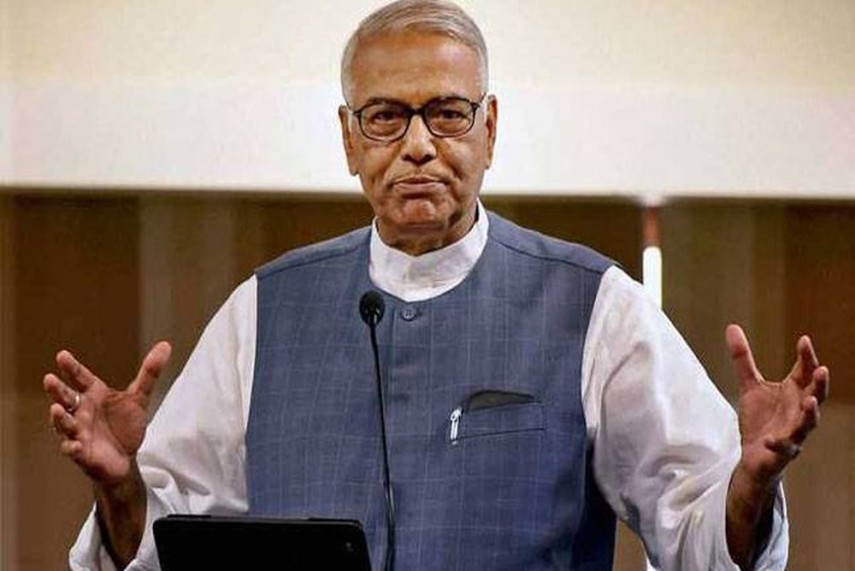 Ahead of opposition parties meeting to discuss their joint candidate for the upcoming presidential elections, Trinamool Congress leader and former Union Minister Yashwant Sinha’s recent tweet has intensified the speculation of him being considered as the opposition’s candidate for the upcoming presidential election. His tweet has set off a buzz and indicated that his party could now float his name as a probable nominee for the July elections.

Trinamool Congress vice-president Yashwant Sinha resigned from all party posts. He is likely to be the common Opposition candidate for the Presidential election 2022.

Announcing his resignation, Sinha tweeted he is grateful to Mamata Banerjee for the honour and prestige she bestowed on him in the Trinamool Congress. Now a time has come when for a larger national cause he must step aside from the party to work for greater opposition unity. He confident that she approves of the step, he tweeted.

Yashwant Sinha, who has served as India’s finance and foreign minister, had quit the BJP in 2018. He has been the vice president of the Trinamool Congress.

While the Opposition seems to be in a bit of a struggle to pick their candidate for the Presidential polls, the BJP is set to hold its parliamentary board meeting in Delhi on Tuesday where it is likely to finalise its nominee for the election slated to be held on July 18, sources said.

Last week, Mamata Banerjee had been invited for a meeting with 22 non-BJP leaders in Delhi.

The NCP, Trinamool Congress and other opposition parties was held a meeting on June 15 to build a consensus to field its joint presidential candidate against the NDA for the July polls.

At Tuesday’s meeting, the AIMIM chief Asaduddin Owaisi was also been invited and party’s Aurangabad MP was attended the meeting. He also thanked the NCP chief Sharad Pawar for the kind invitation.

The process is underway to elect a new president. It was started from June 15 and the last date for filing of nominations is June 29.

Next-gen Maruti Brezza to hit showrooms on June 30, know everything about mid-size SUV